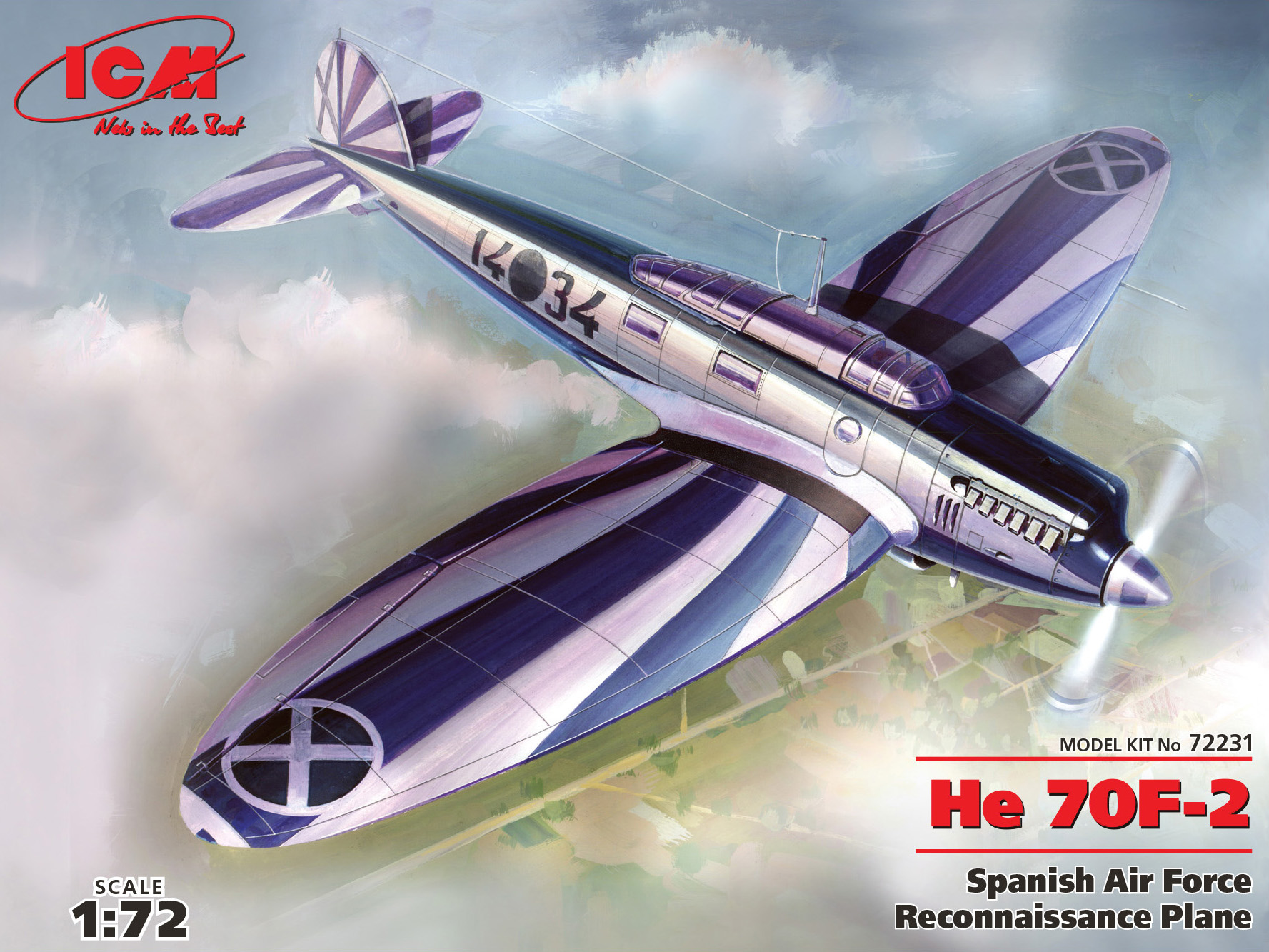 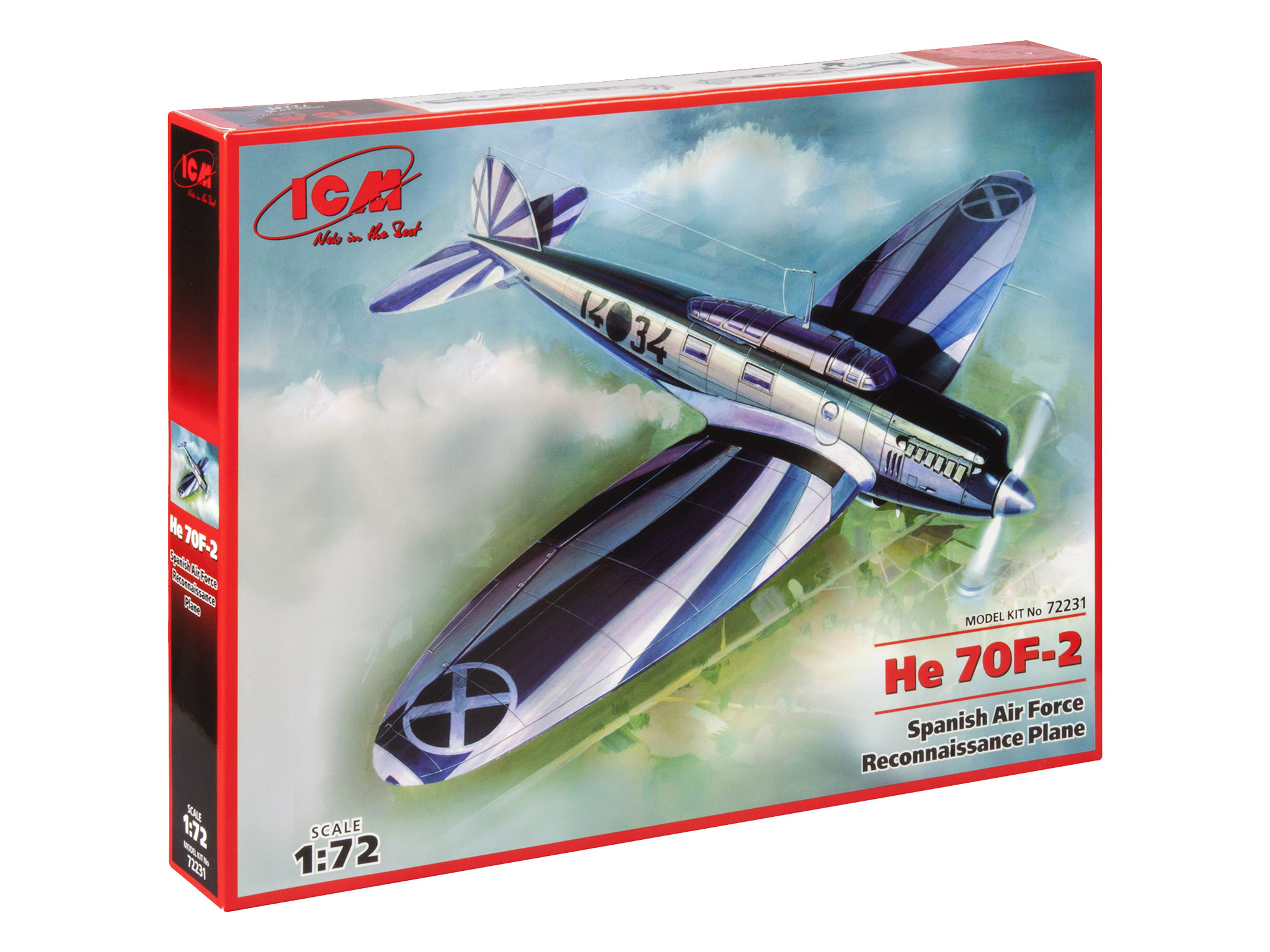 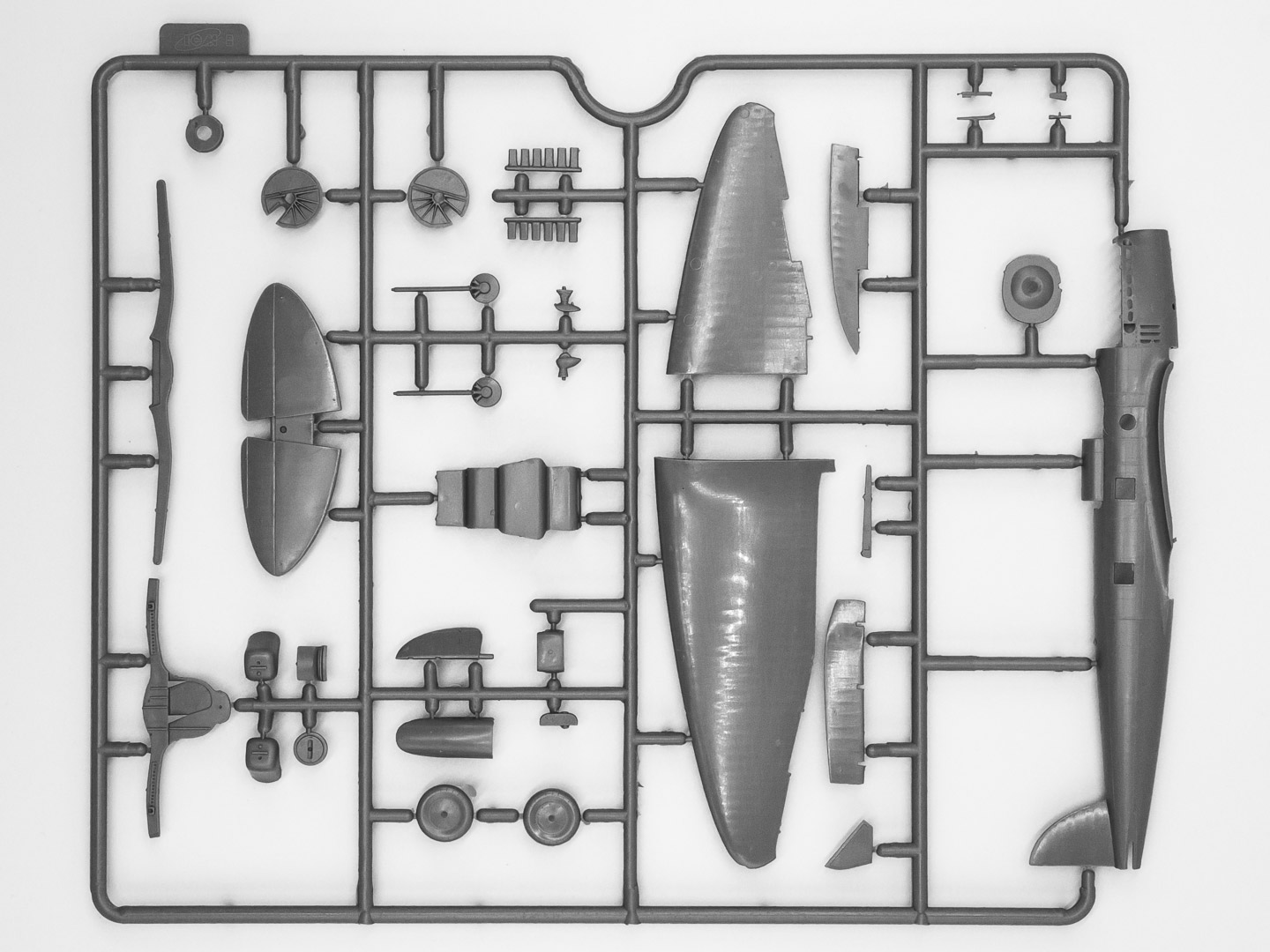 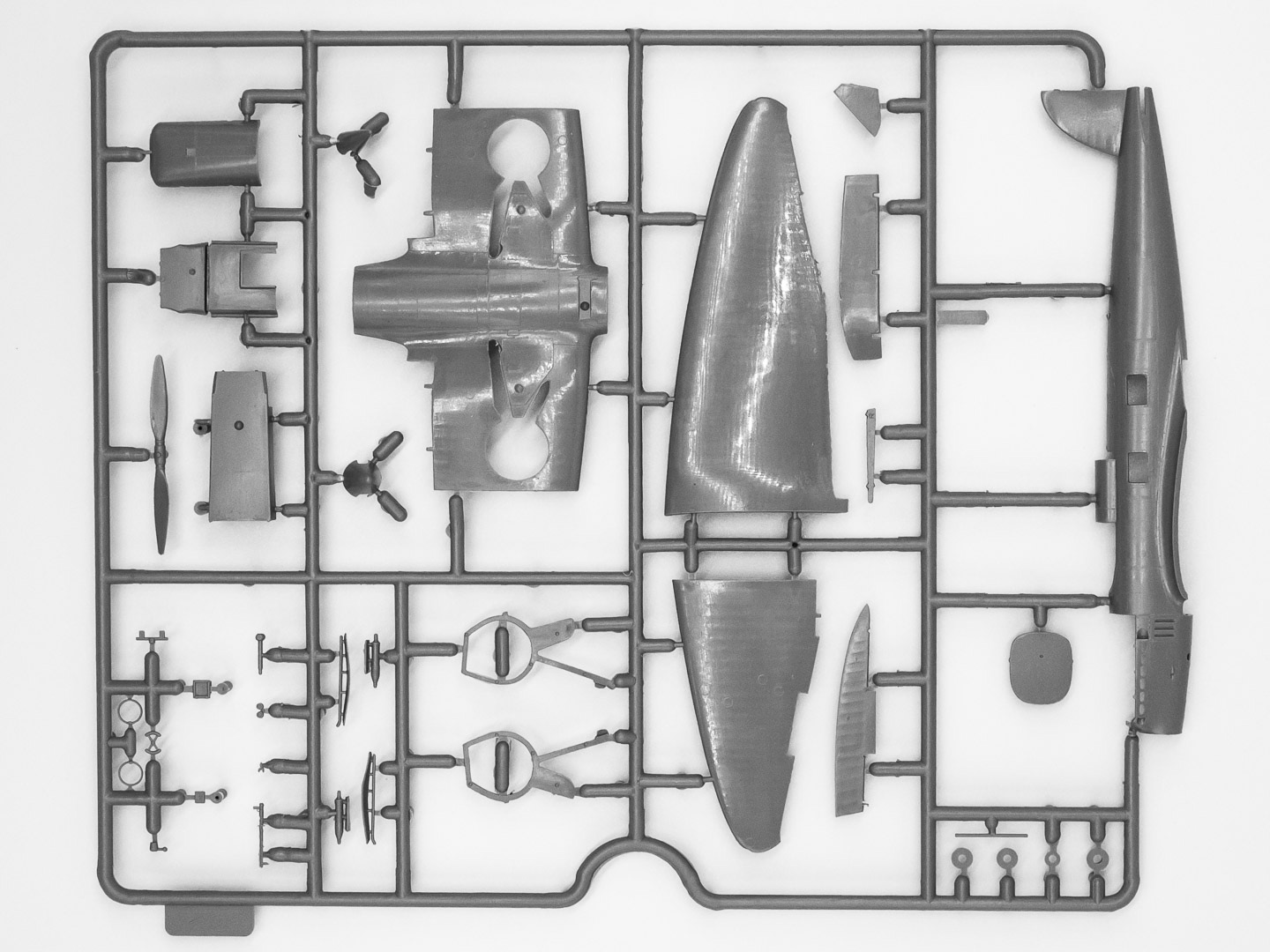 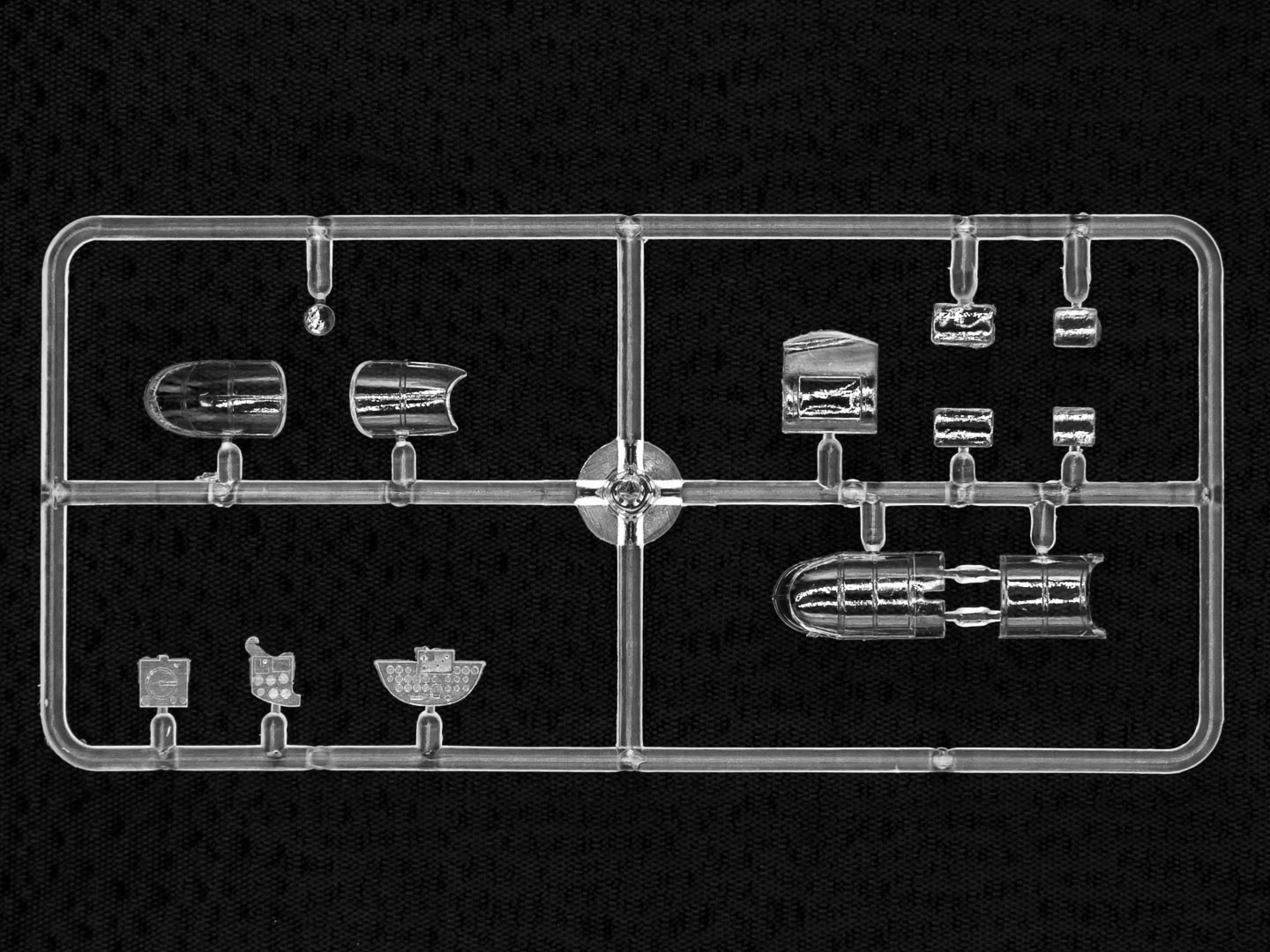 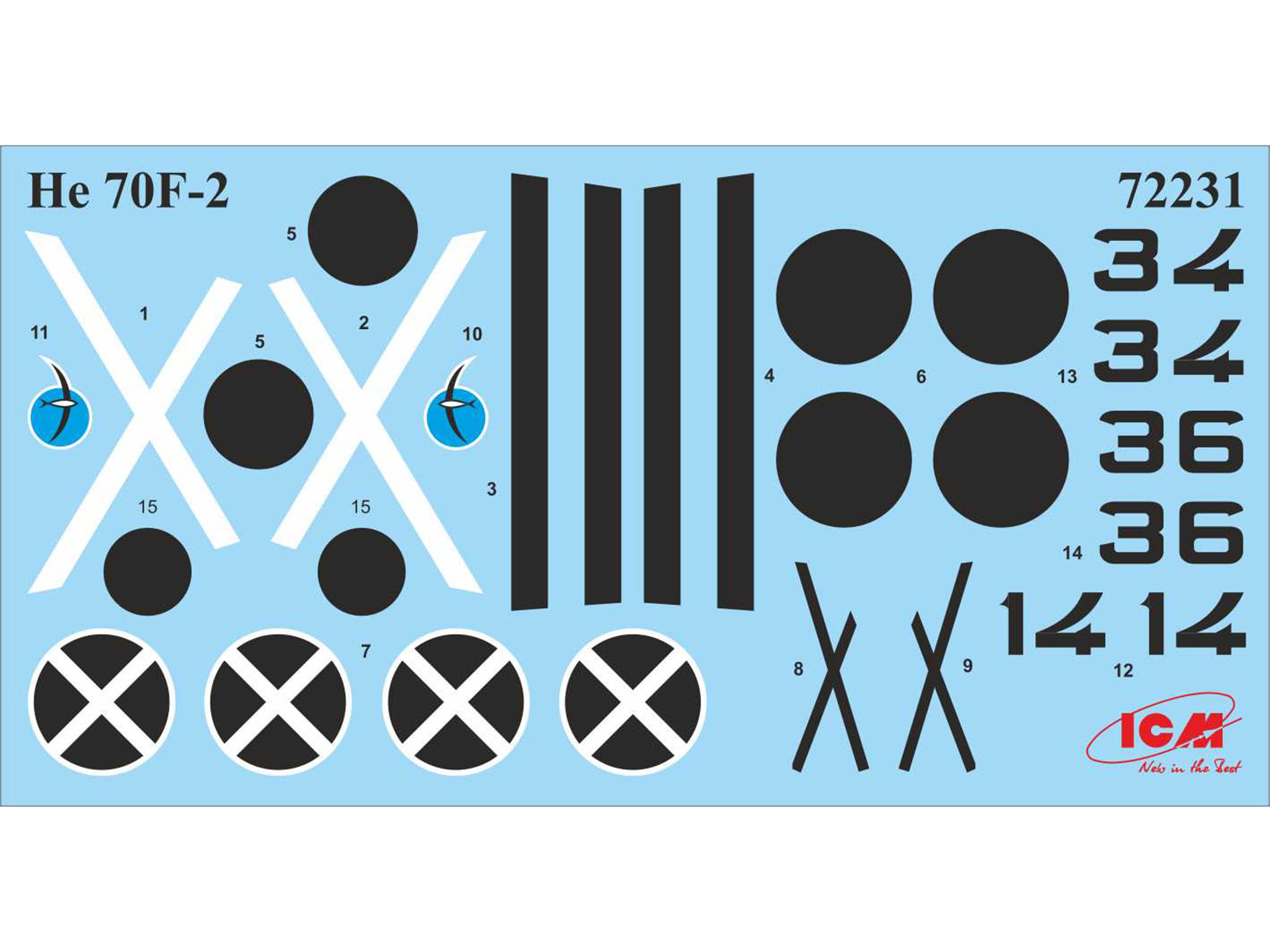 Heinkel He 70 became one of the first high-speed planes that were appeared in the beginning of 30s. He 70 was designed by Gunther brothers by the order of the Lufthansa Company for new passenger aircraft. It founded new standards of the aerodynamical perfection. It was a very clean shape monoplane with elliptic-shaped wing and retractable chassis.

The first prototype made his first flight December 1, 1932. The second aircraft was ready in February, 1933. It attained eight world speed records. In late autumn 1934 it began production of the armed version of the aircraft – Не 70F-2 reconnaissance plane.

The baptism of fire for the He 70 became Spanish Civil War. German Legion Condor included A/88 squadron with 12 Не 70F-2. Their main aim was air reconnaissance, but sometimes they carried out bombing missions. Up to the March 1937 next 13 He 70 were added. In the summer 1937 12 aircraft were transferred to Spanish Nationalists.

In 1938 Germans delivered to Franco some more Не 70F-2, and general quantity of them in Spanish Nationalist Air Force was increased to 30 aircraft. They widely used, for example, in battles near Teruel, in Aragon and Ebro river.