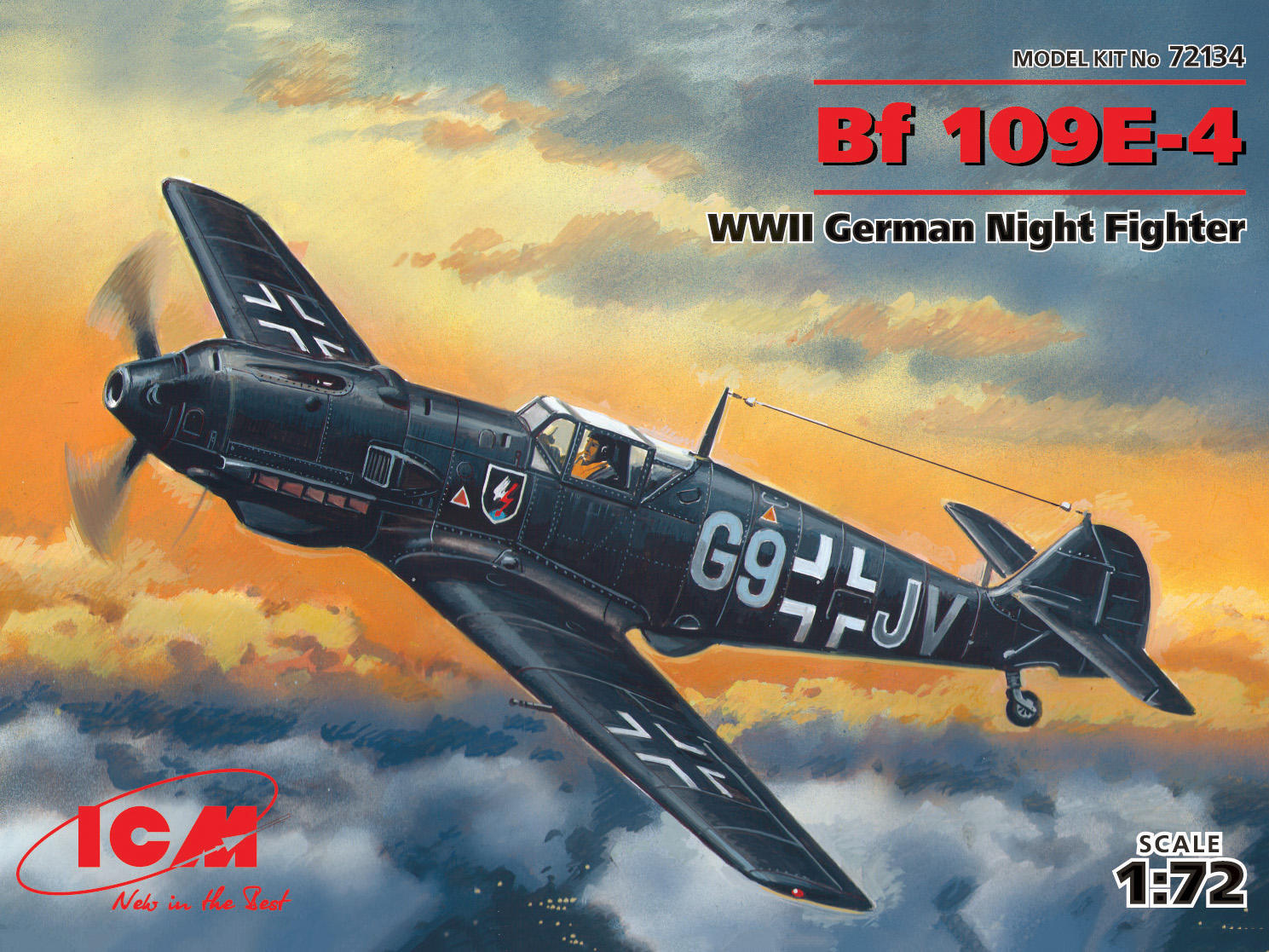 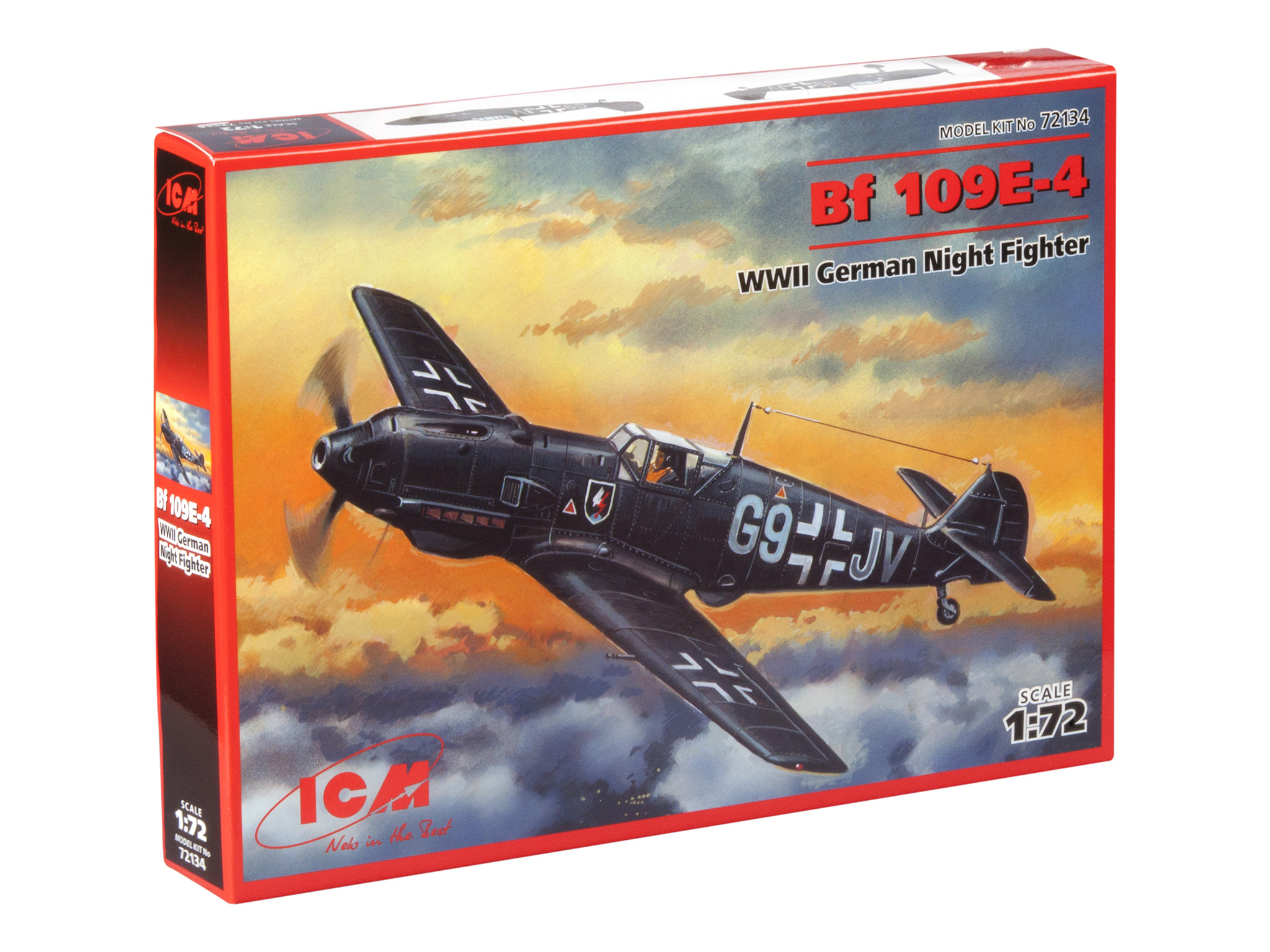 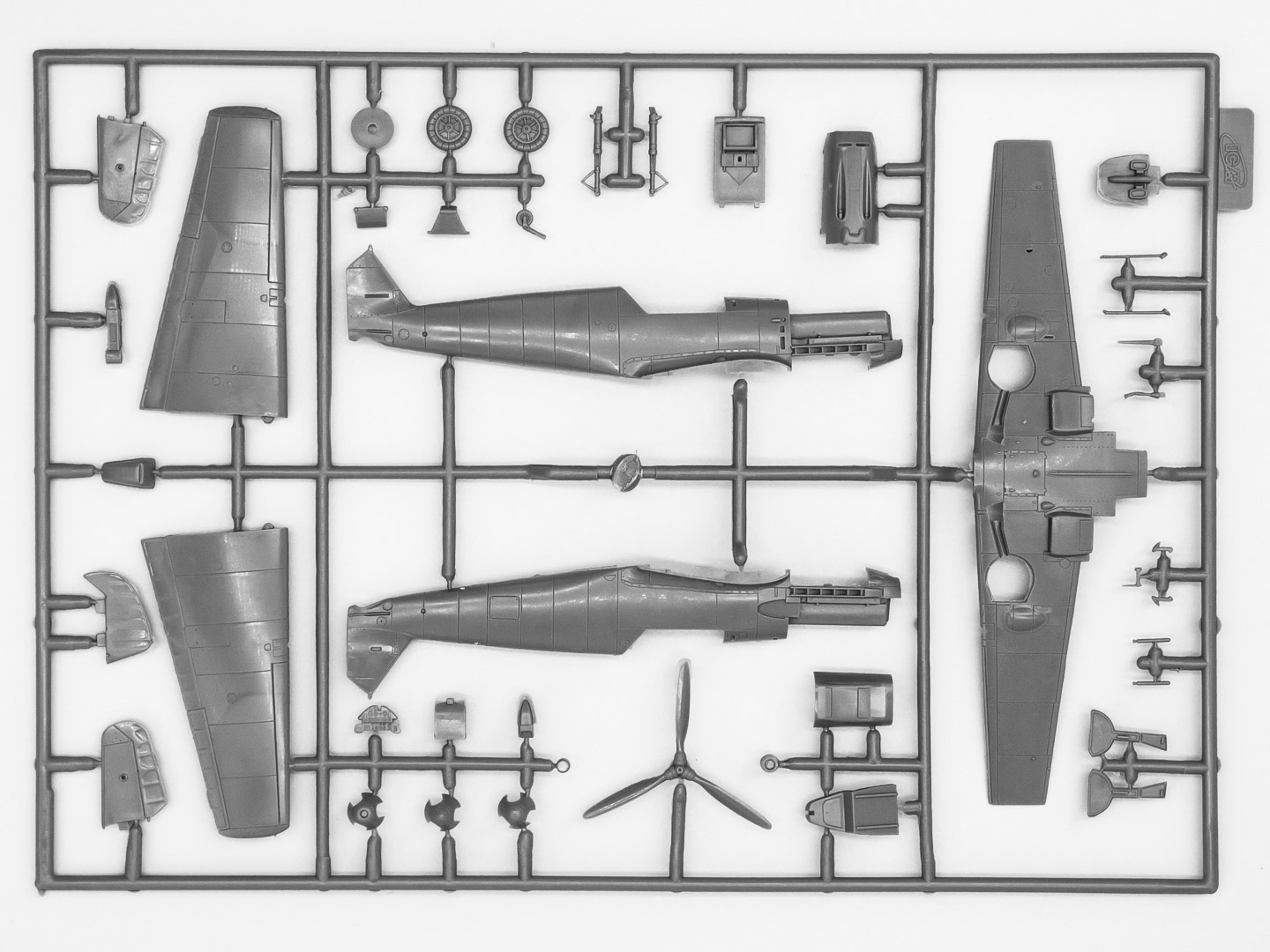 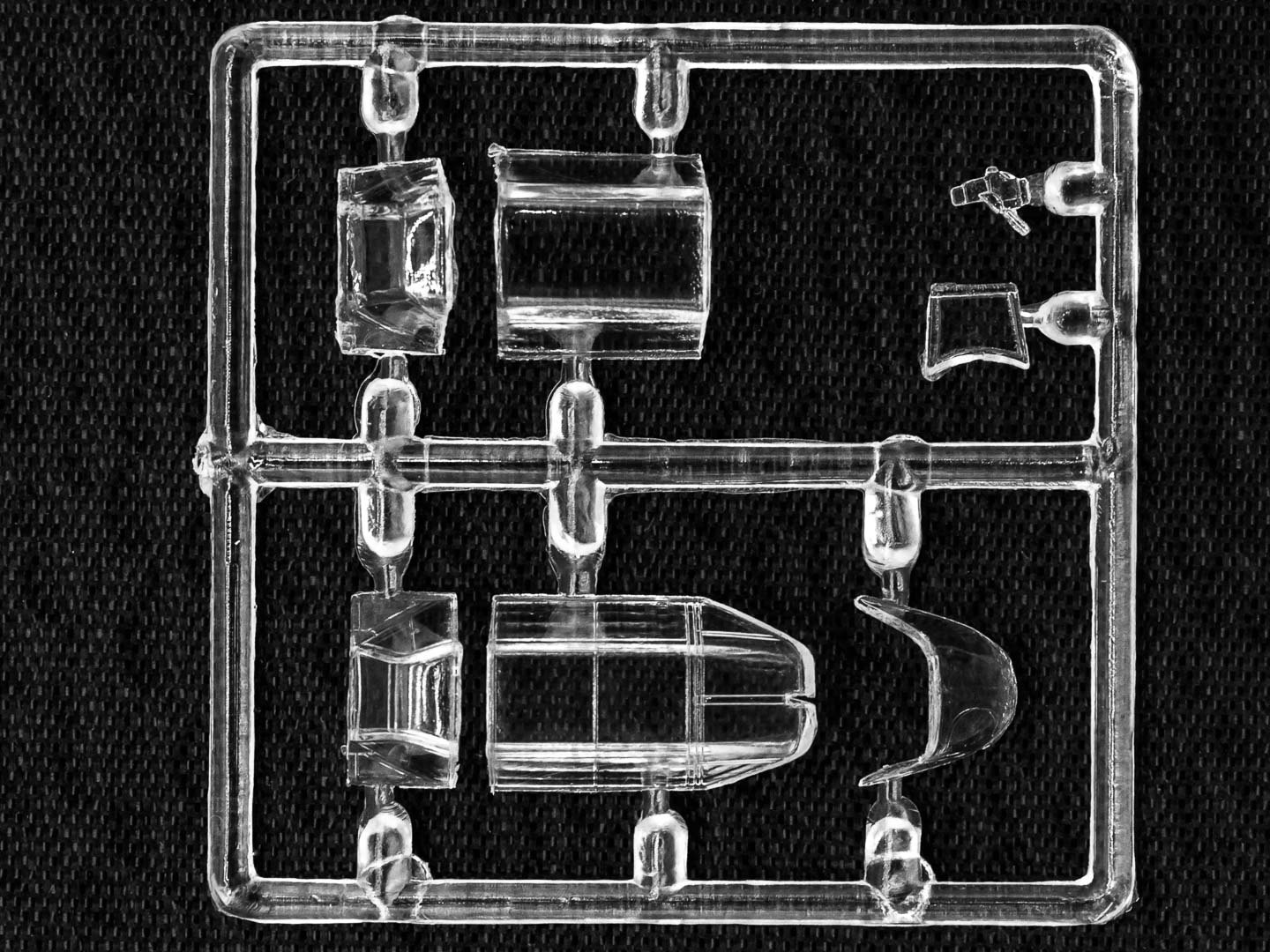 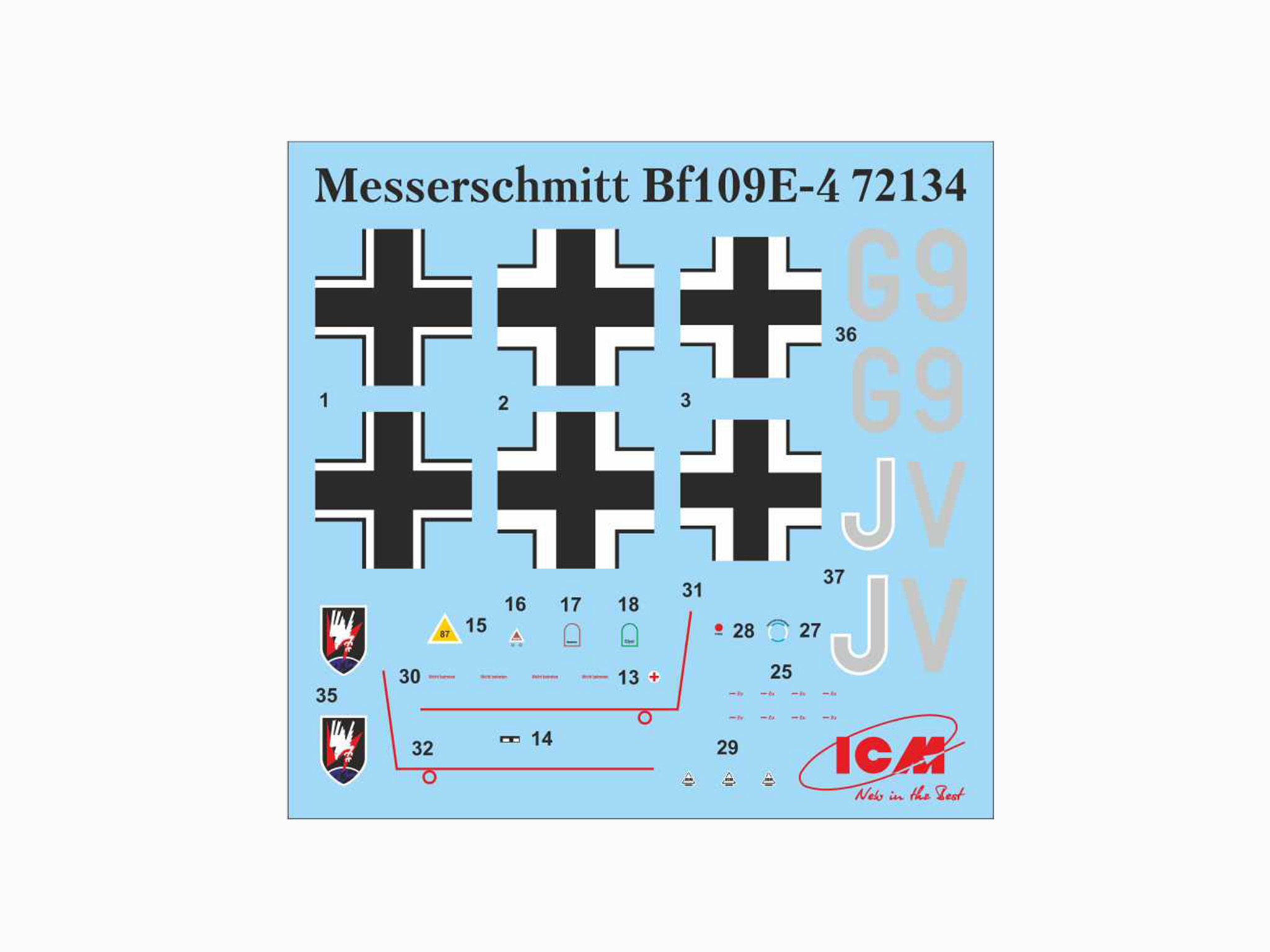 The model represents the company’s ICM Bf 109E-4 of NJG 1 (night fighter squadron) aircraft of Germany in a non-standard black color. Model Bf 109E production ICM is the most exact replica of the aircraft on a scale of 1:72.

Messerschmitt Bf 109 – the symbol of the German Air Force air power in World War II. The plane belonged to the first generation of high-speed fighter-monoplanov 30’s, but later versions were made before the end of the war.

Modification Bf 109E was launched in 1938, Bf 109E-3 became the first massovovo produced German fighter aircraft. They participated in the Polish, Norwegian and French campaigns in the years 1939-1940 During the Battle of Britain (August-October 1940) received by the fighter Bf 109E-4. The main difference was the new canopy. Some planes were used as a night fighter aircraft parts in the Reich during the 1941