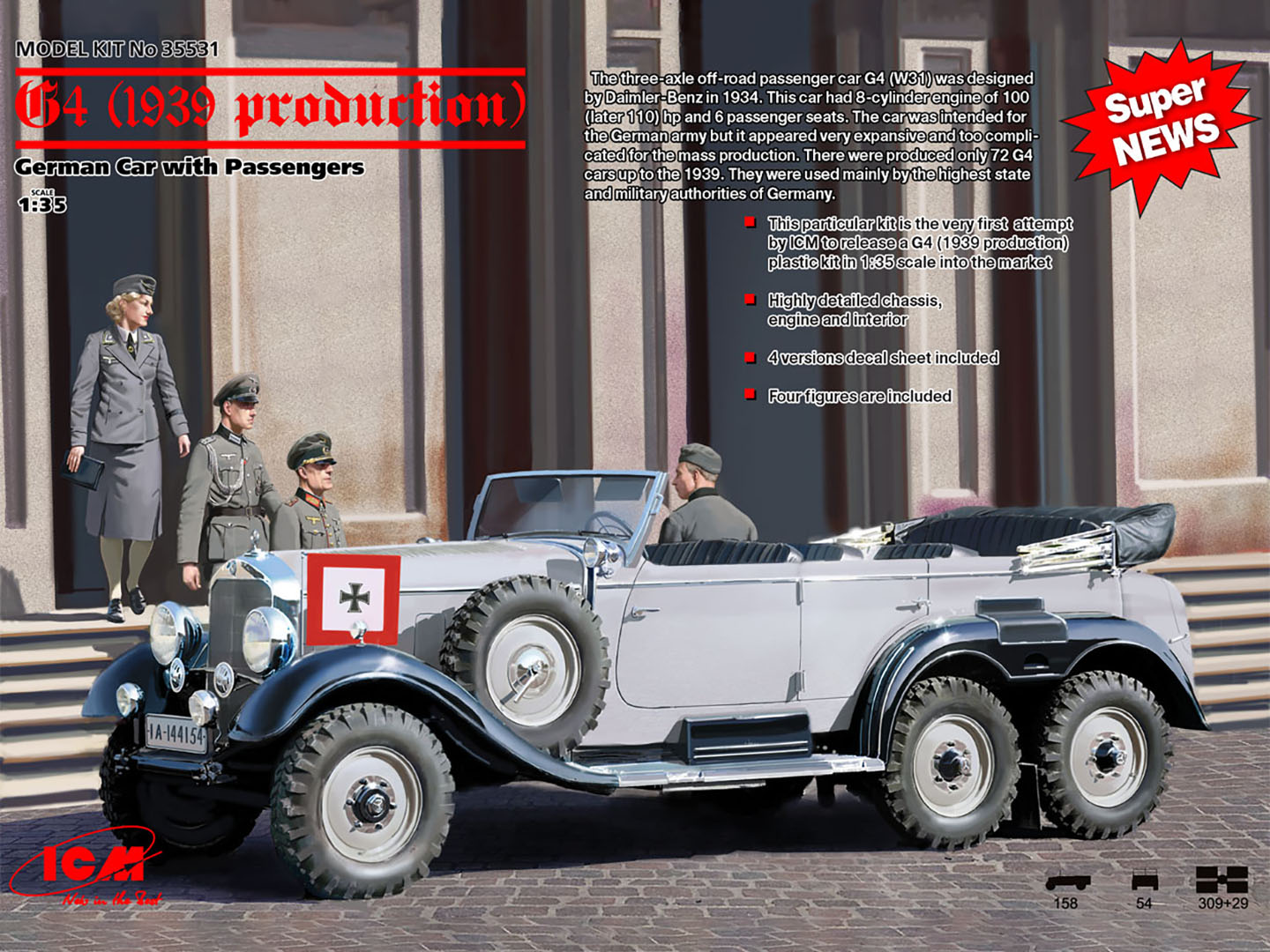 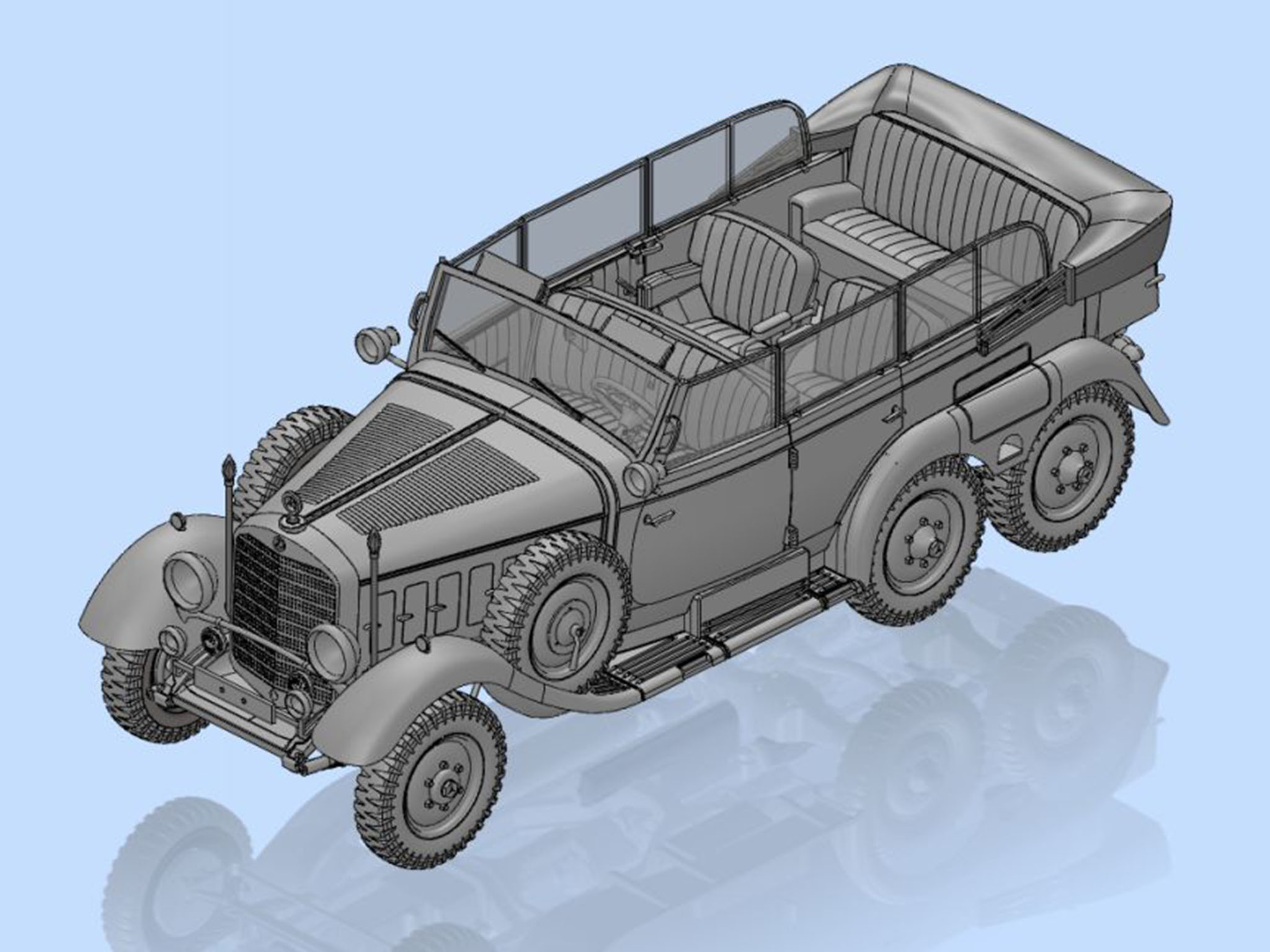 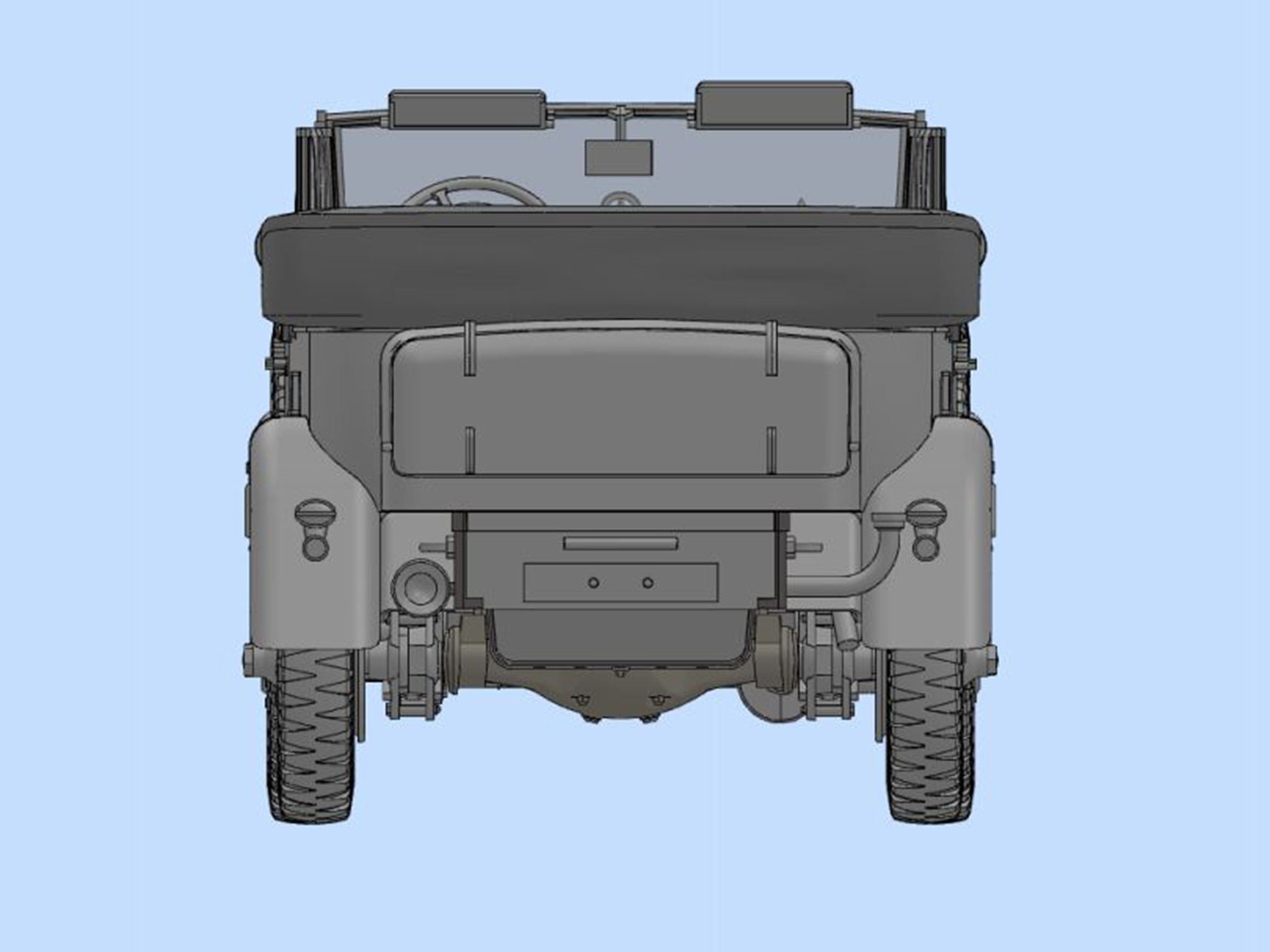 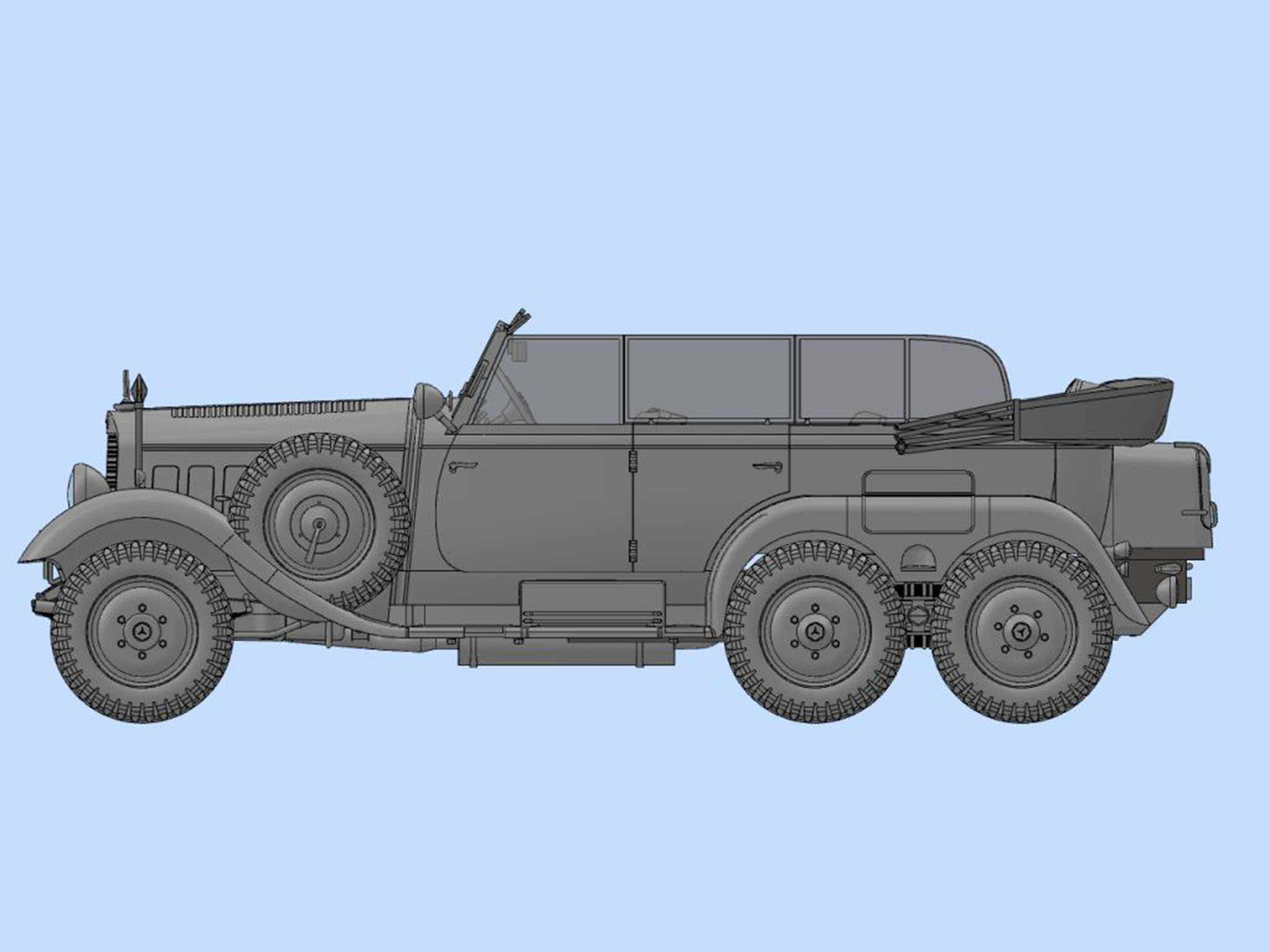 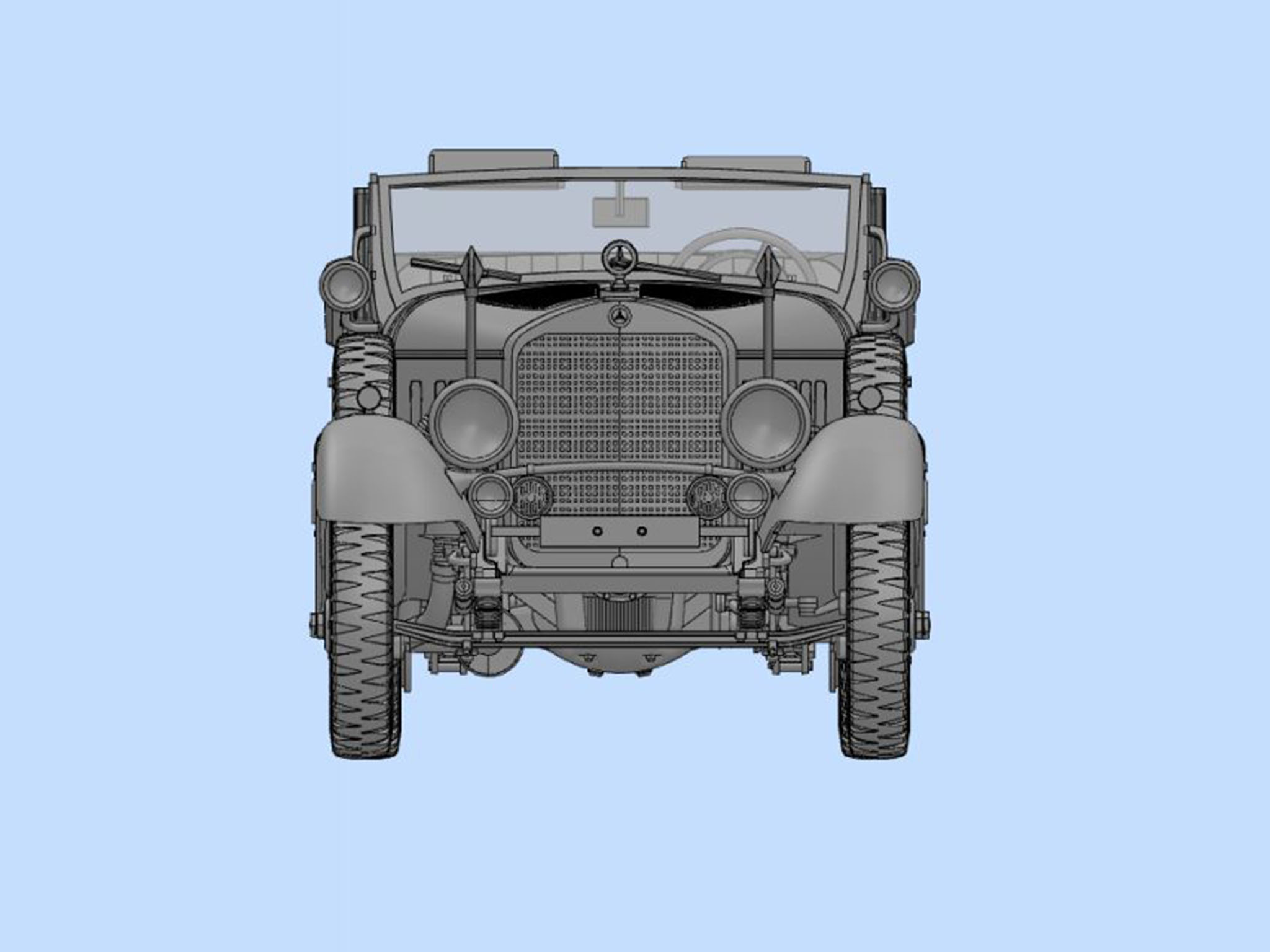 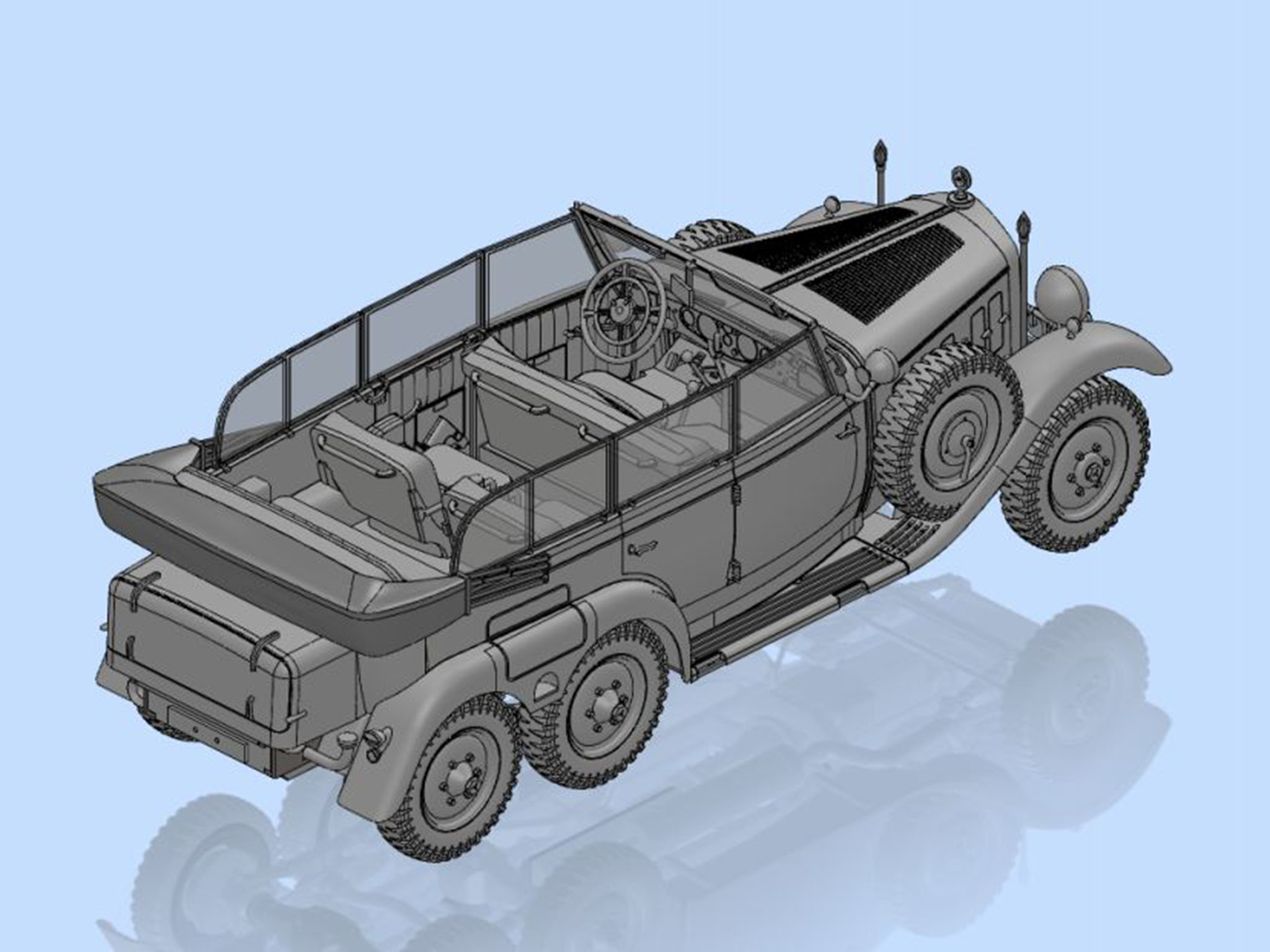 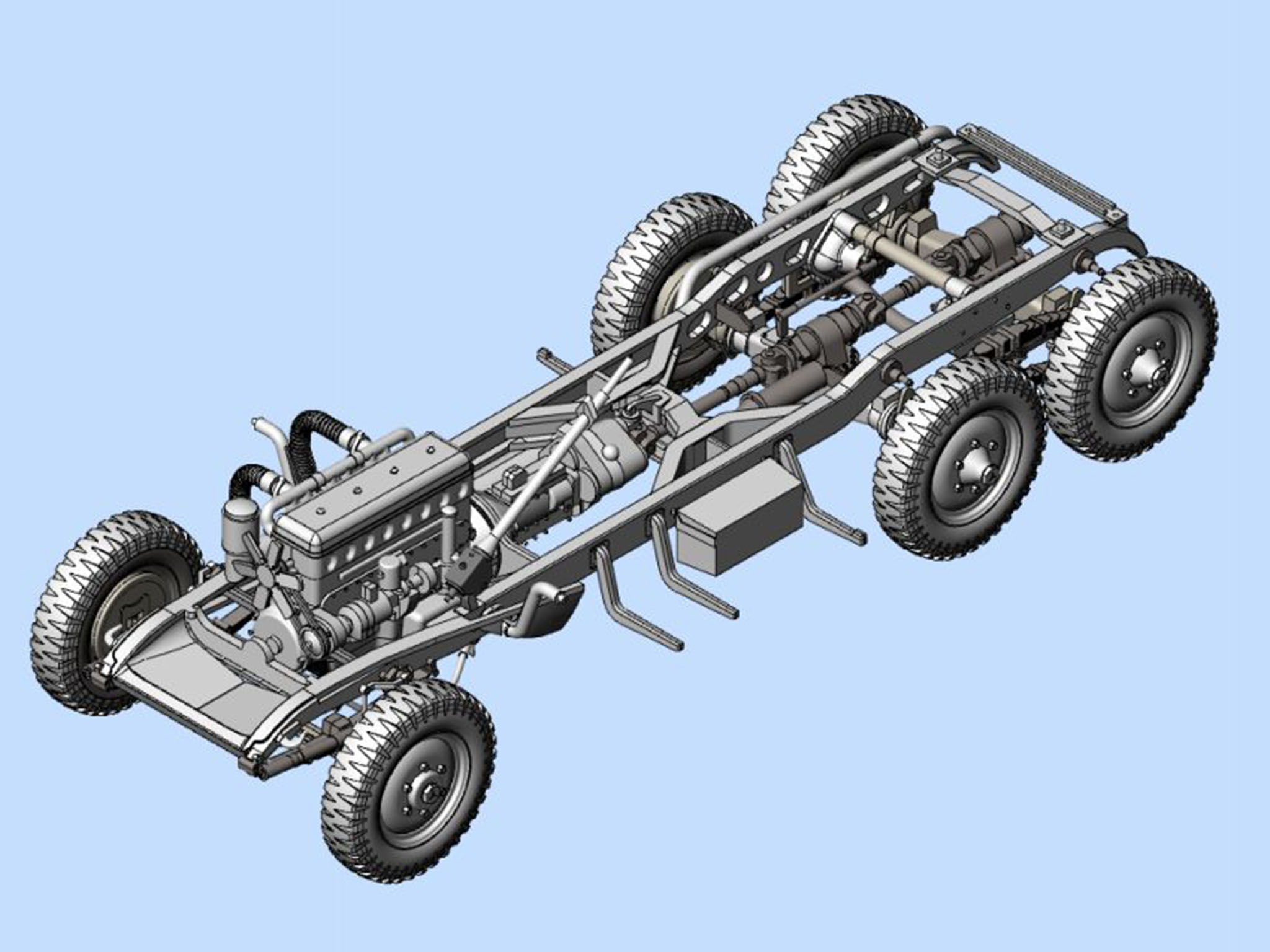 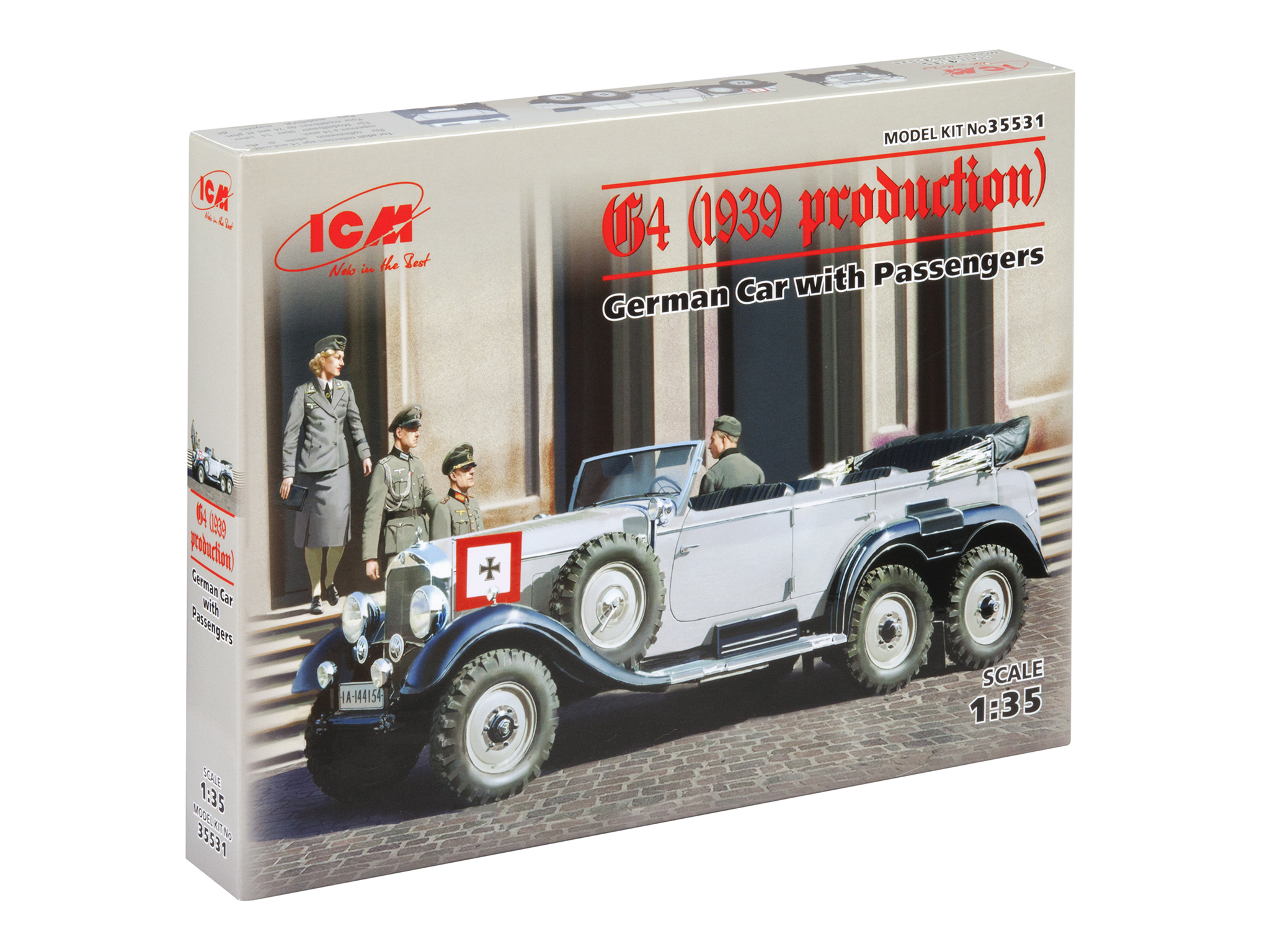 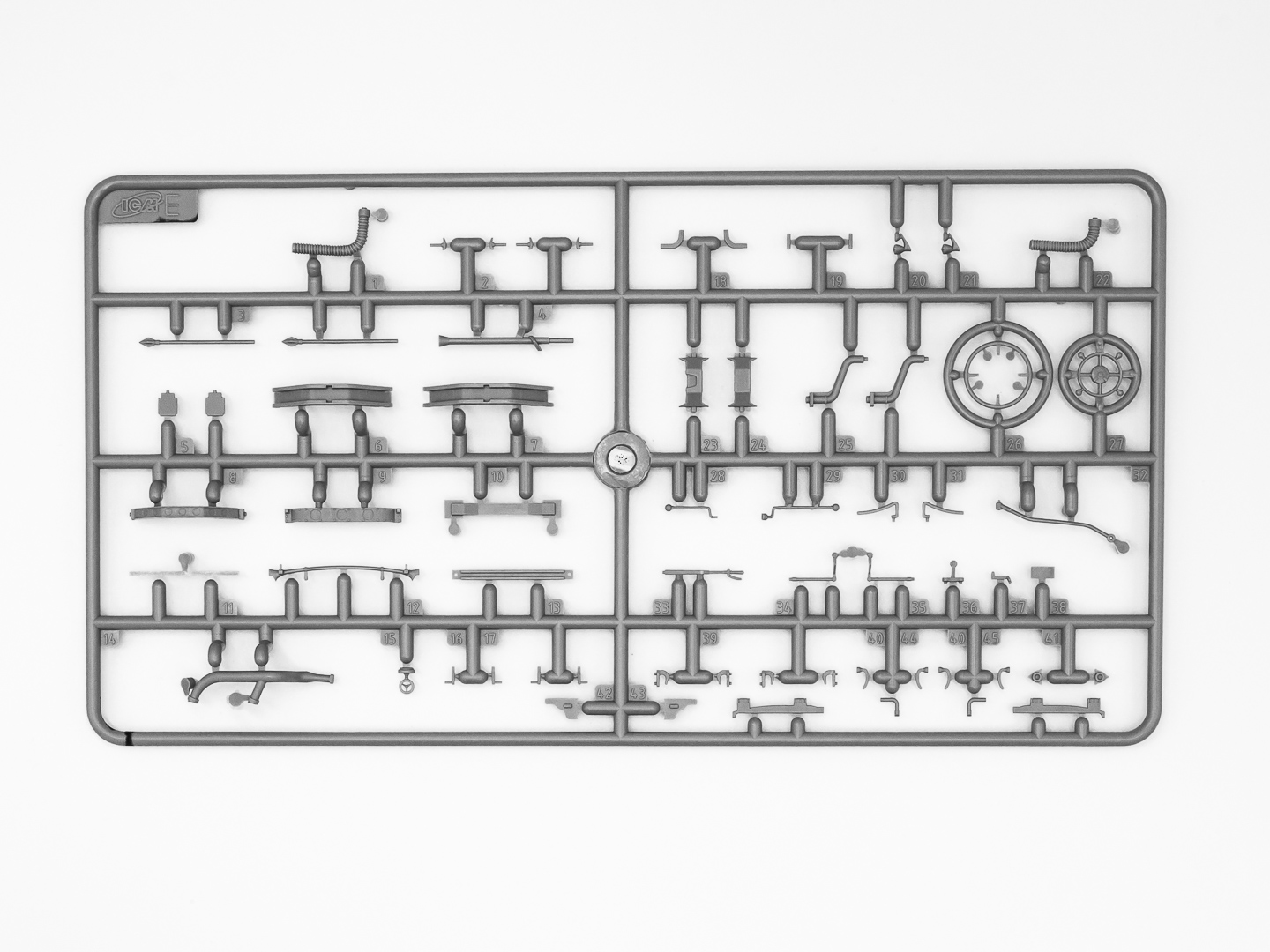 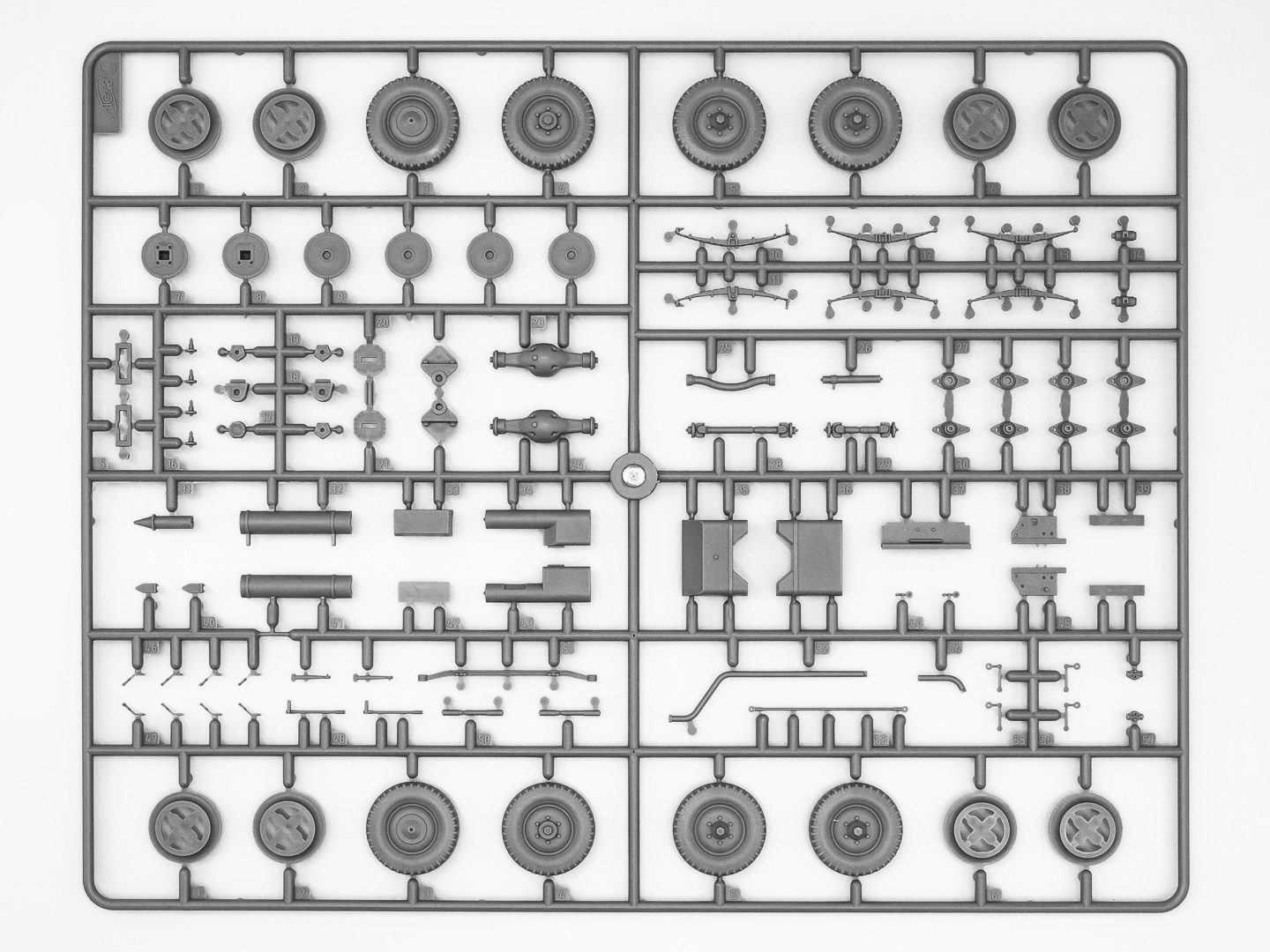 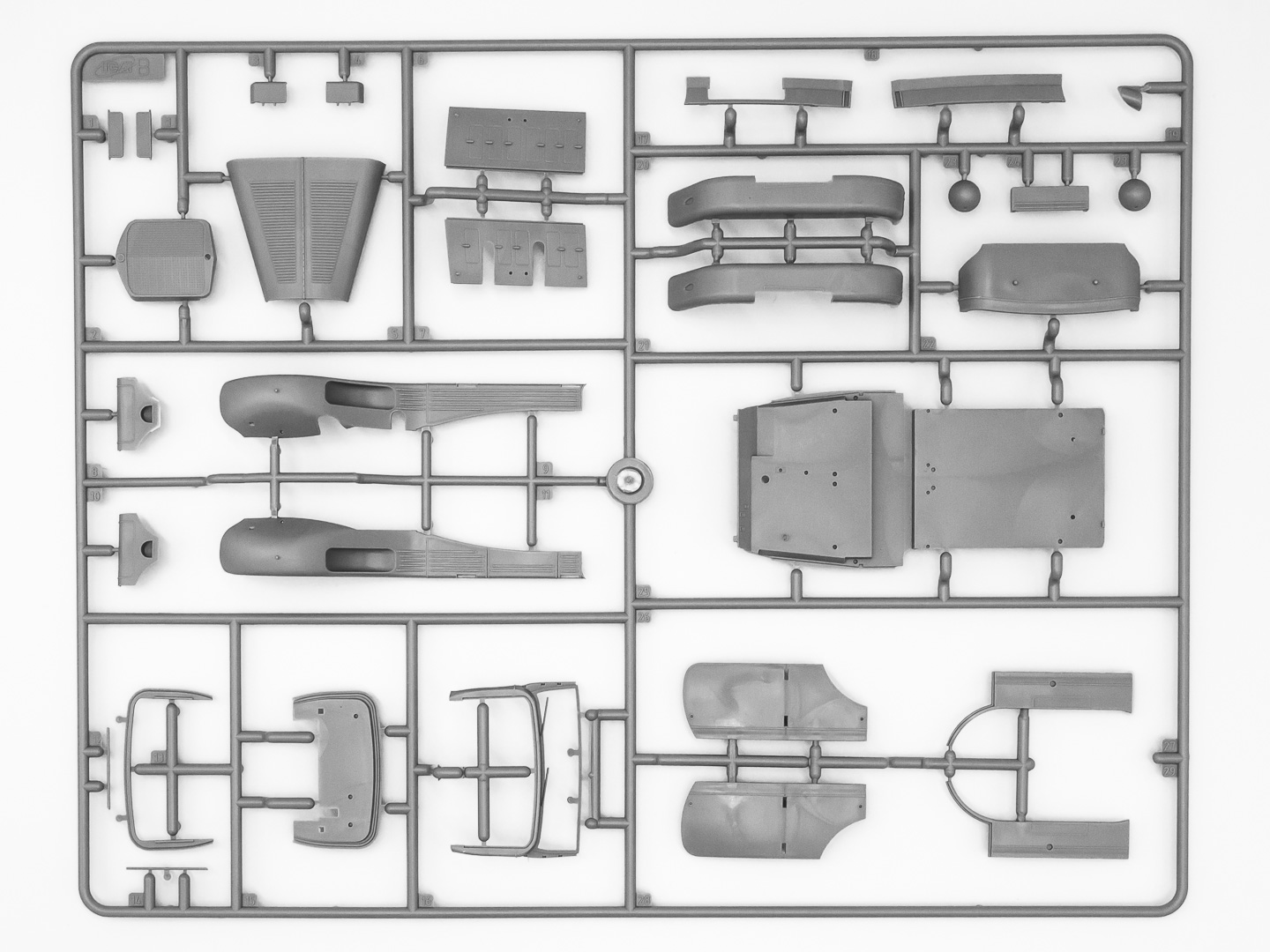 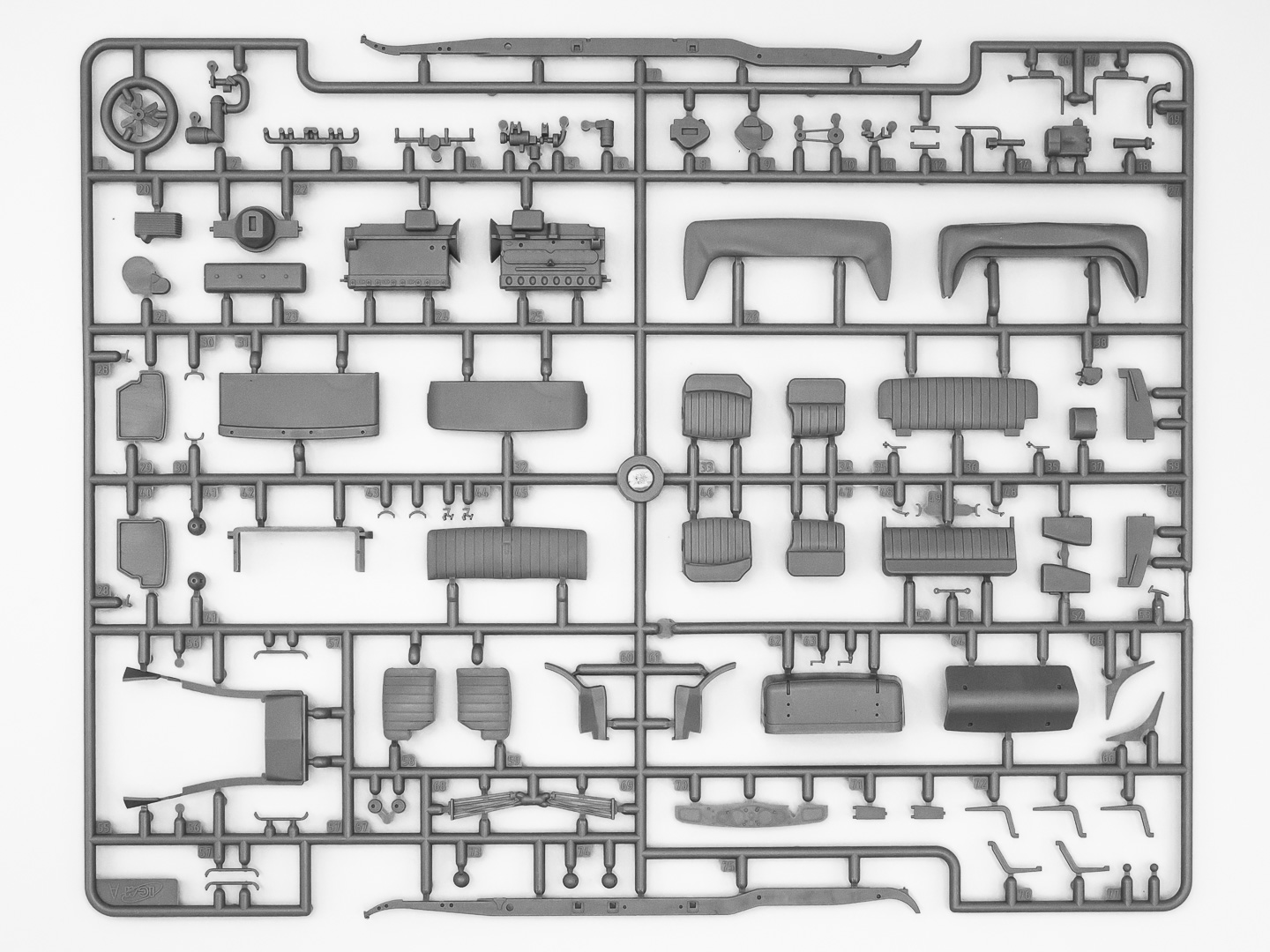 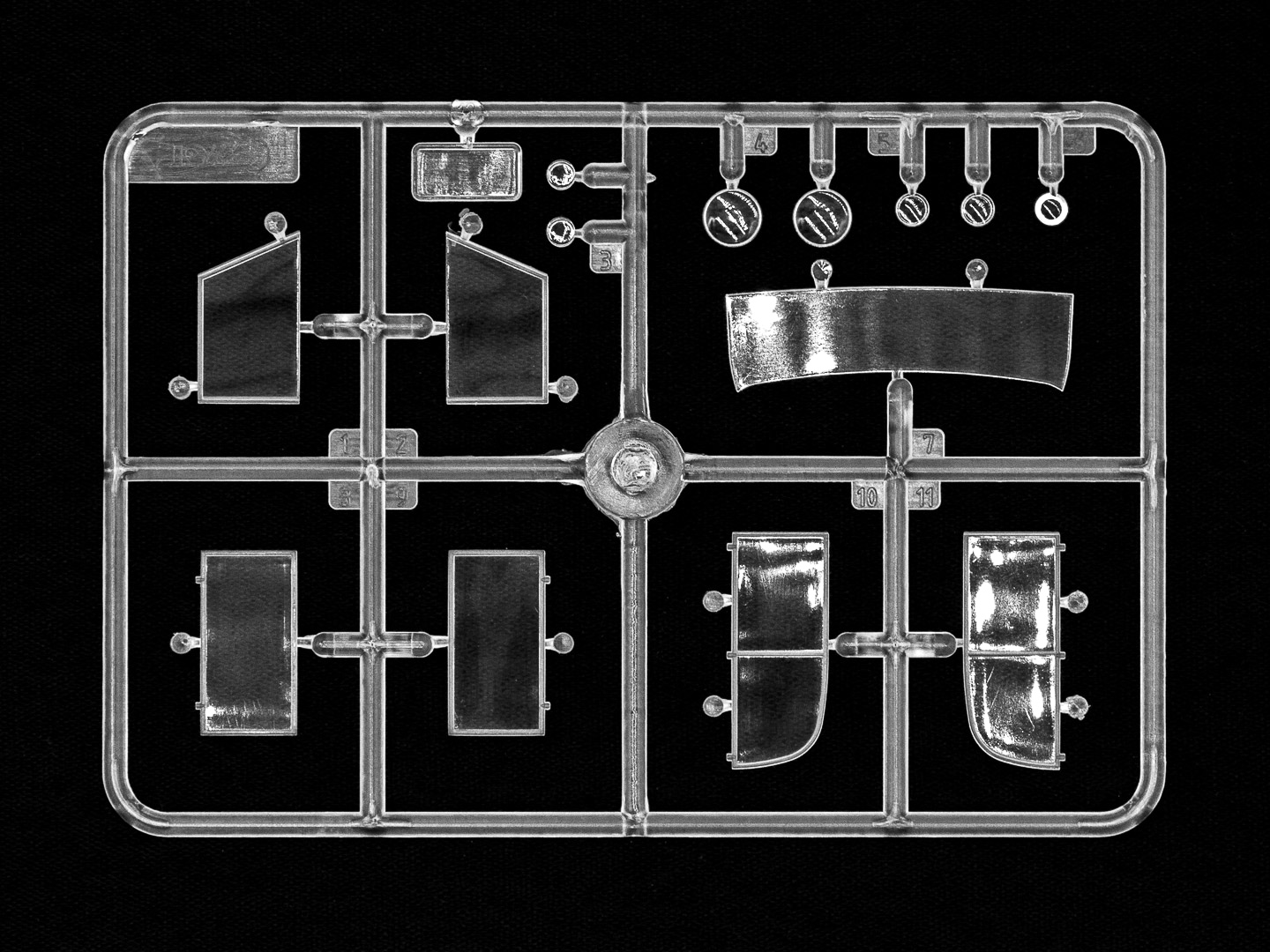 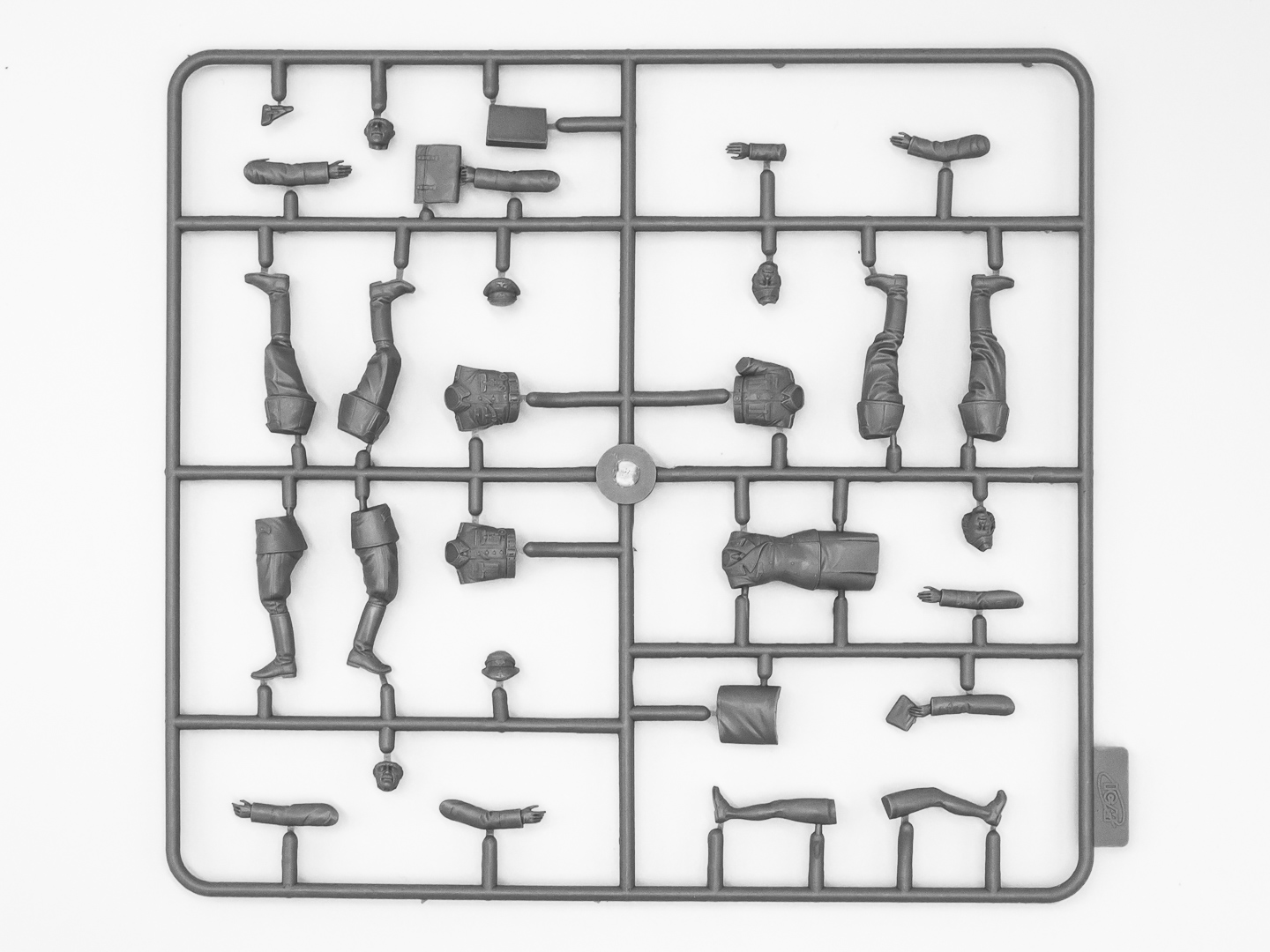 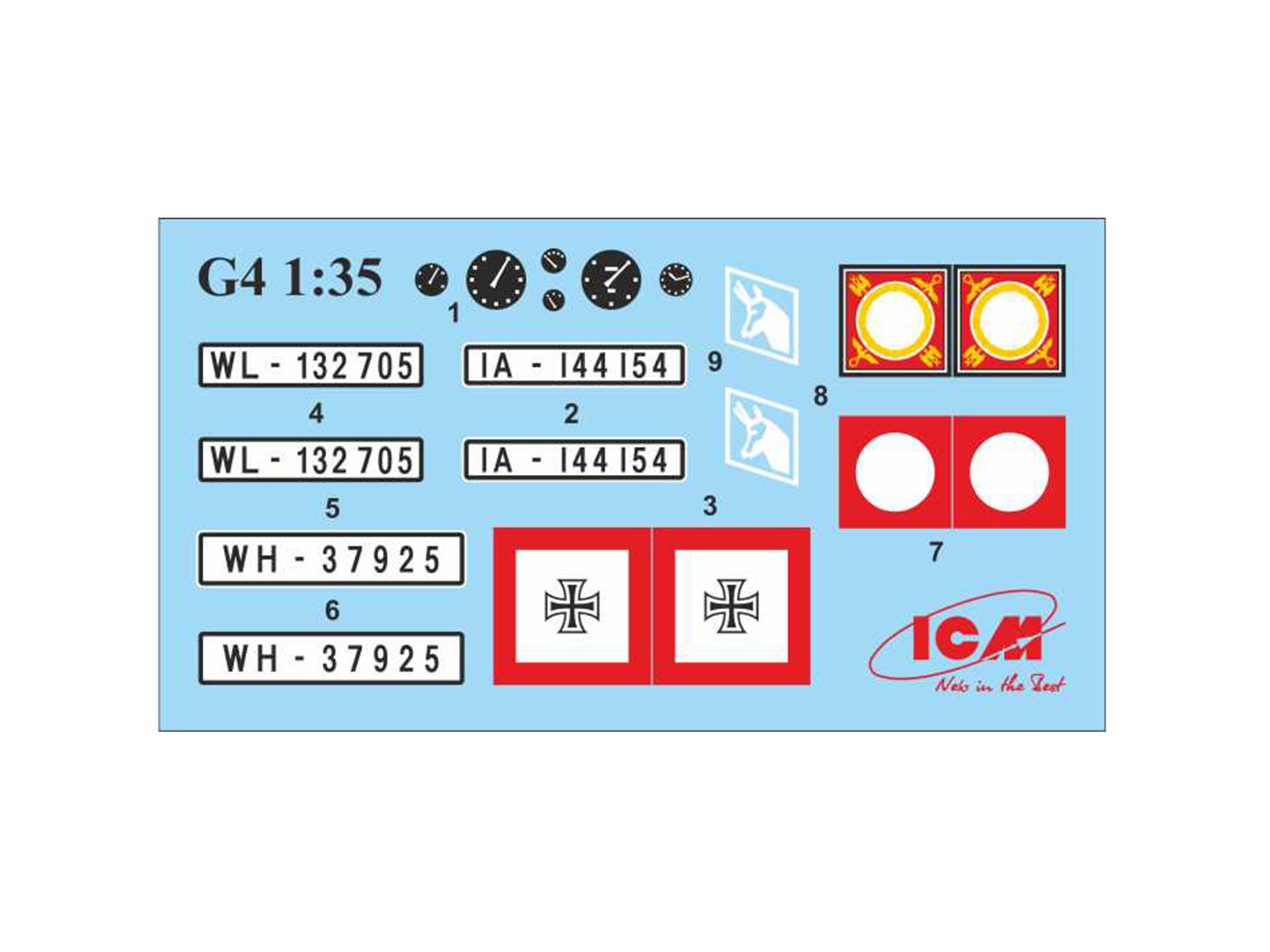 The three-axle off-road passenger car G4 (W31) was designed dy Daimler-Benz in 1934. This car had 8-cylinder engine of 100 (later 110) hp and 6 passenger seats. The car was intended for the German army but it appeared very expansive and too complicated for the mass production. There were produced only 72 G4 cars up to the 1939. They were used mainly by the highest state and military authorities of Germany.
Highly detailed chassis, engine and interior. 4 versions decal sheet included. Four figures included.