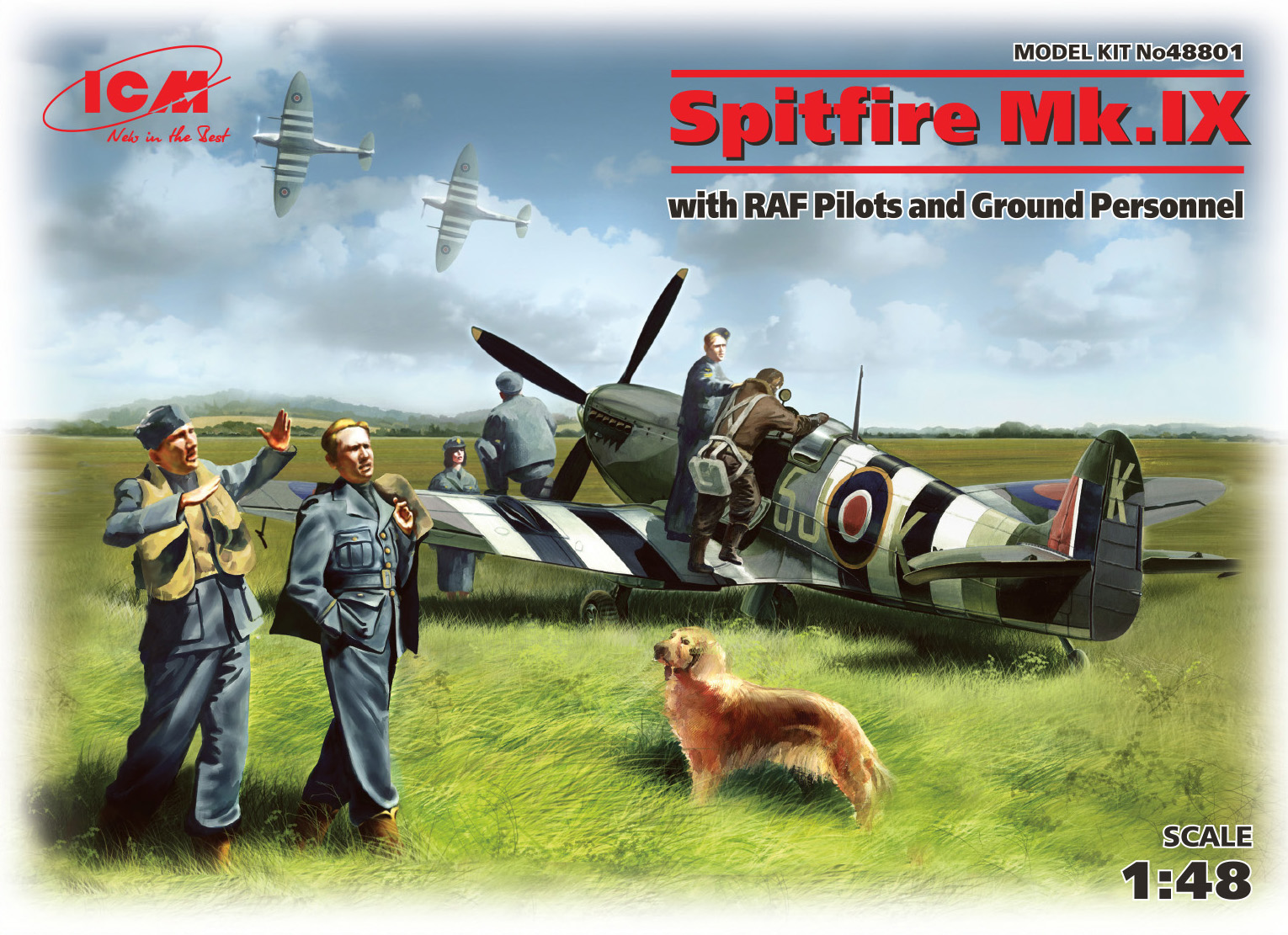 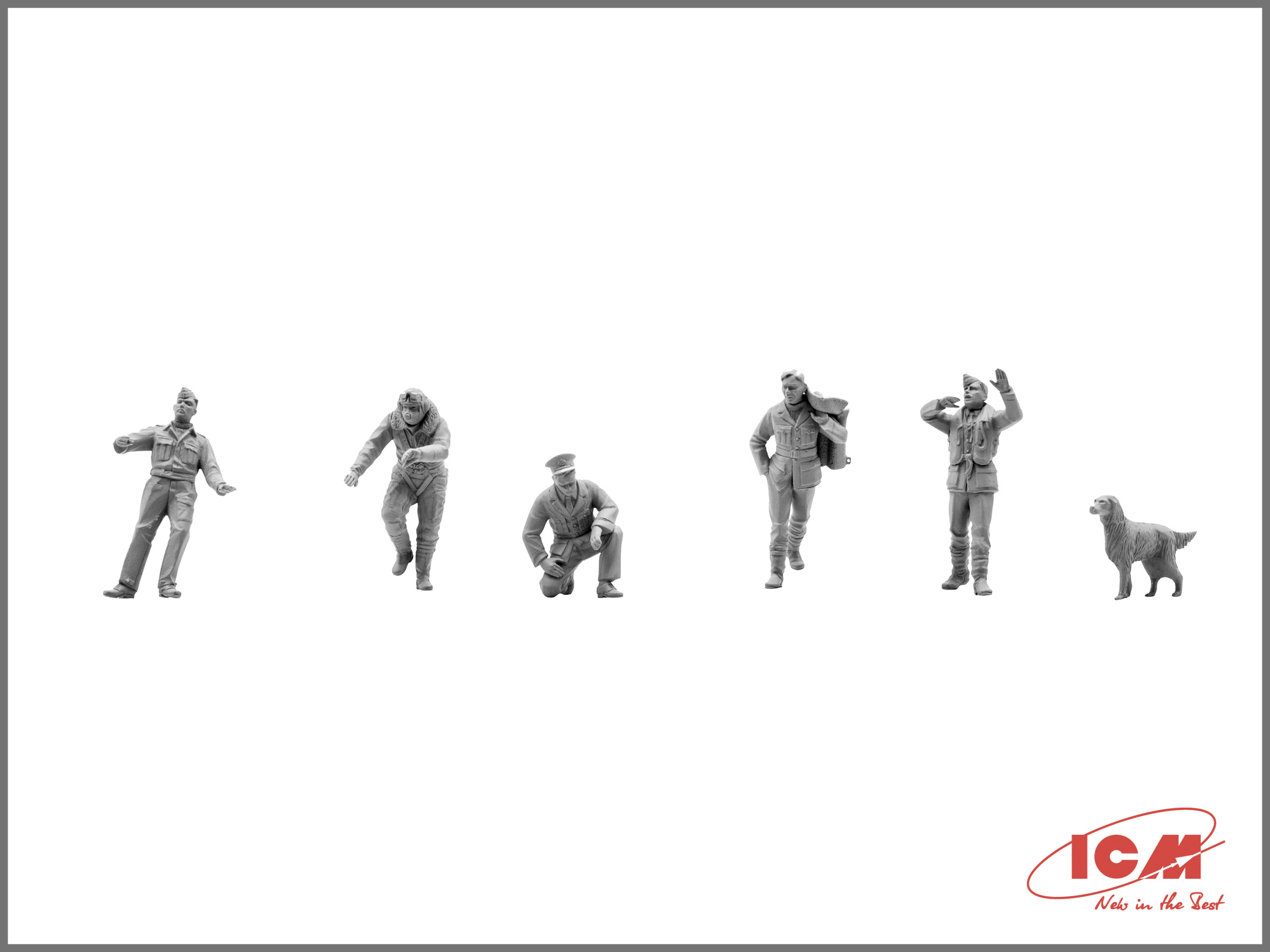 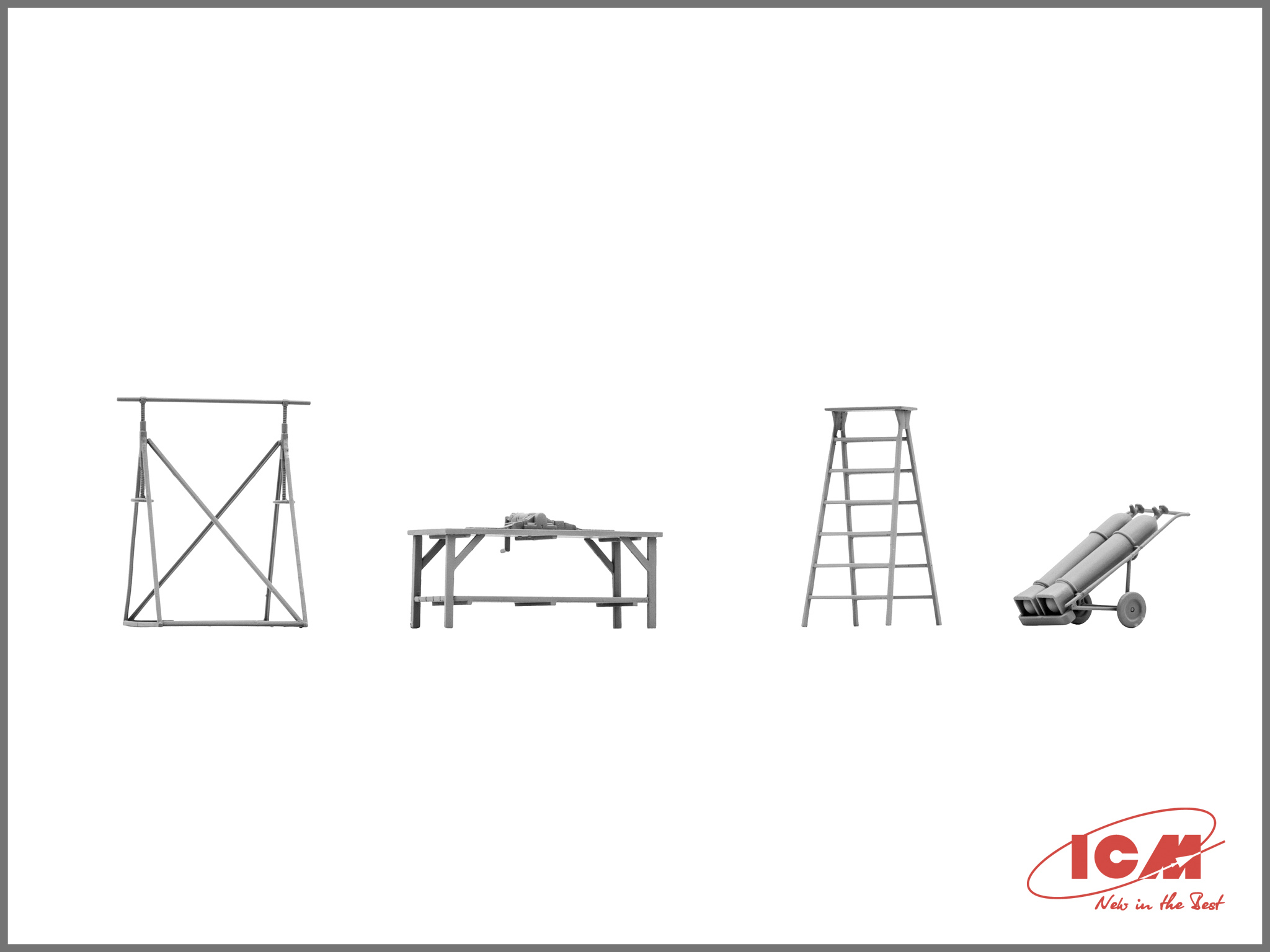 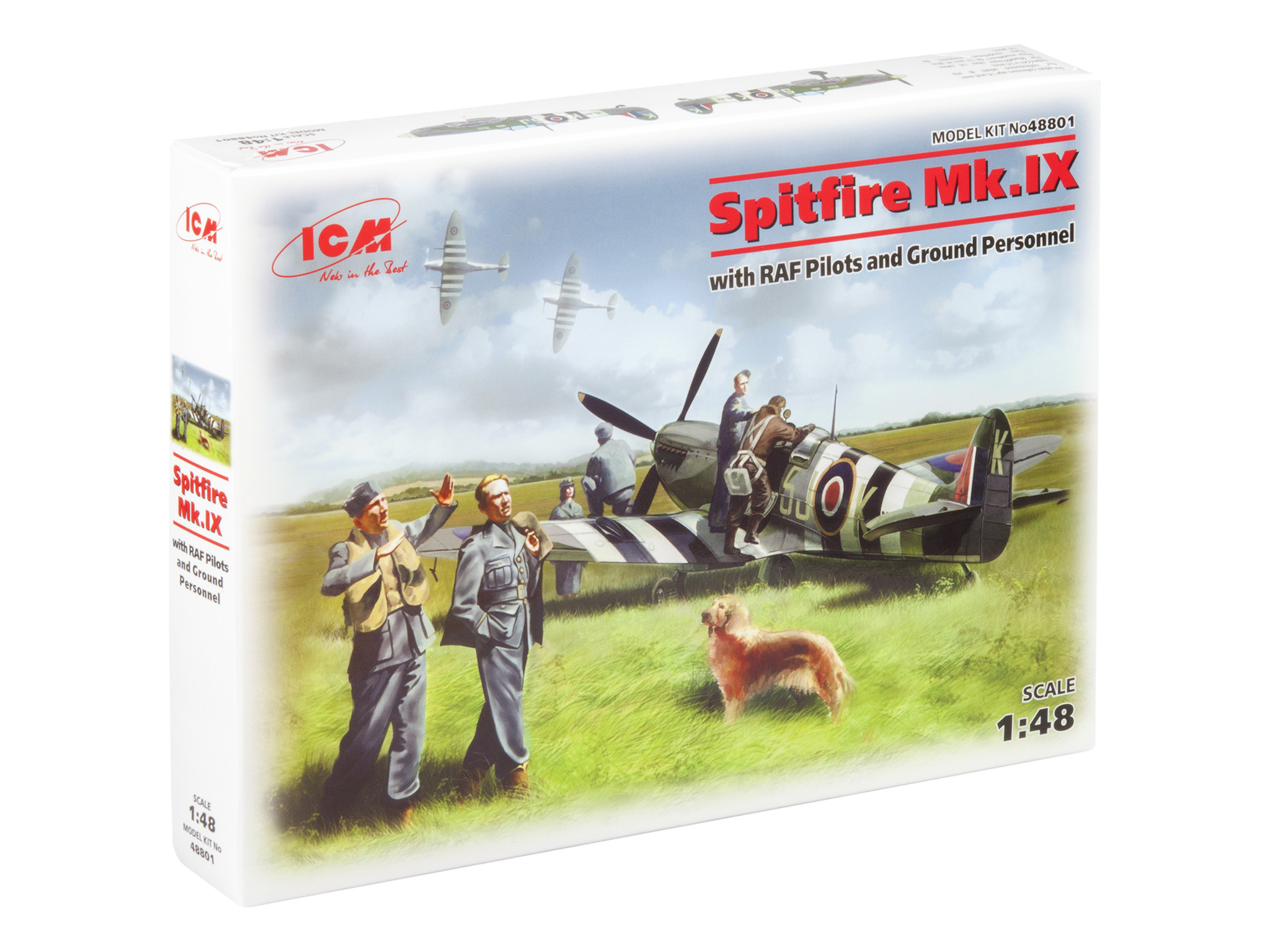 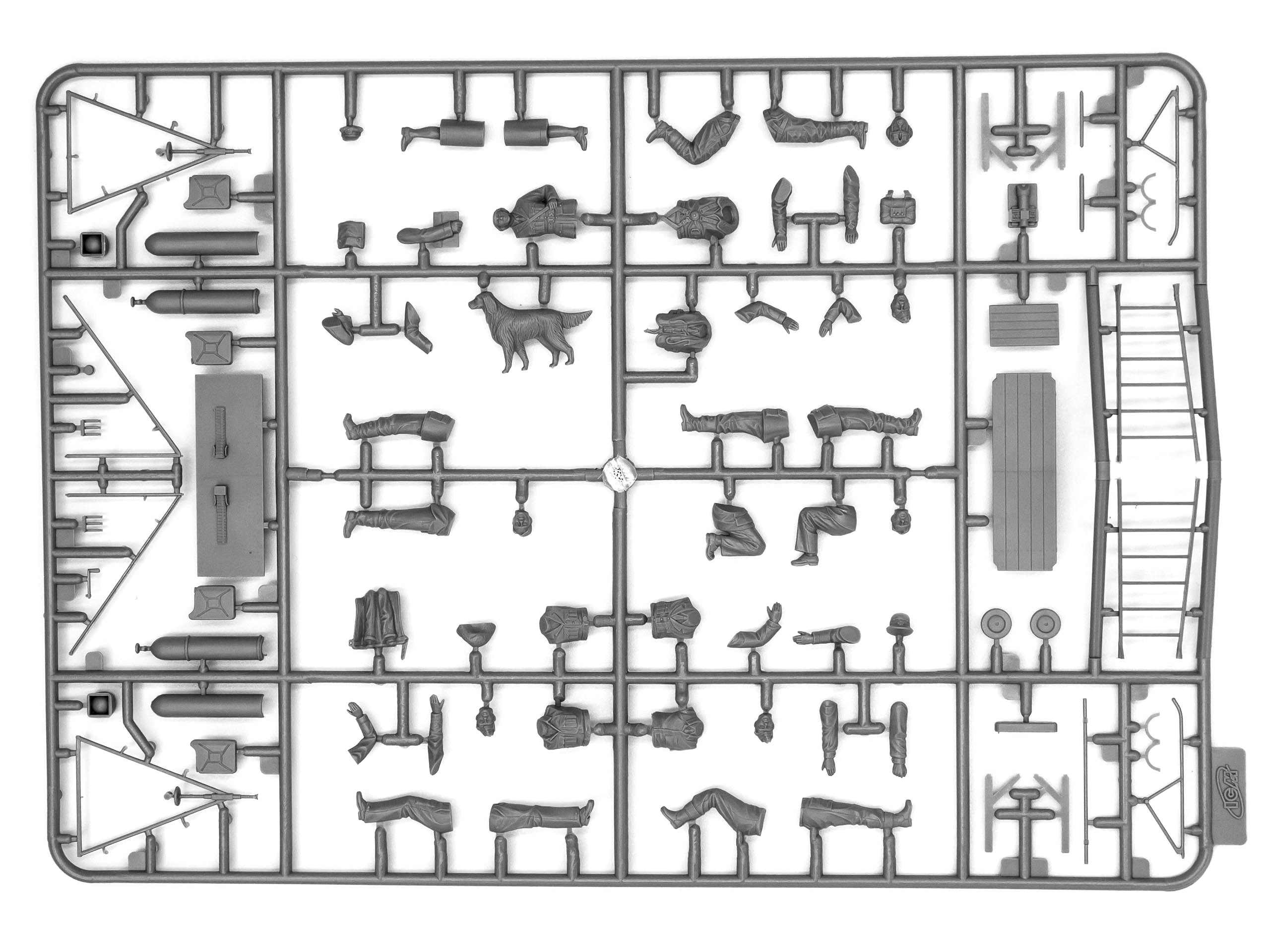 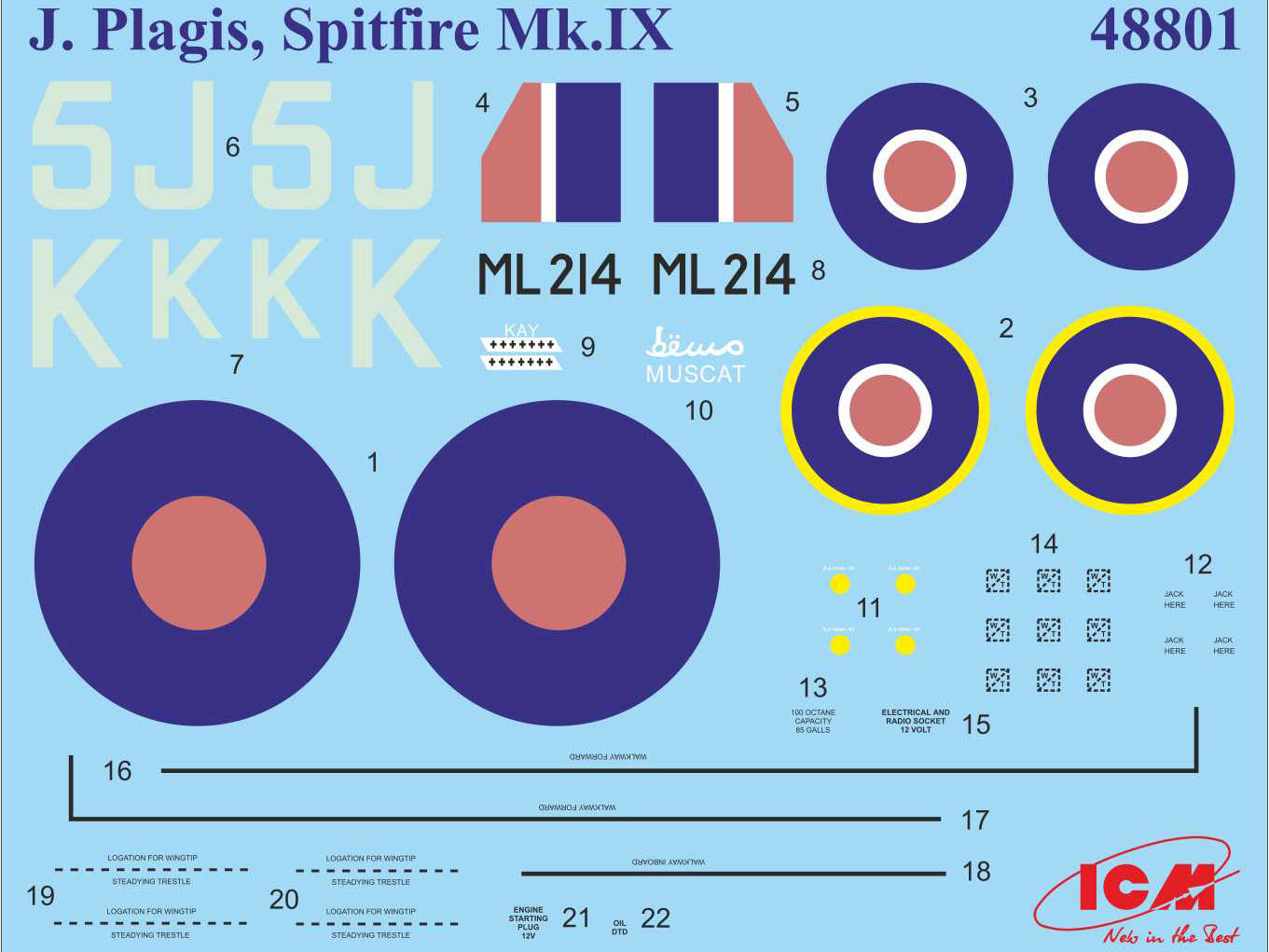 The set included model of Spitfire IX of the British ace Sqn. J. Plagis (15+2 victories) and seven figures – three pilots, three mechanics one WREN of WWII British Royal Air Force with dog figure and airfiel equipment.. ICM Spitfire IX kit is in the most precision copy of this aircraft in 1:48 scale.

The British figter Spitfire – one of the “flying legends” of World War II. The Spitfire Mk. IX modification has raised on base of the Mk. V in 1942 with the installation of the potent engine.

This airplane was reliable and easy in service and possessed excellent fight characteristics. The Mk. IX planes were used in the European theatre of WWII in many roles – as universal (F), low-altitude (LF) and high-altitude (HF) fighters, and as fighter-bombers.

Spitfire Mk. IX were in service with RAF, USAAF, Air Forces of USSR, France, Italy, Czechoslovakia and some other states.