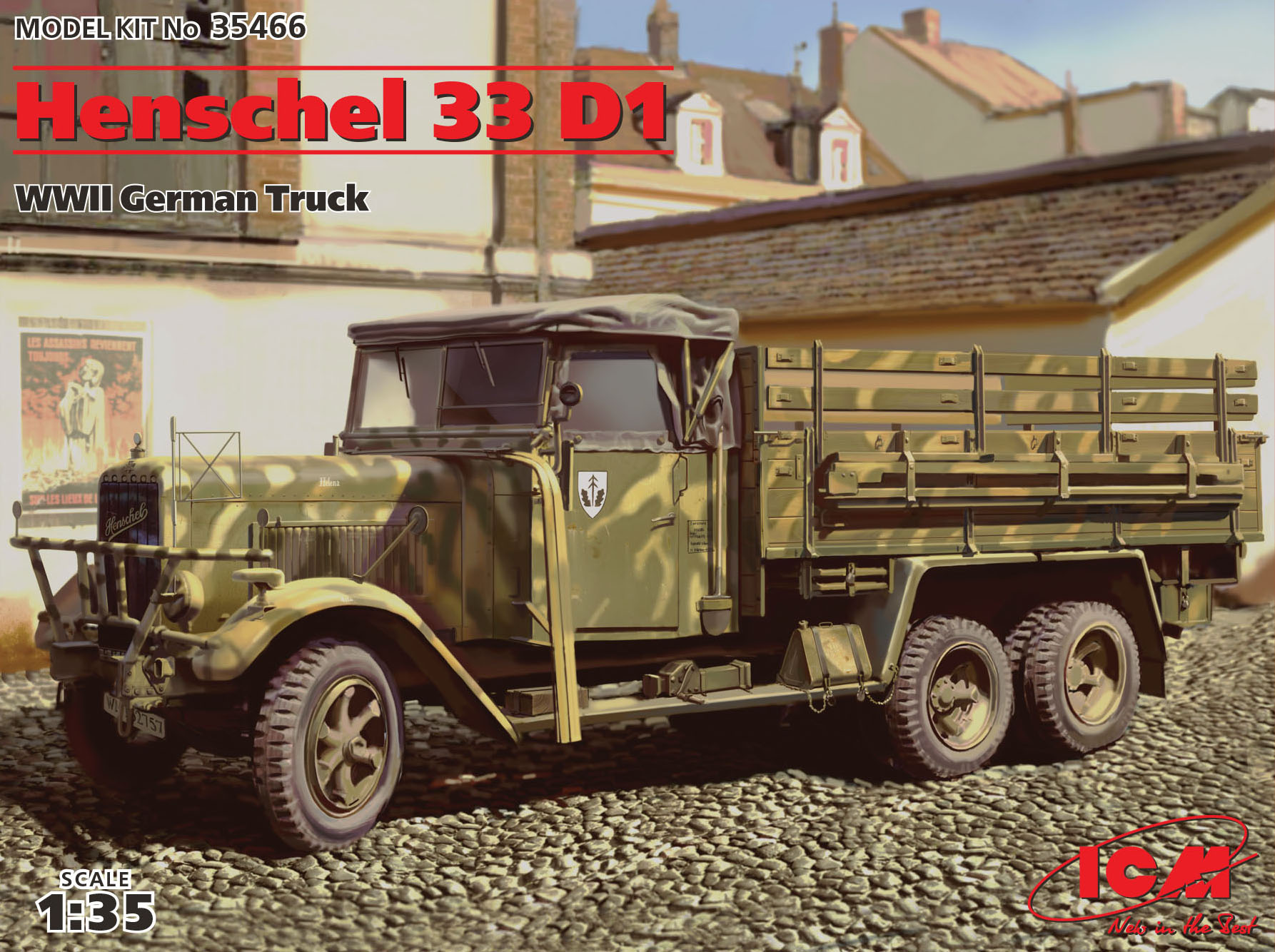 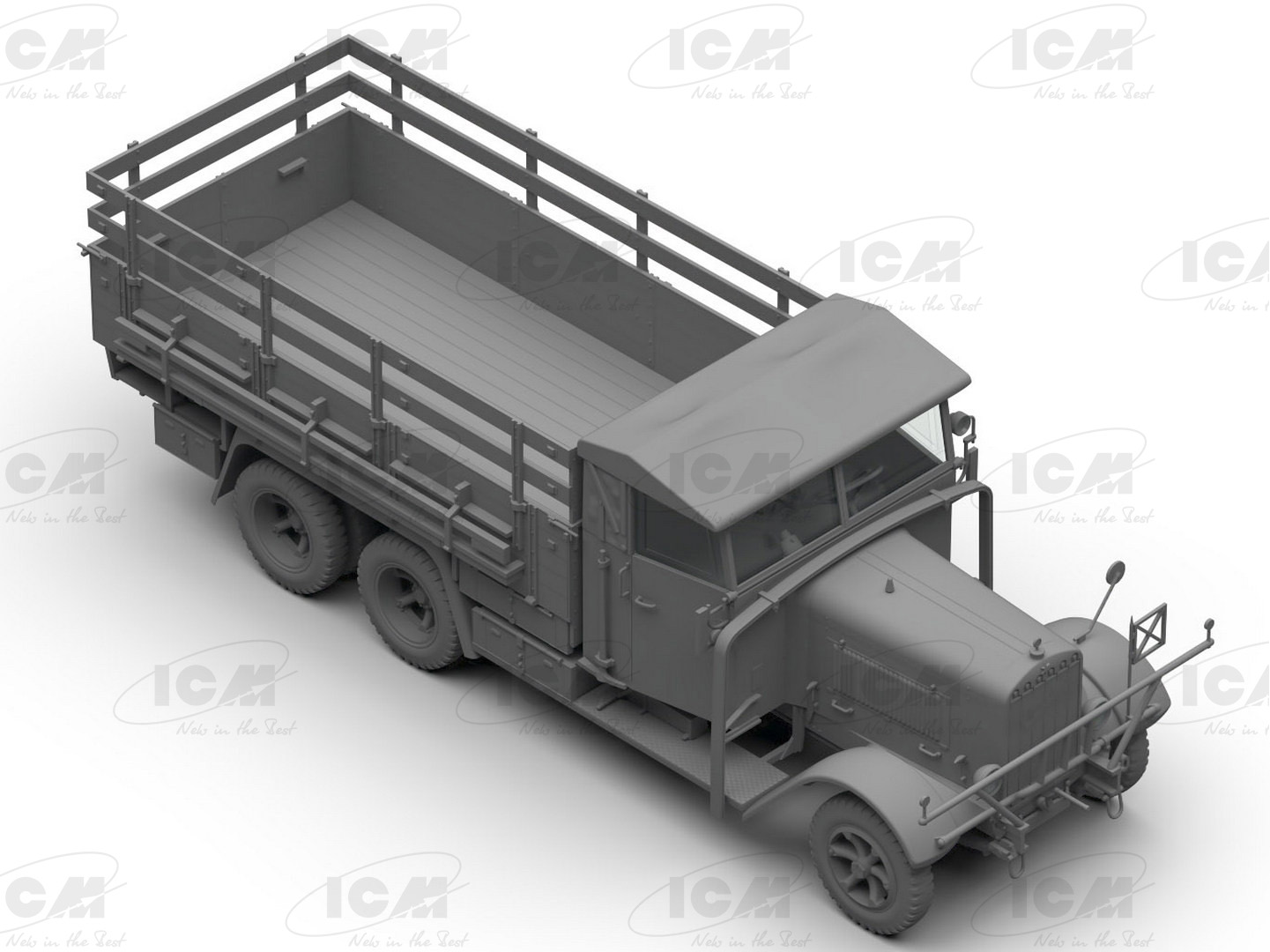 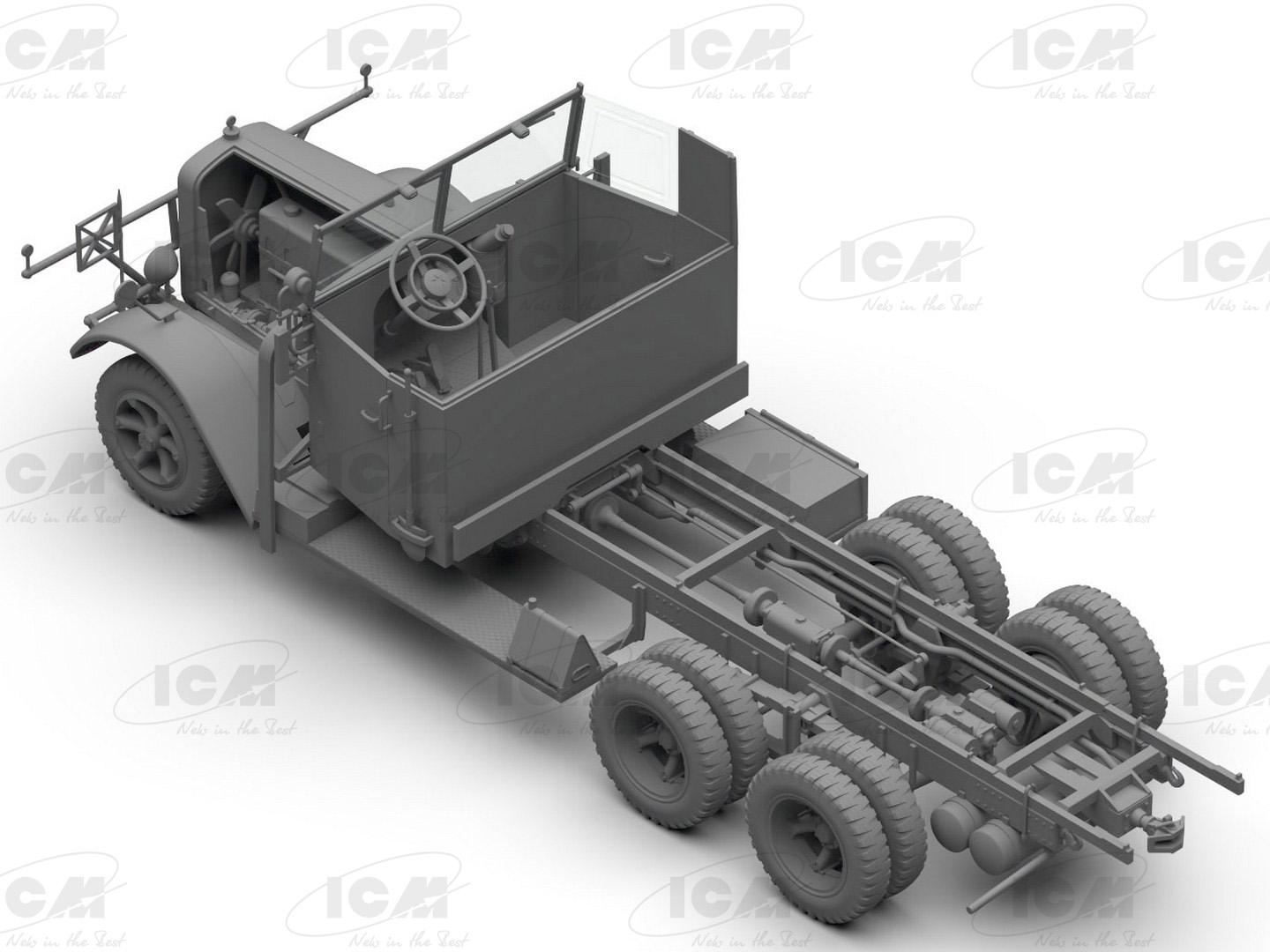 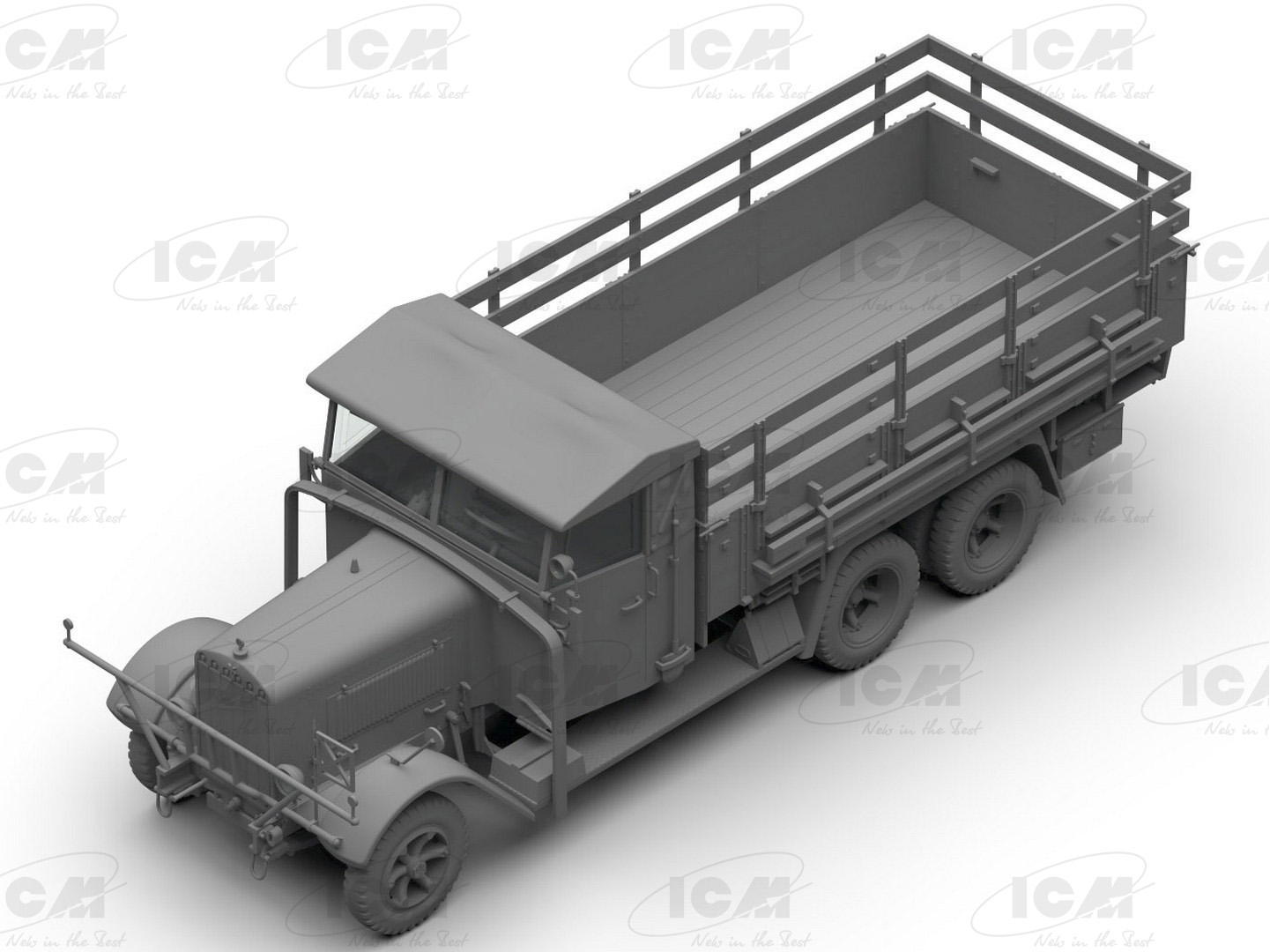 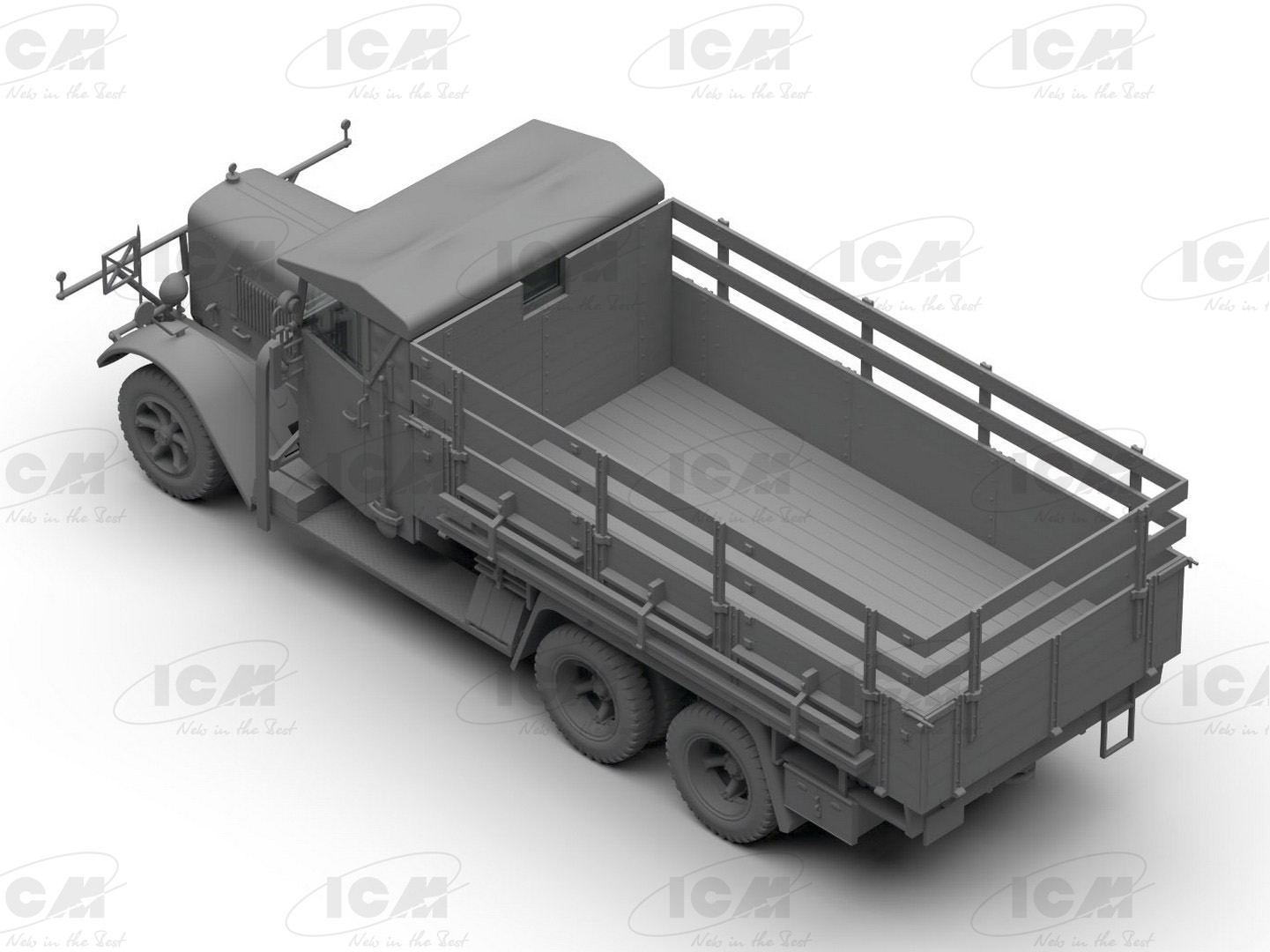 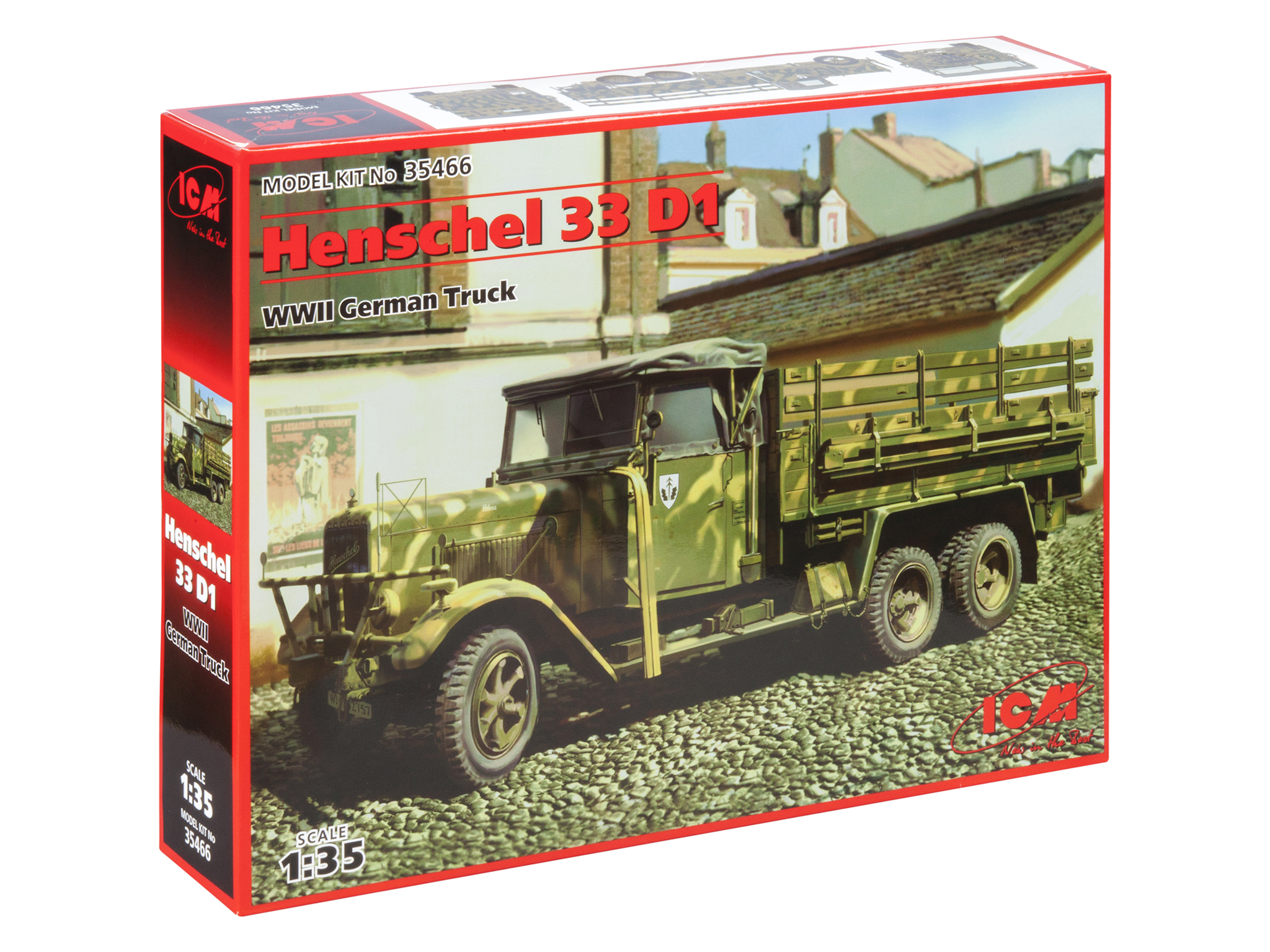 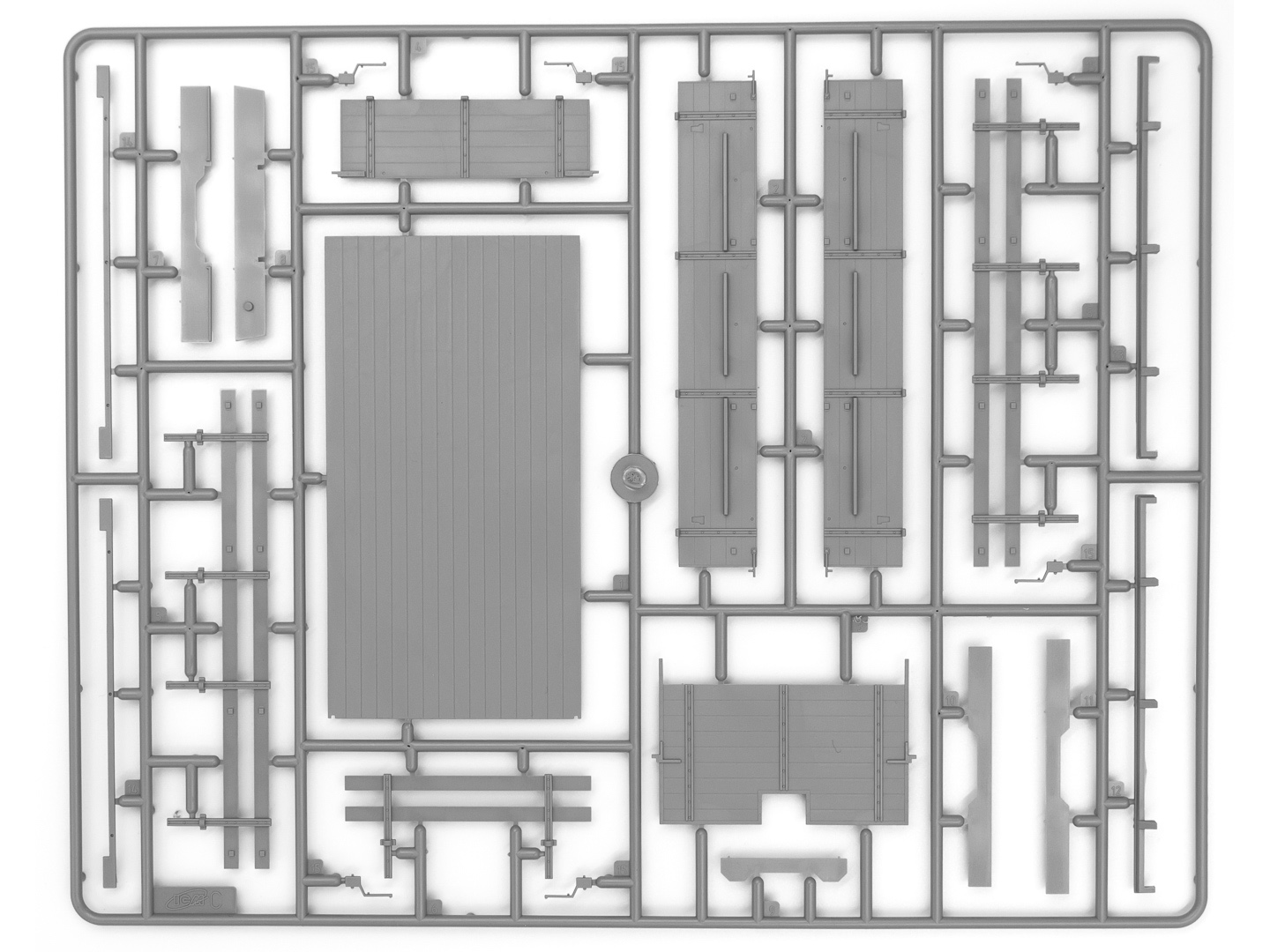 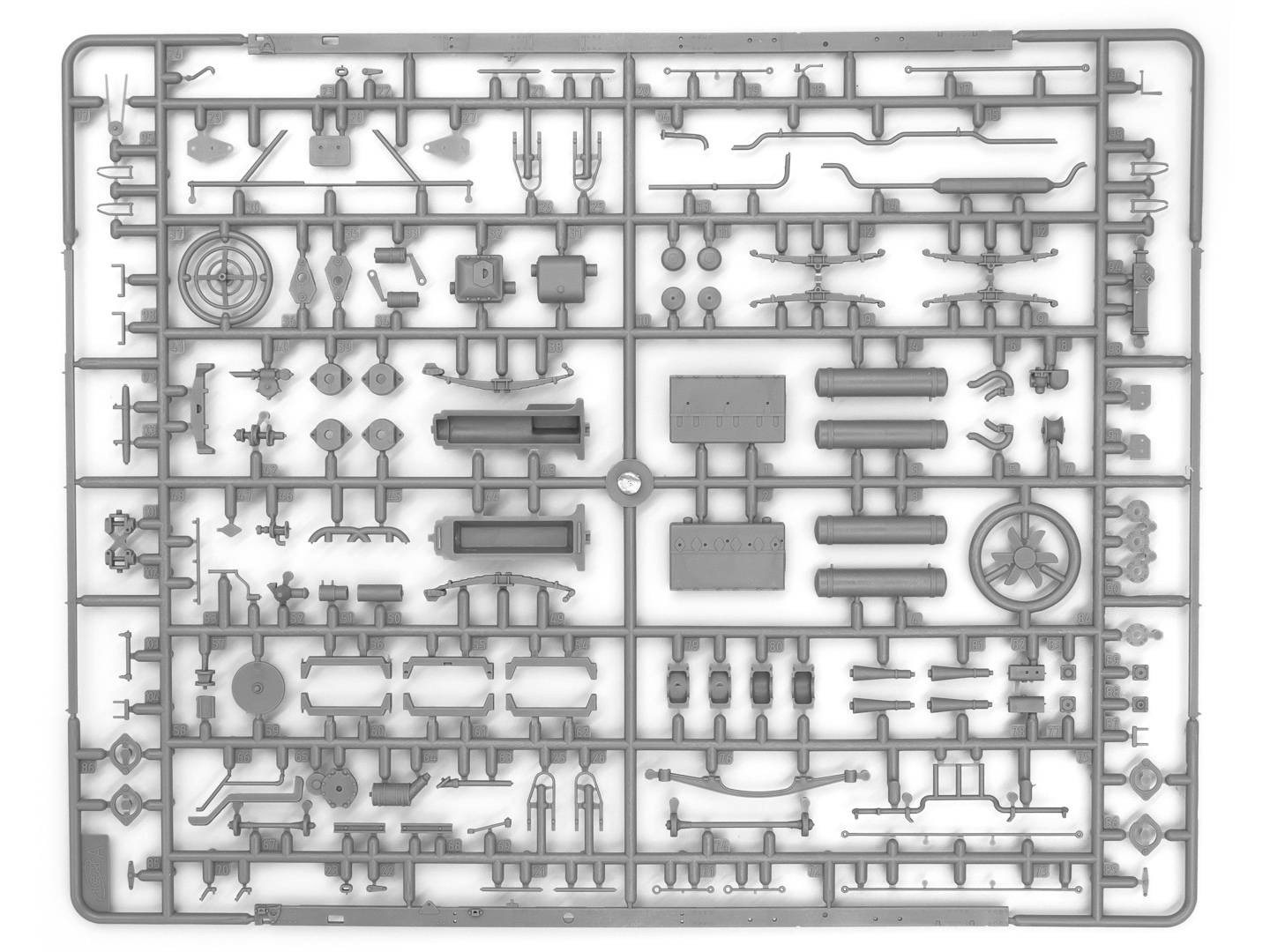 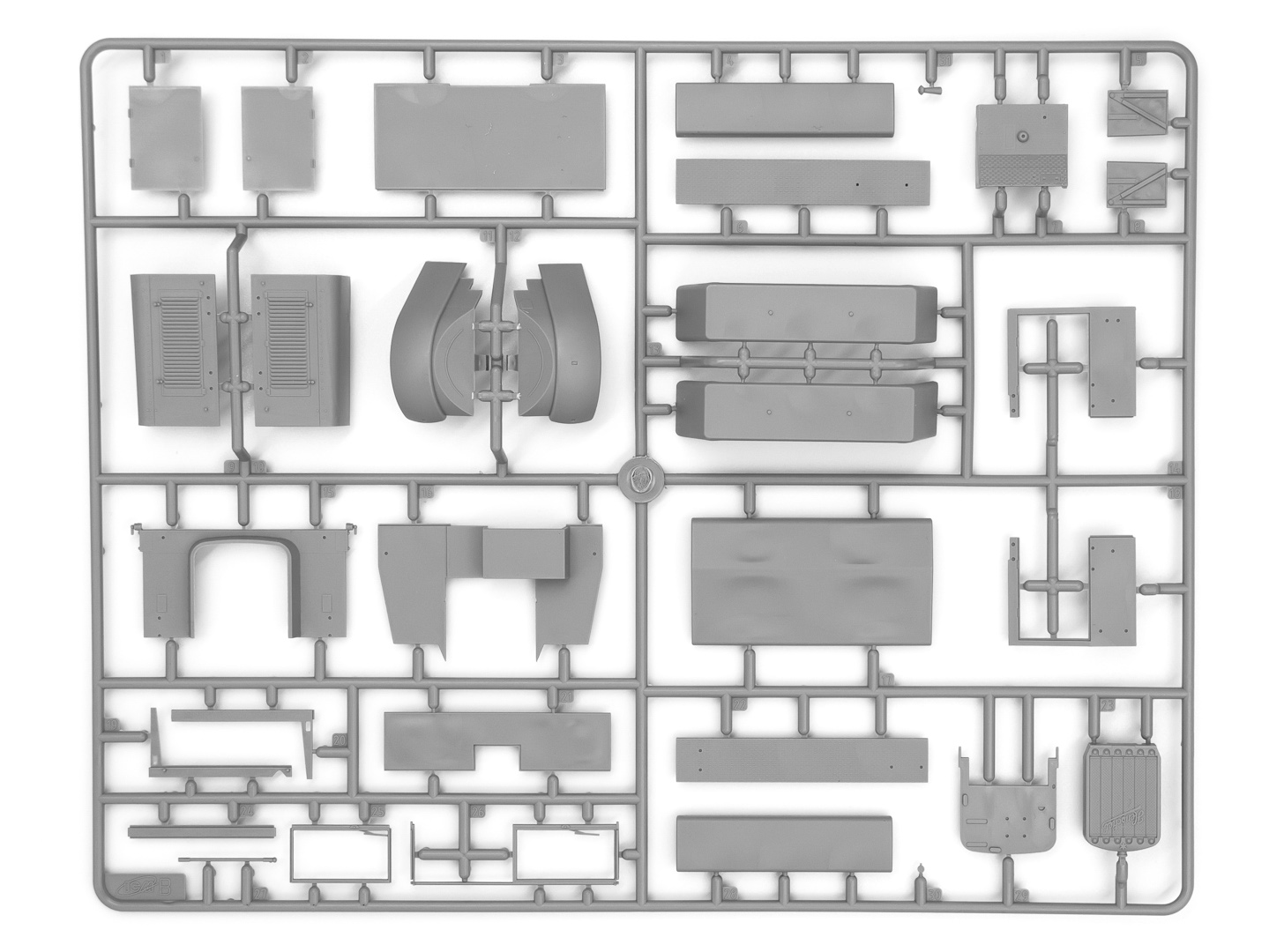 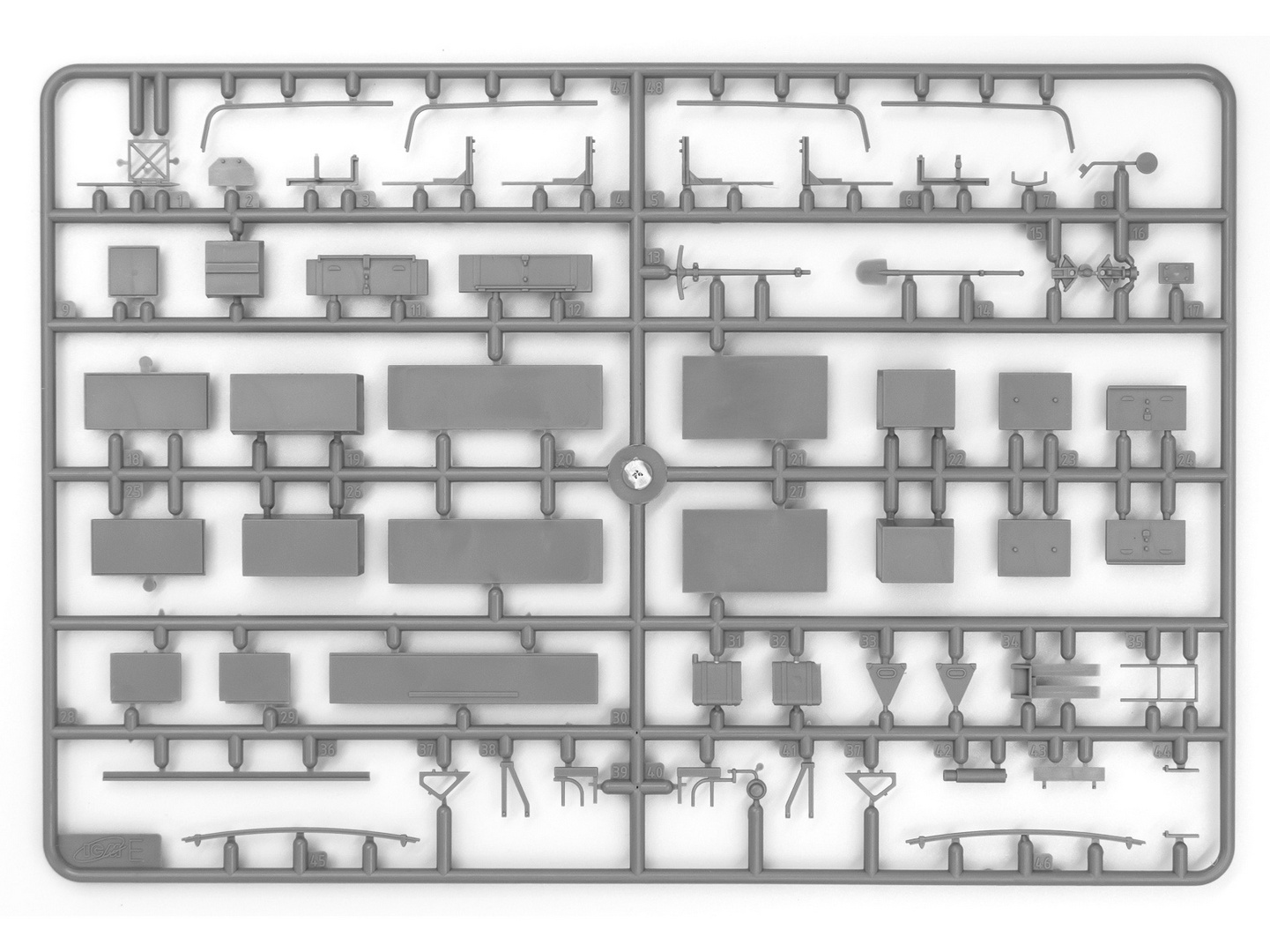 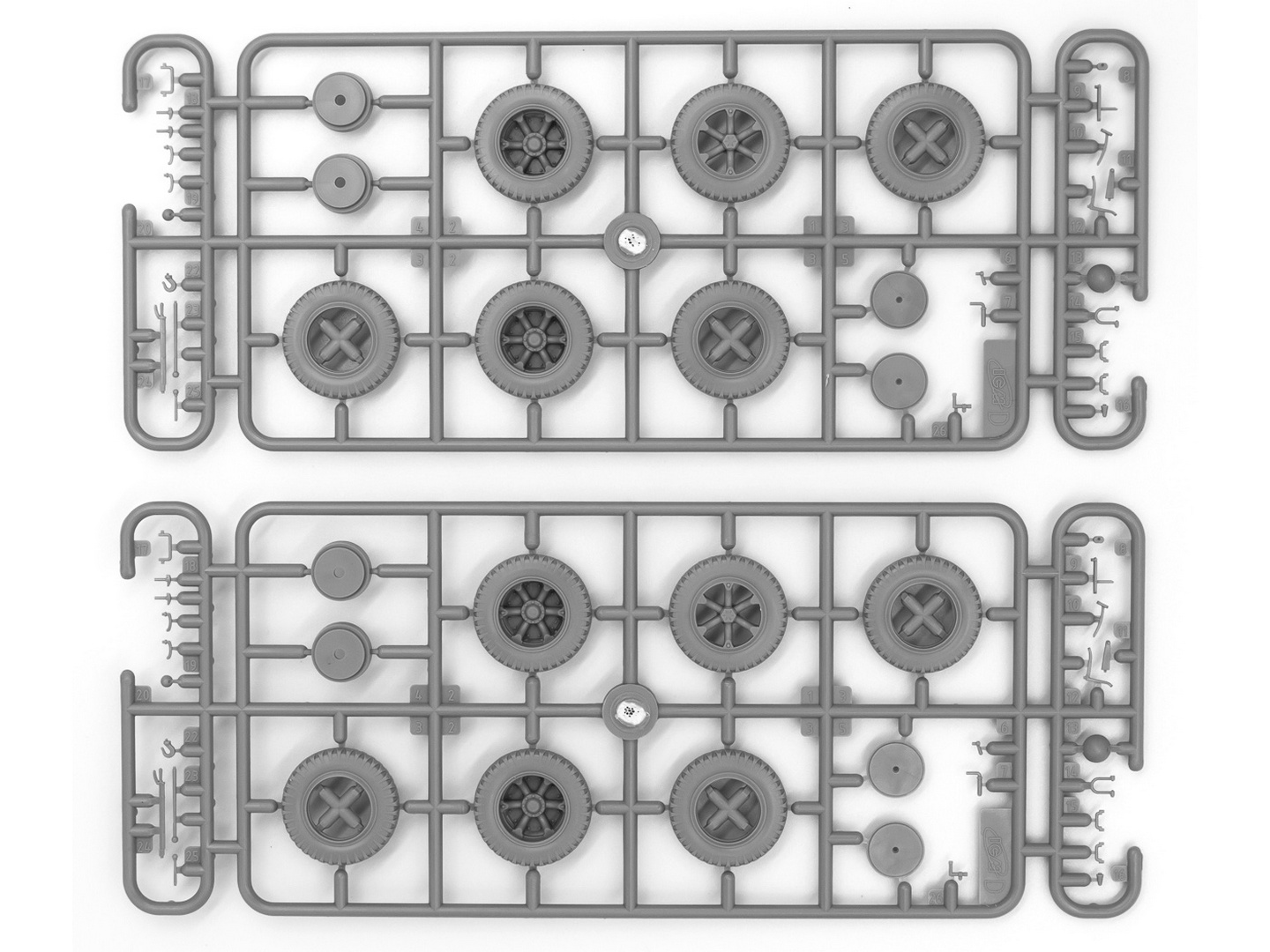 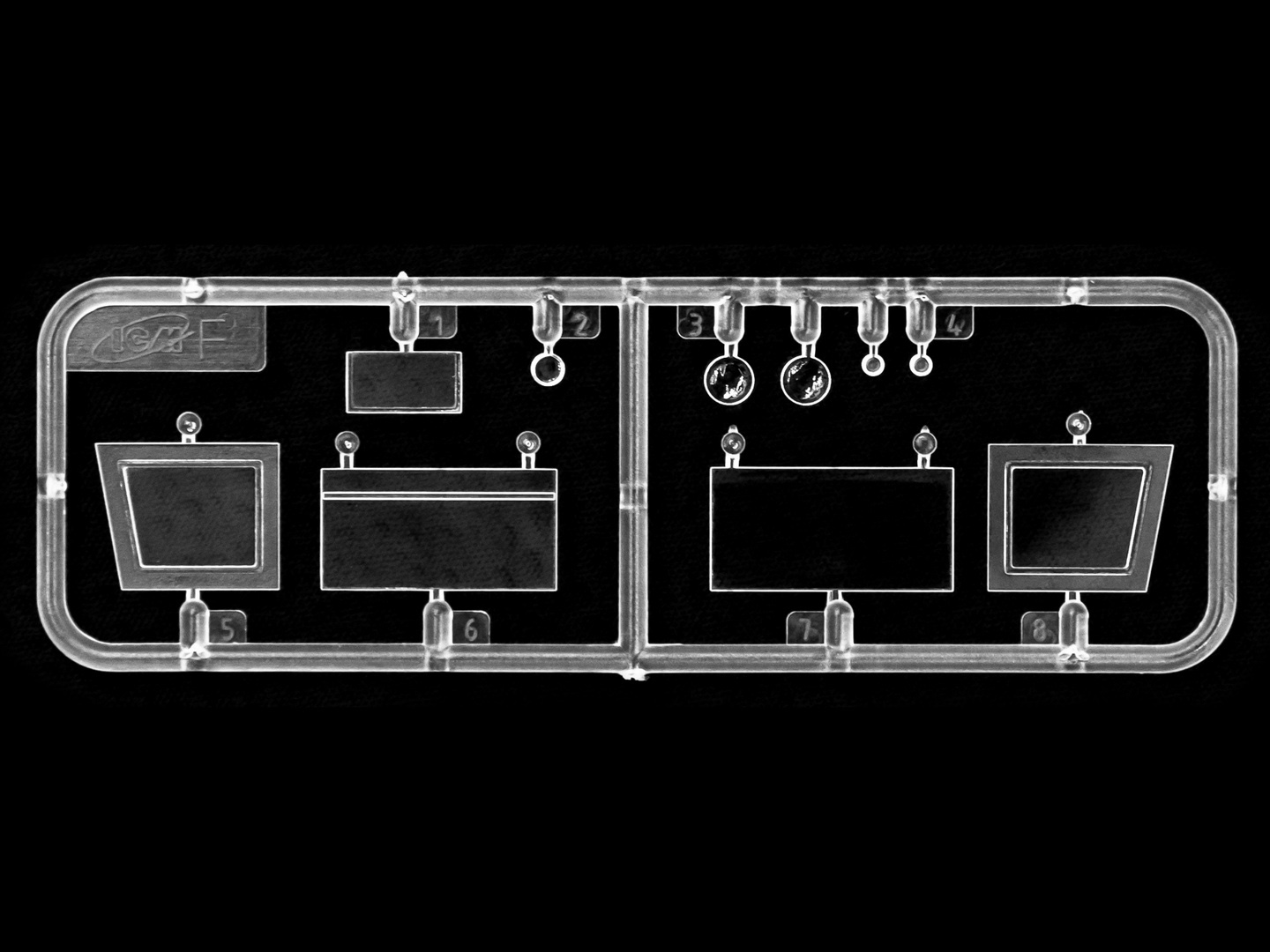 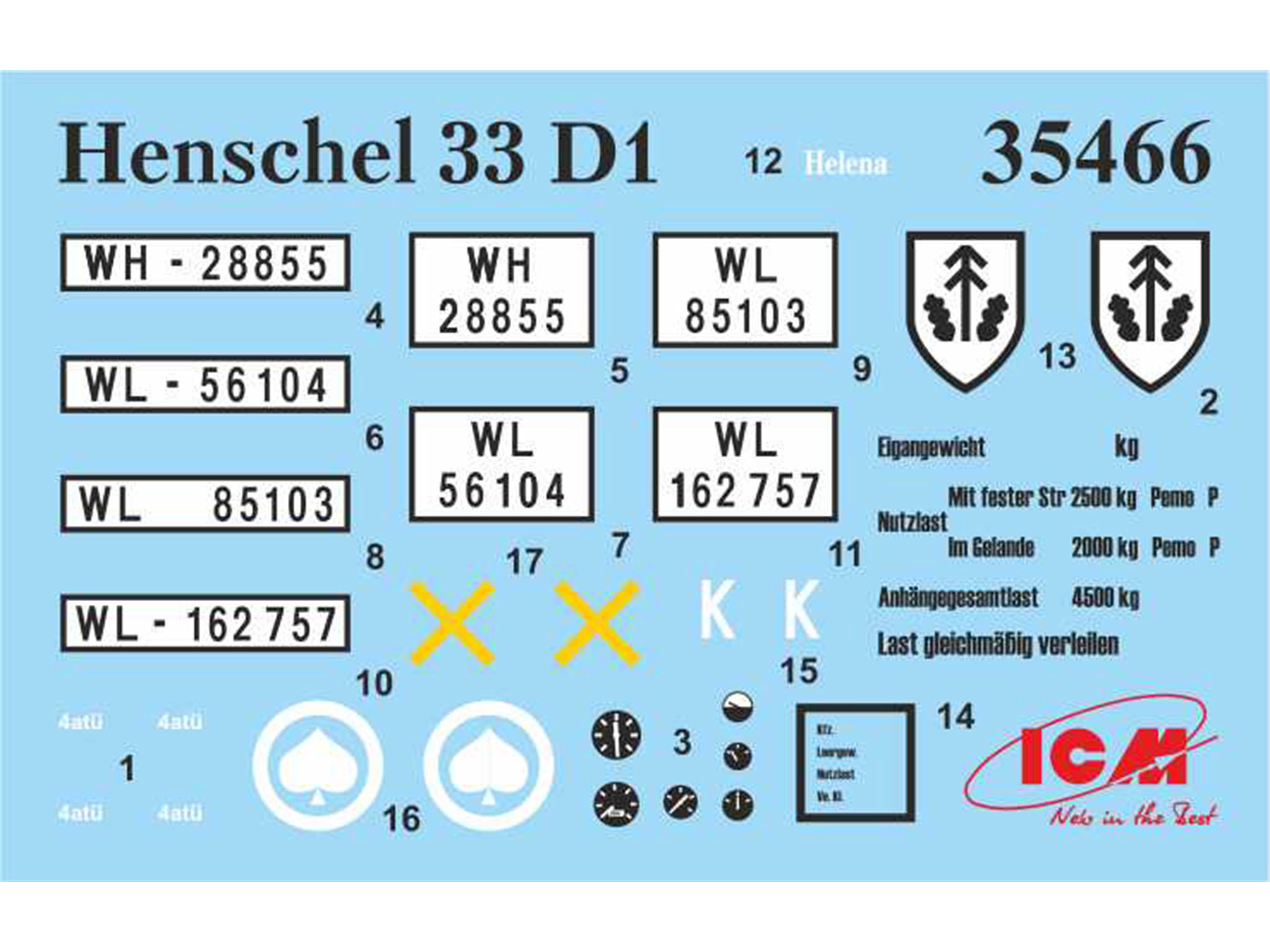 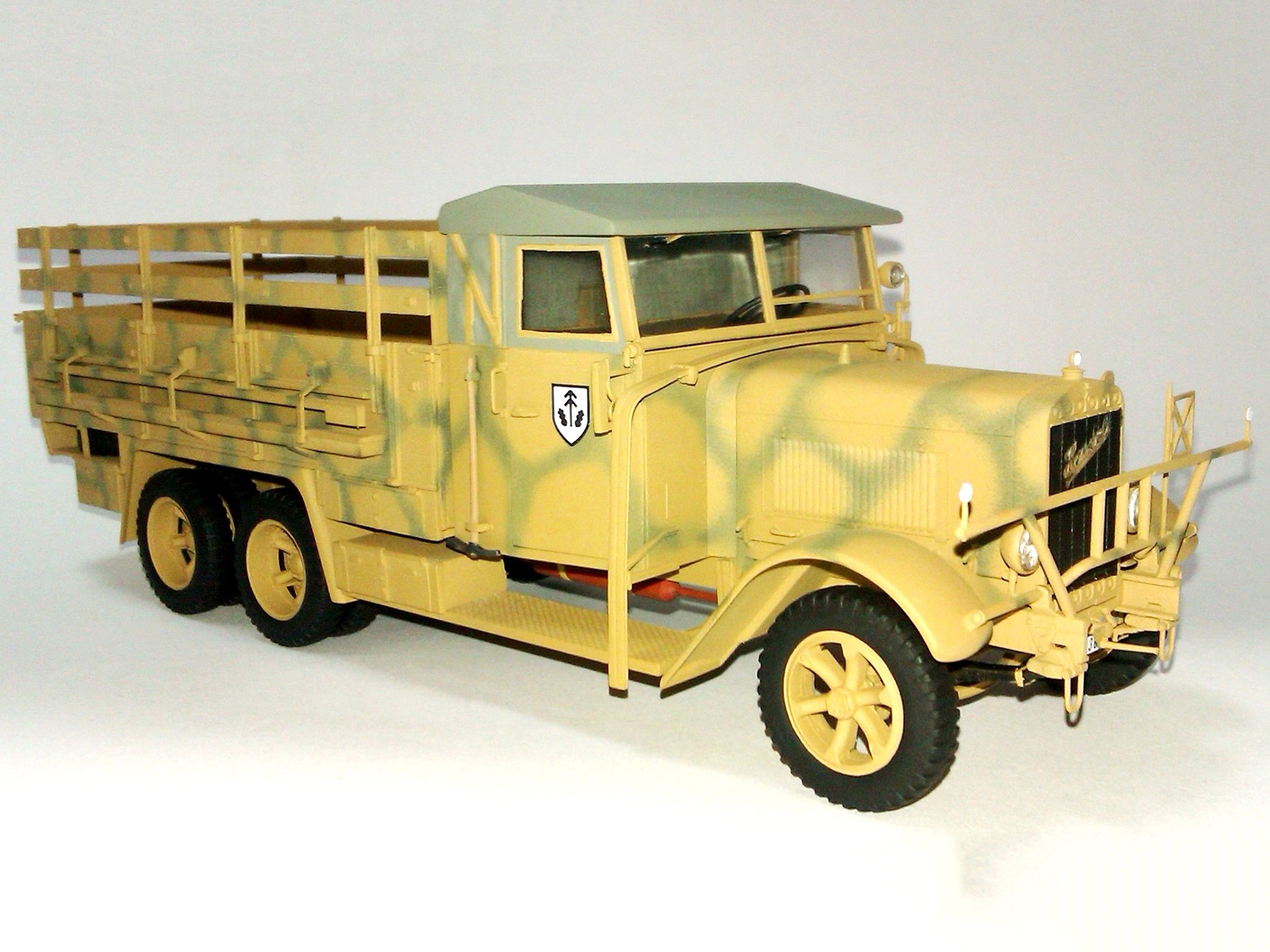 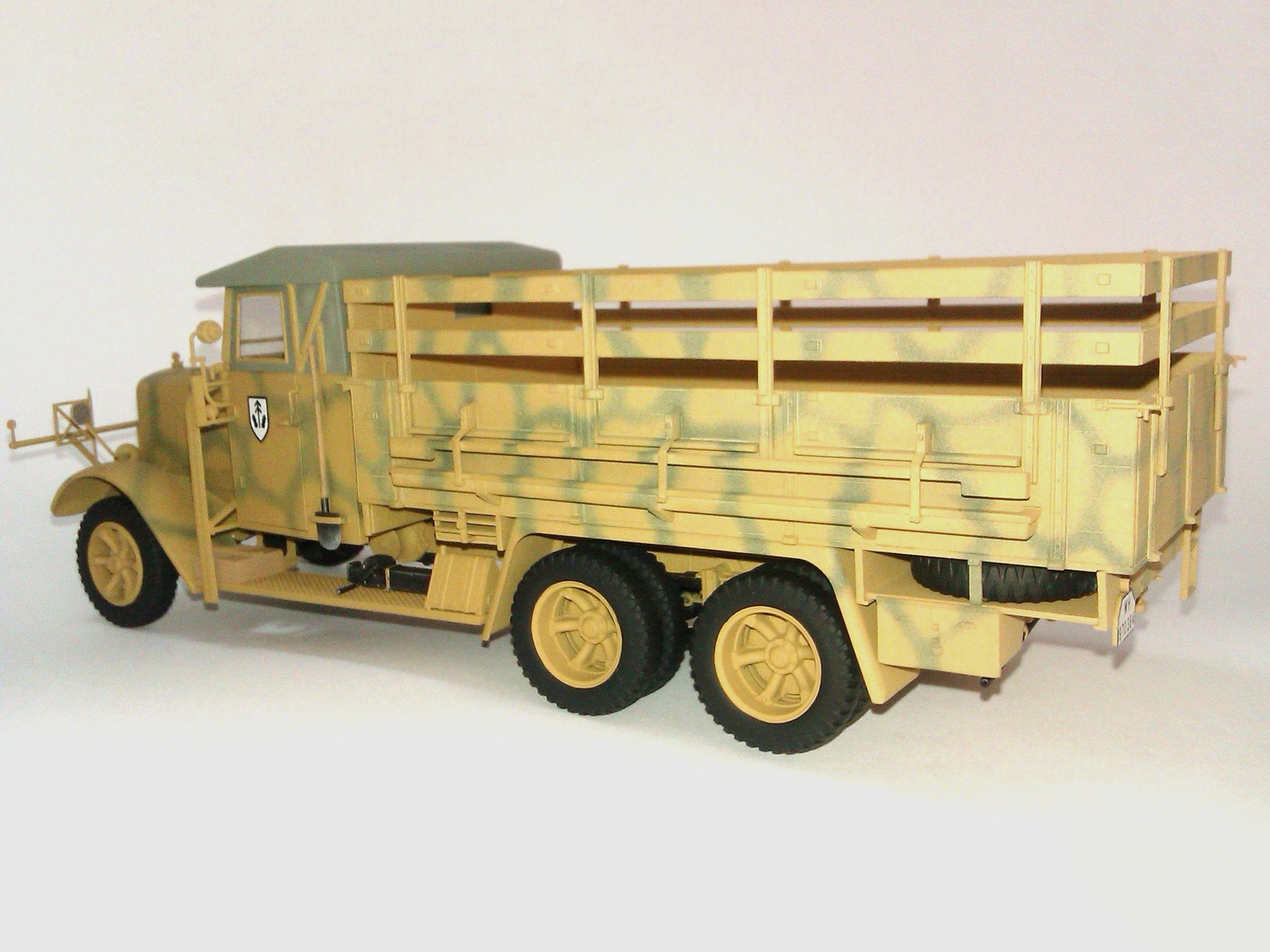 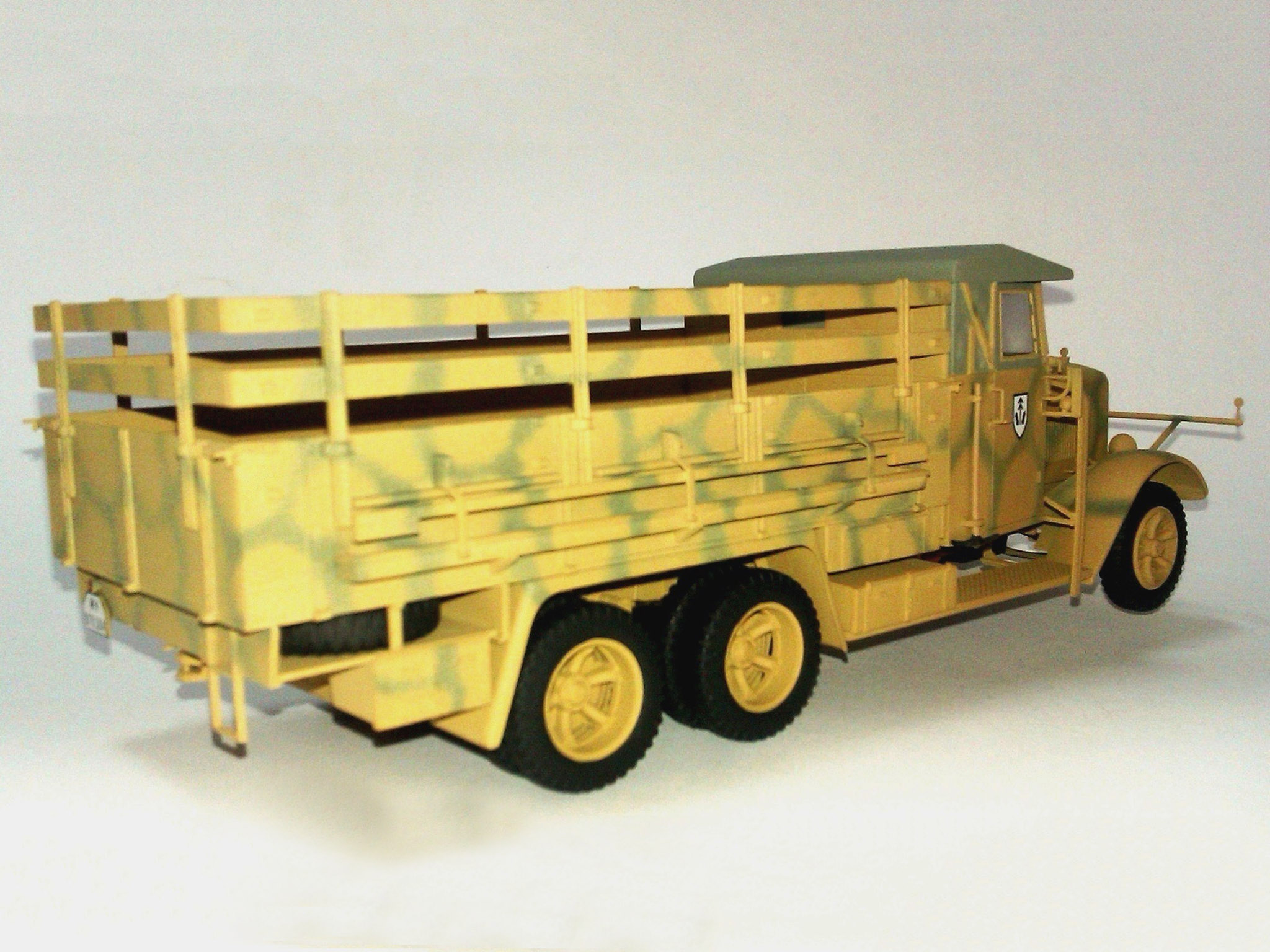 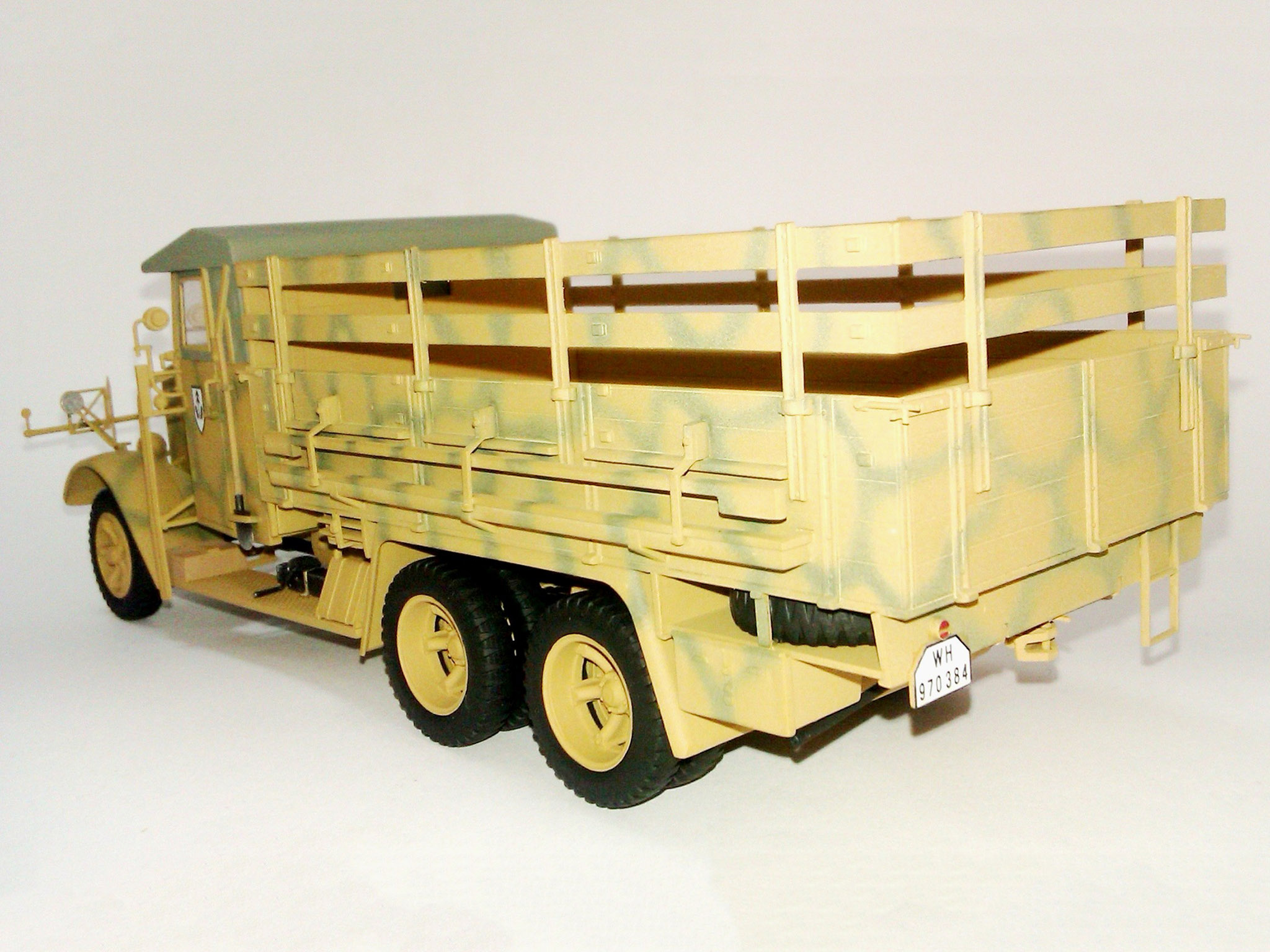 Germany began to build the modern army after 1933. The important part of Wehrmacht motorization was manufacturing of three-axle 3 t trucks. The most numerous of them was Henschel 33. It was in production lines since 1934 to 1942. The modification D1 had 6-cyl. petrol engine.

Henschel 33 D1 trucks were widely used by all German arms of service in the Soviet-German front, in North Africa, Italy, France up to the end of war.