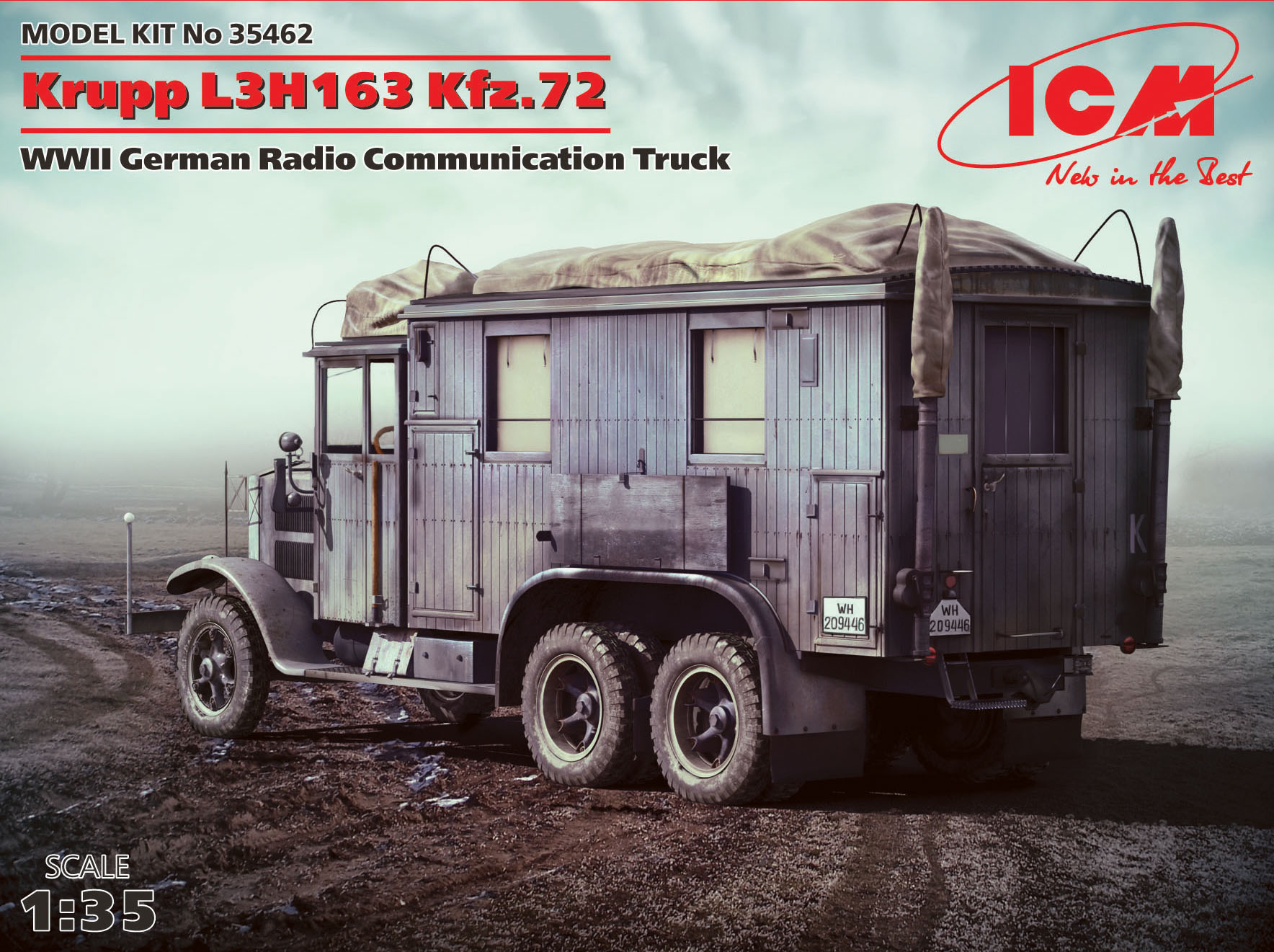 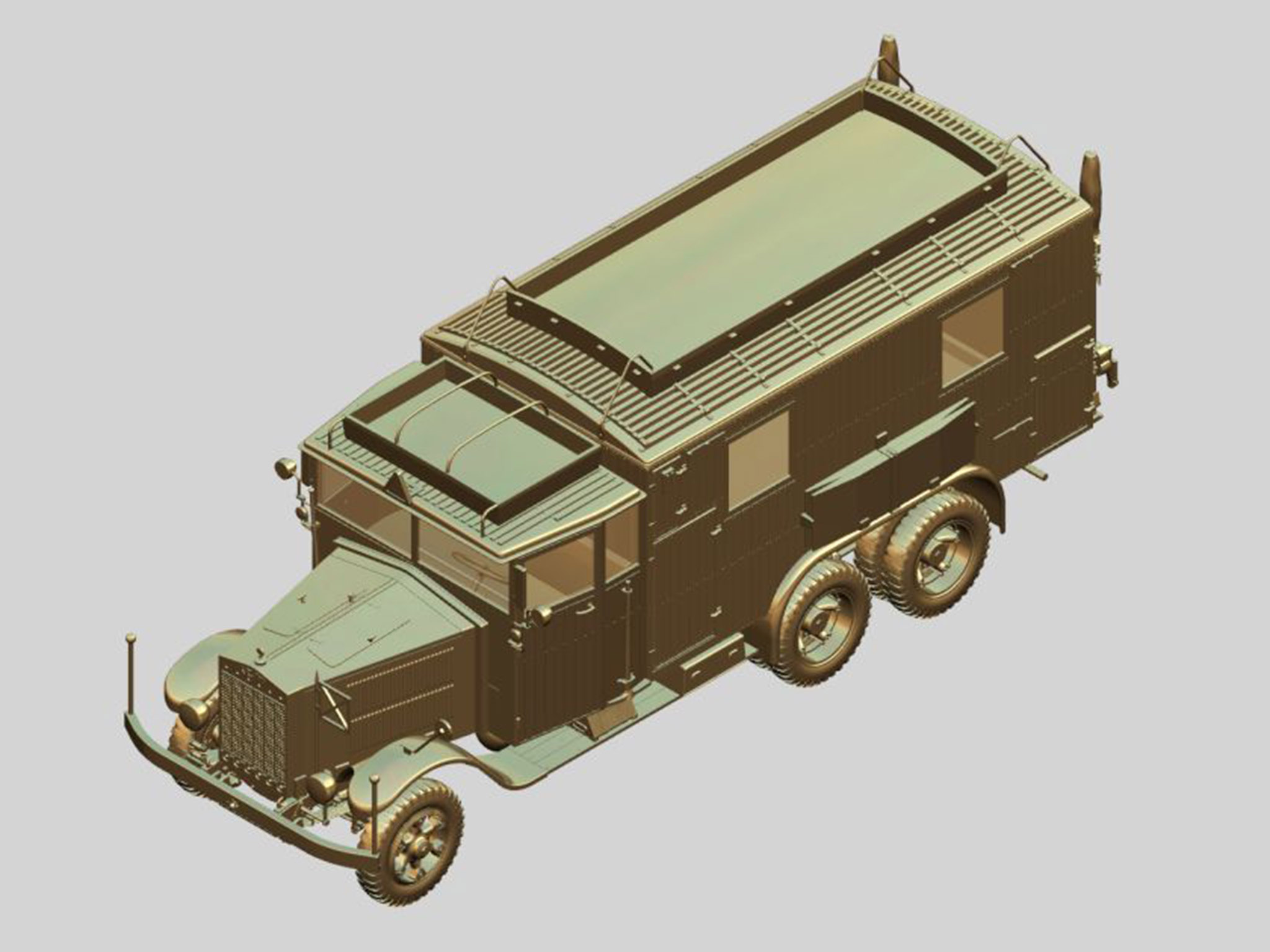 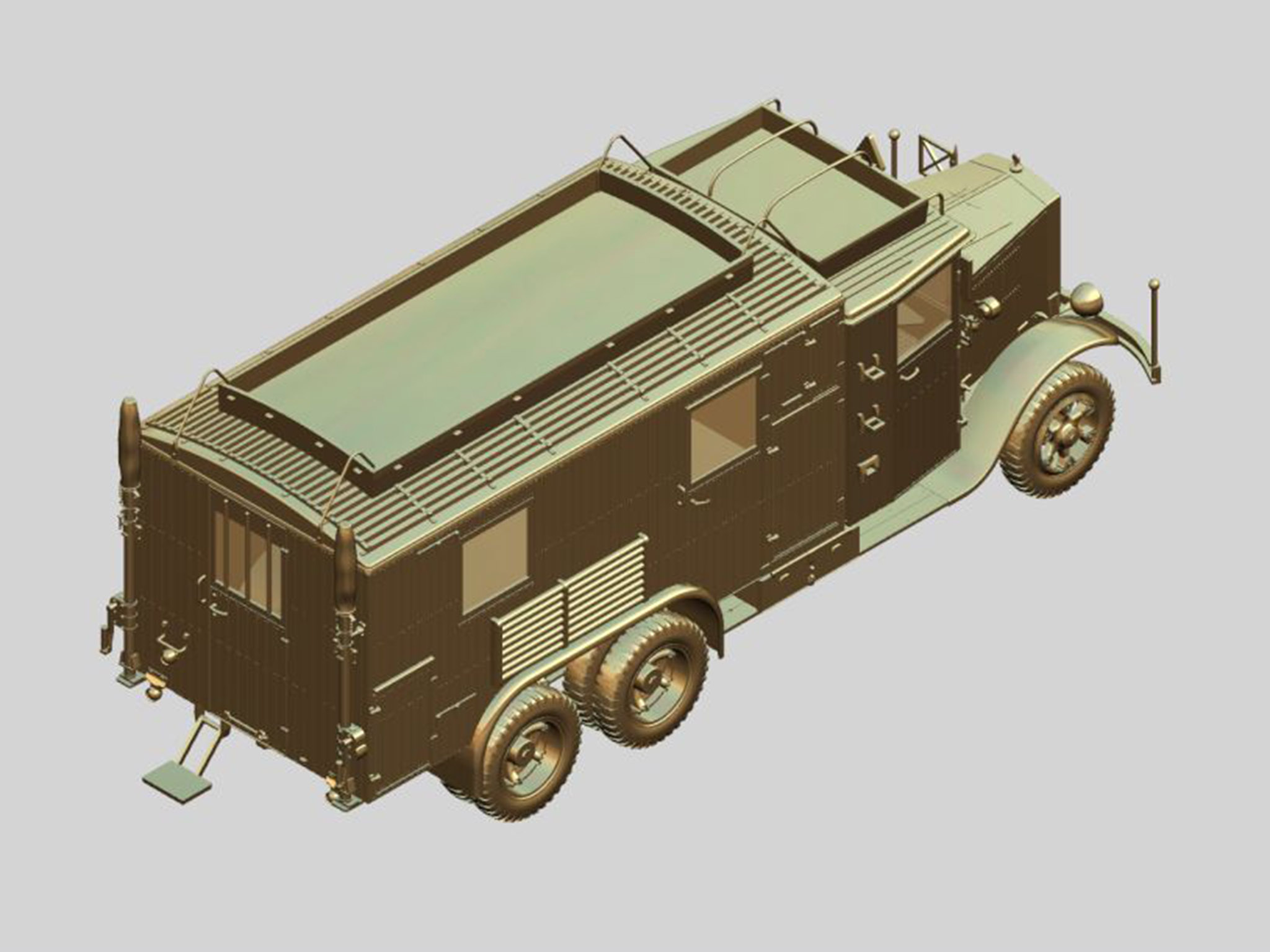 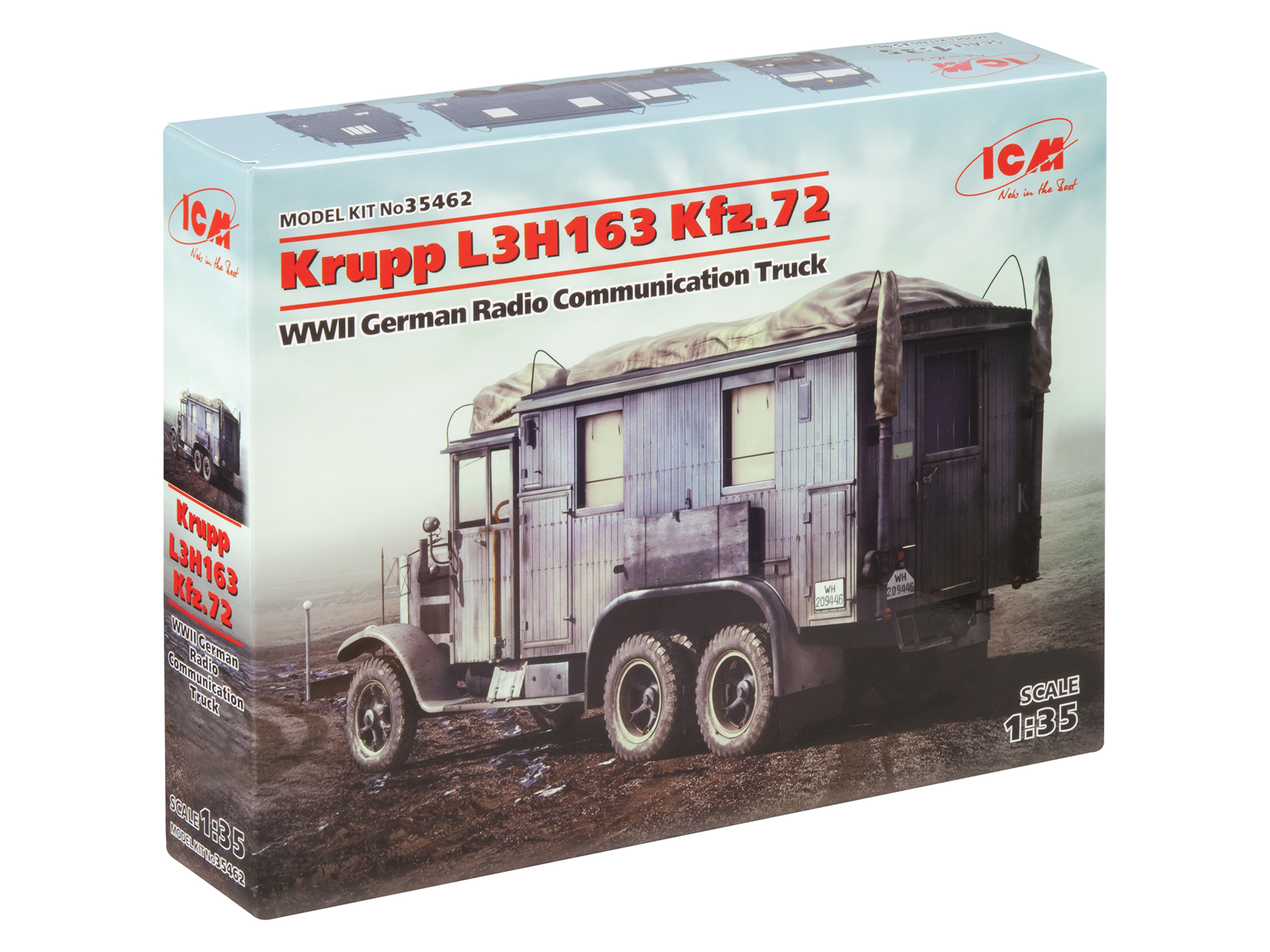 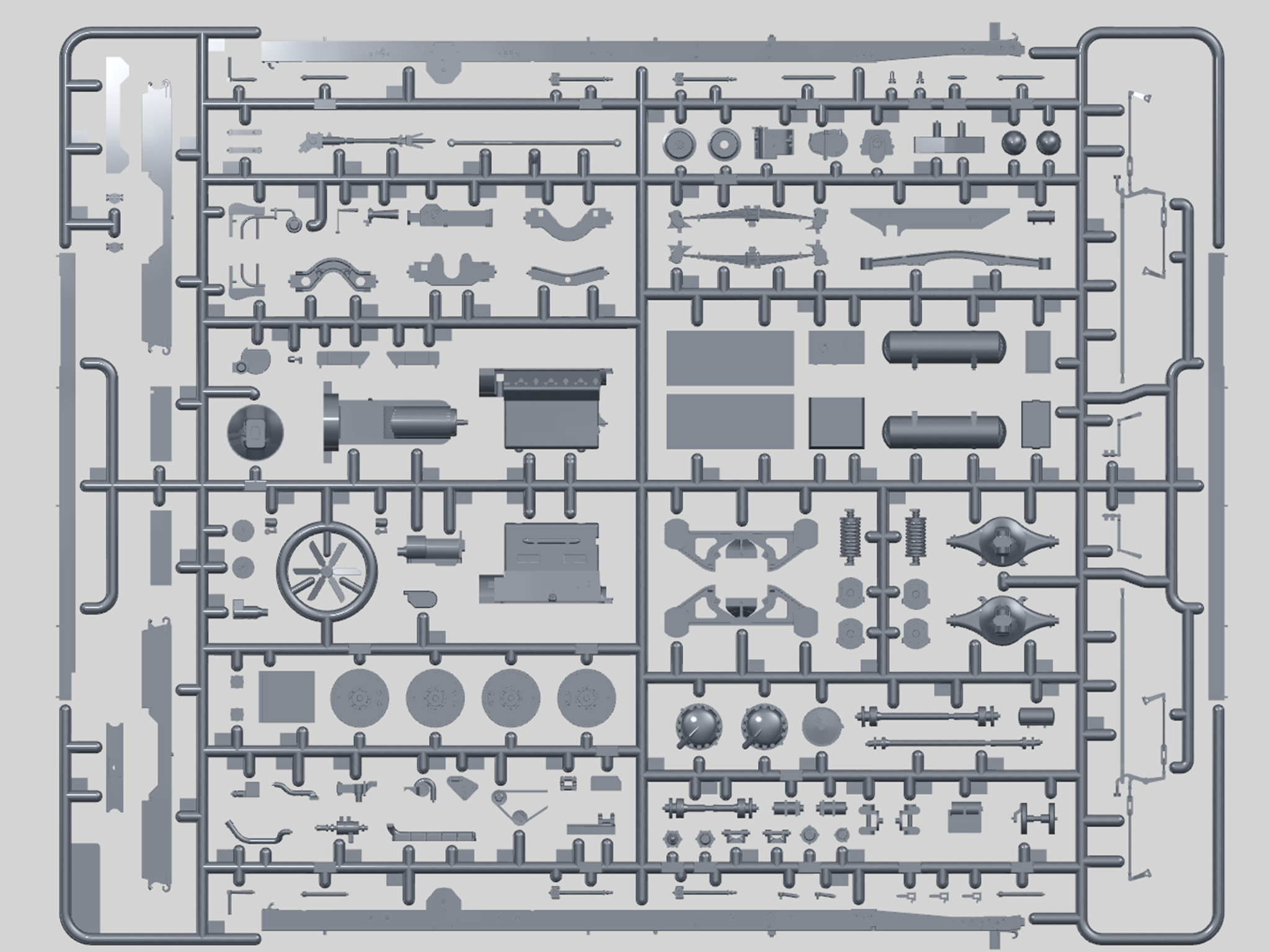 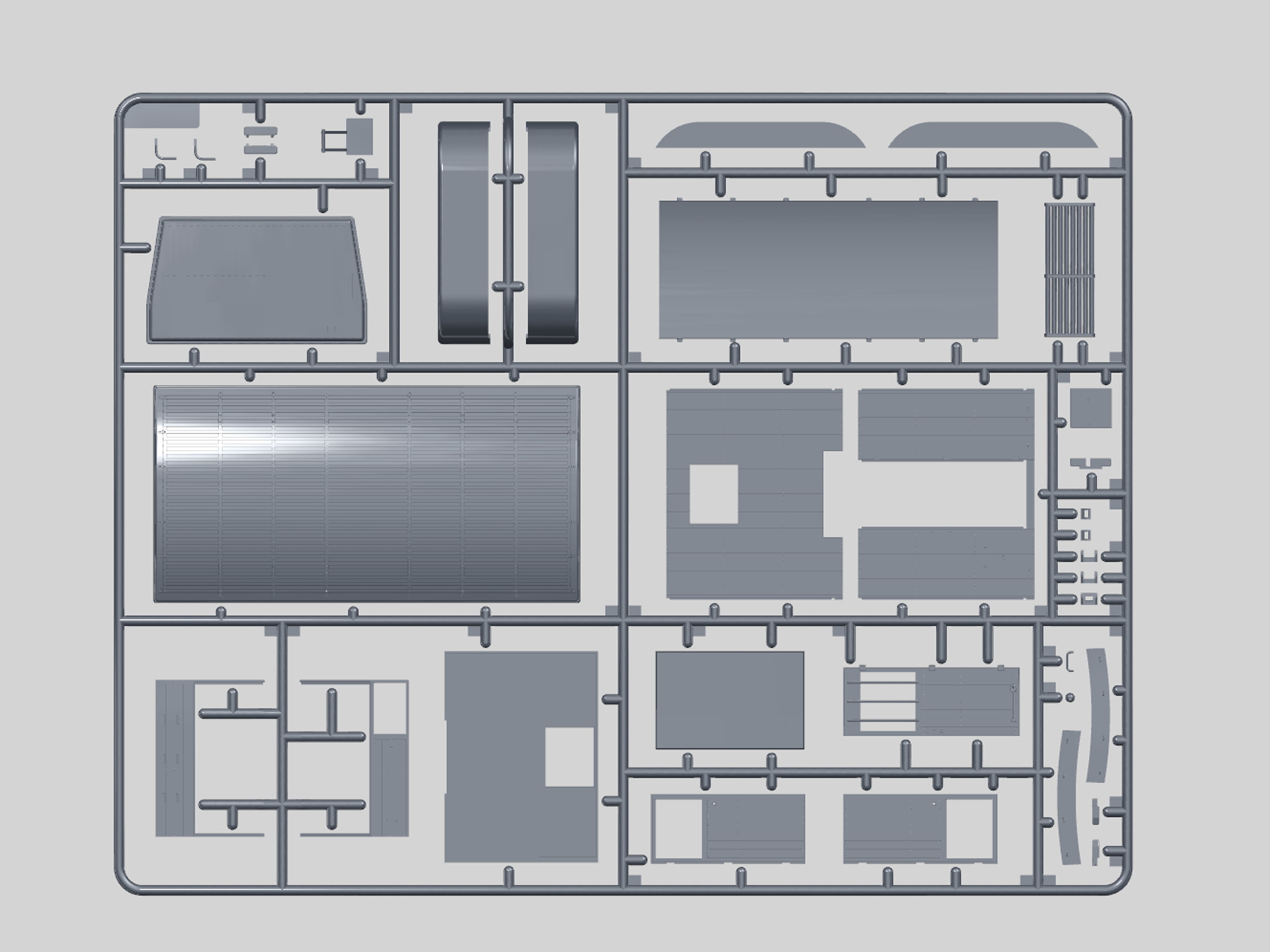 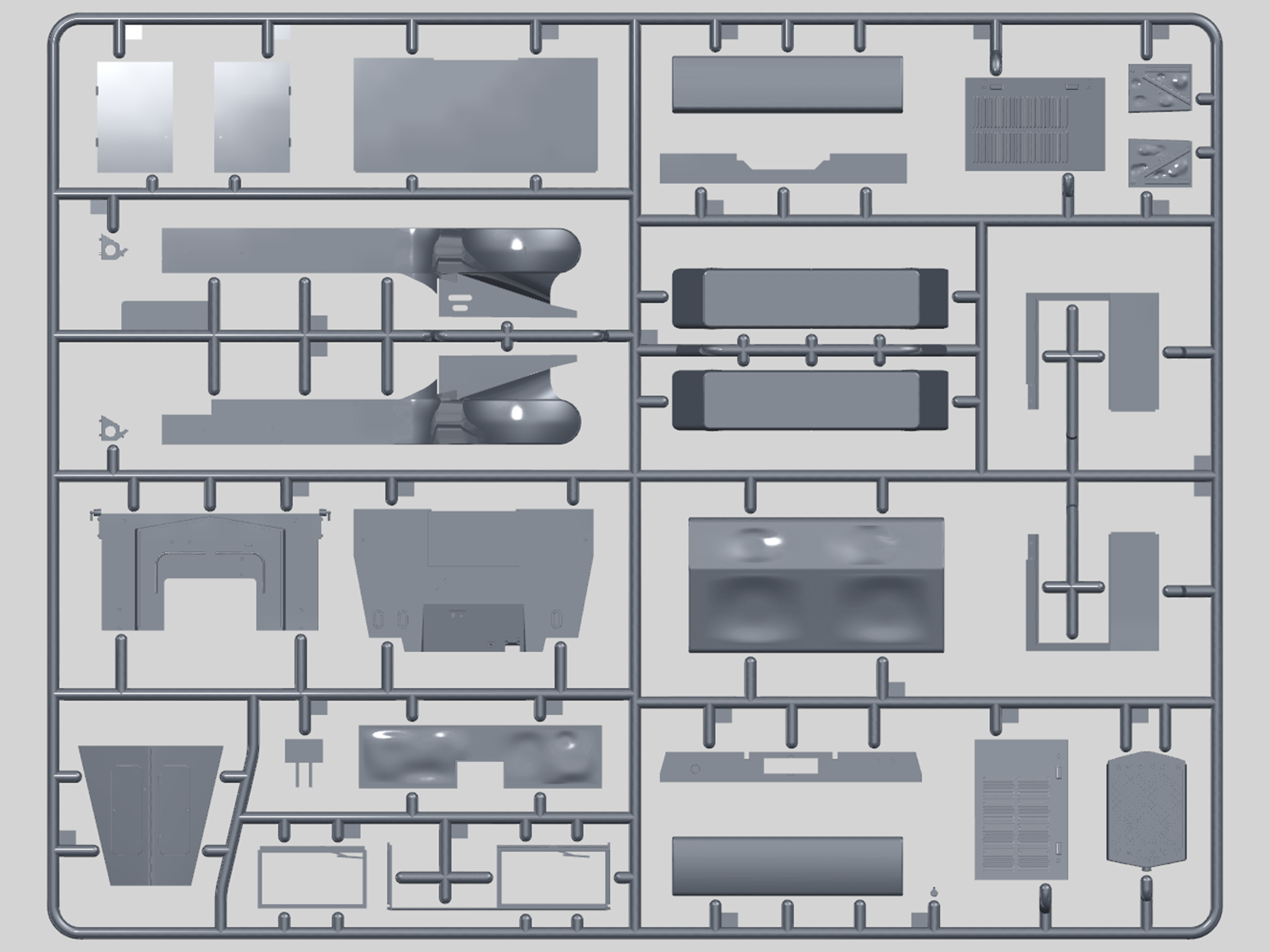 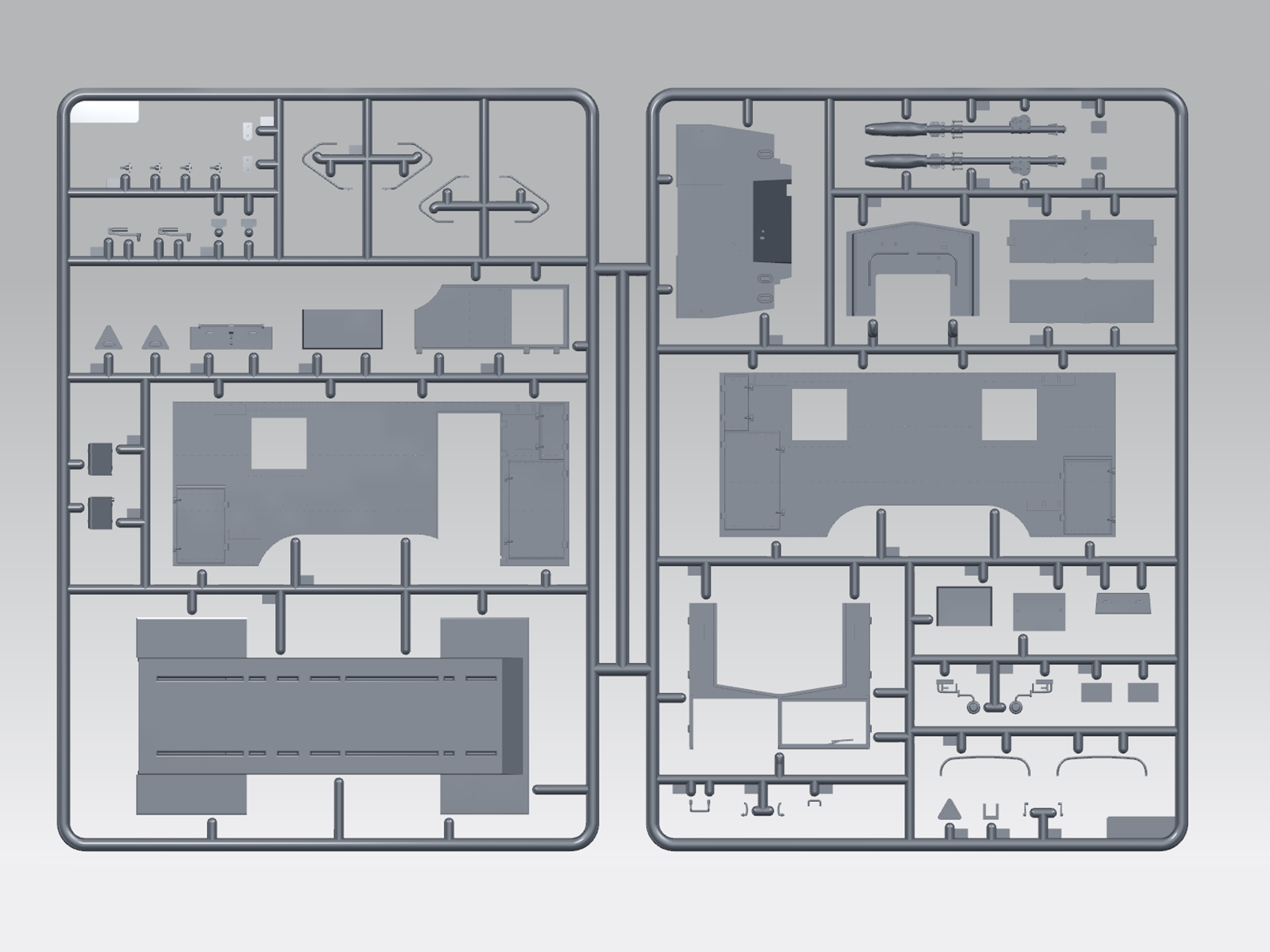 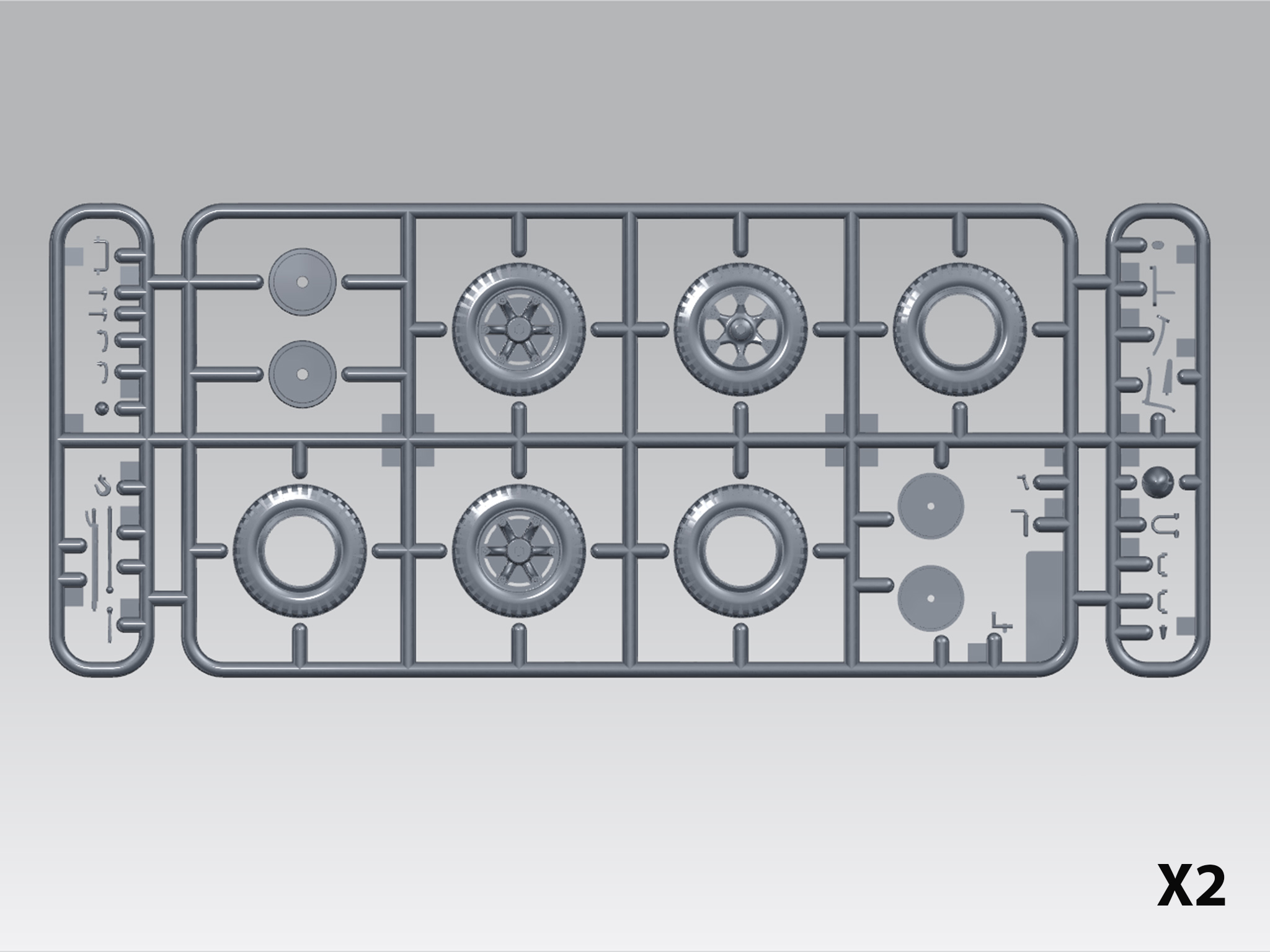 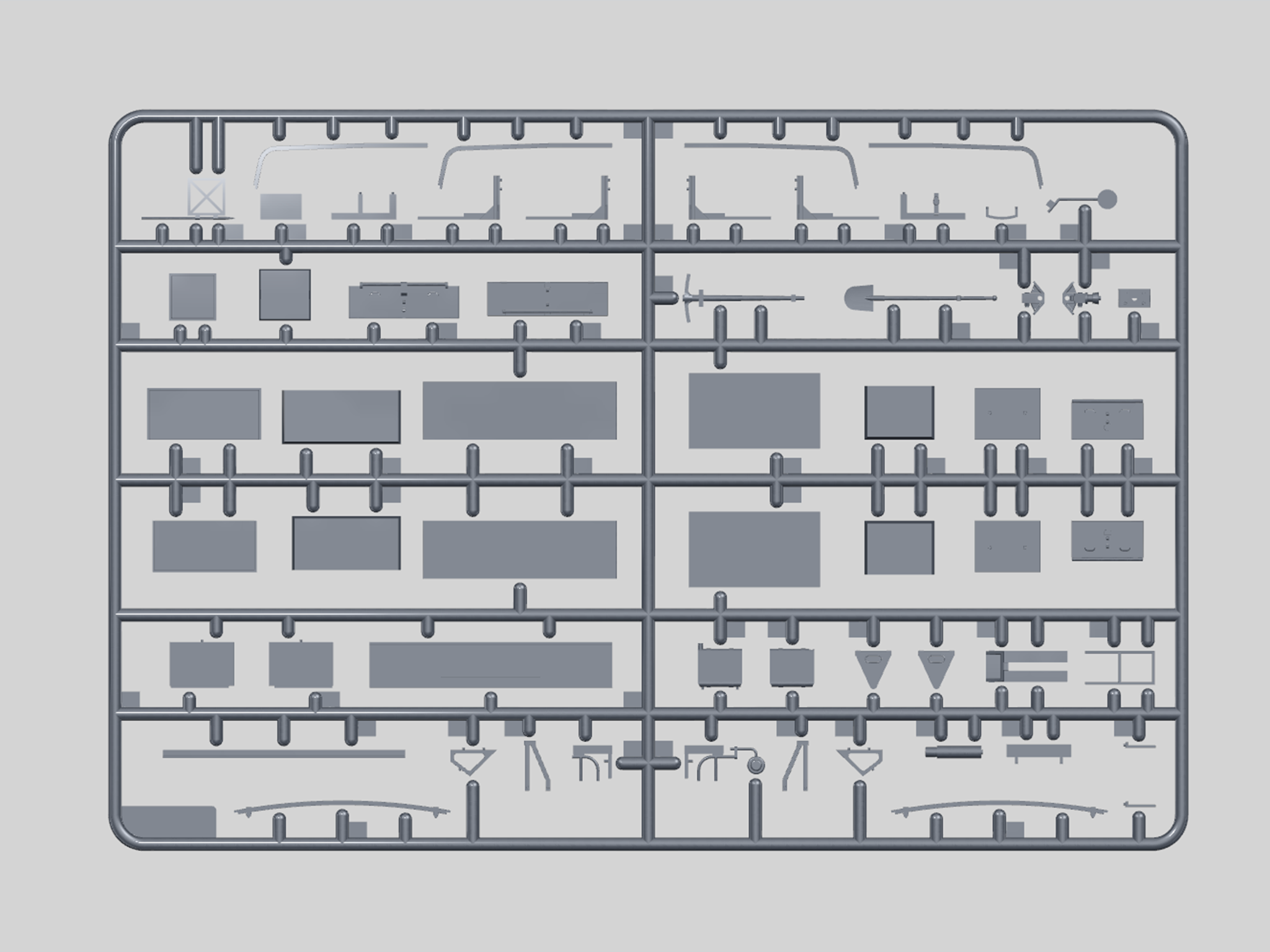 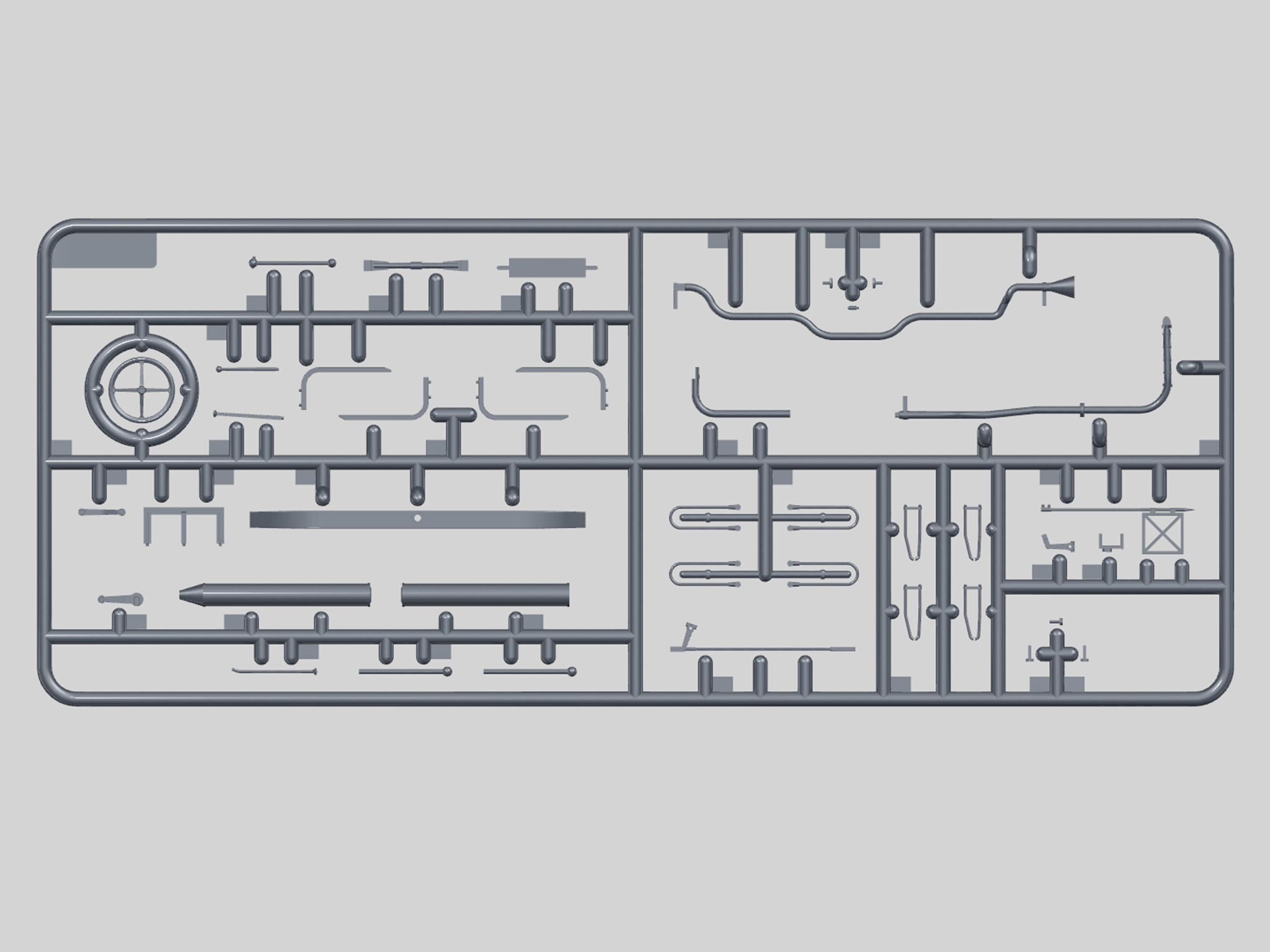 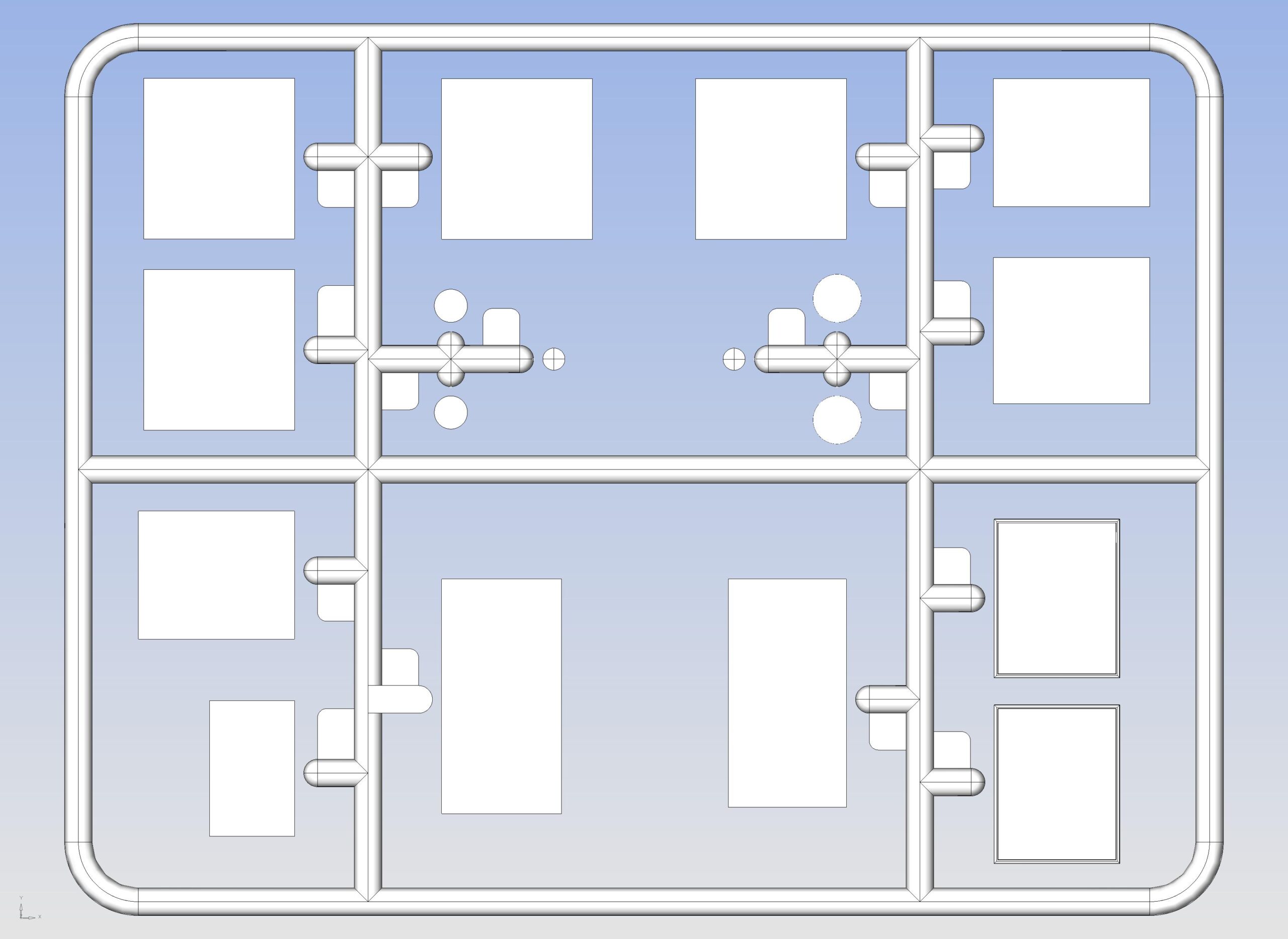 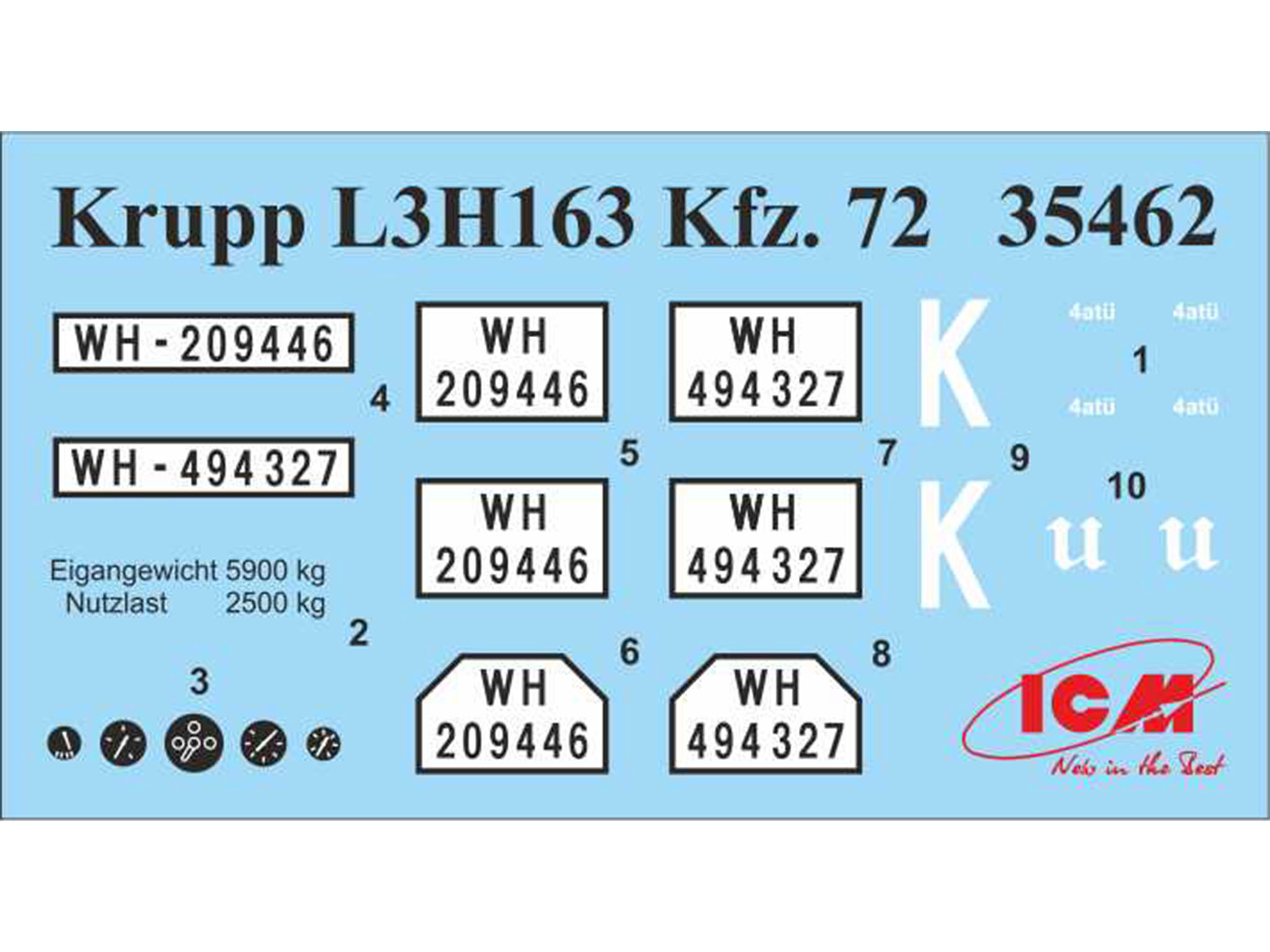 Germany began to build the modern army after 1933. The important part of Wehrmacht motorization was manufacturing of three-axle 3 t trucks. One of them was Krupp L3H63. It was in production lines since 1931. The modification Krupp L3H163 (1936-1938) had 110 hp 6-cyl. petrol engine and pneumatic brakes.

Some chassis had special bodies. One of them was Kfz.72 van body. These machines were used as transmitters and receivers in the powerful A/B mobile radio stations.