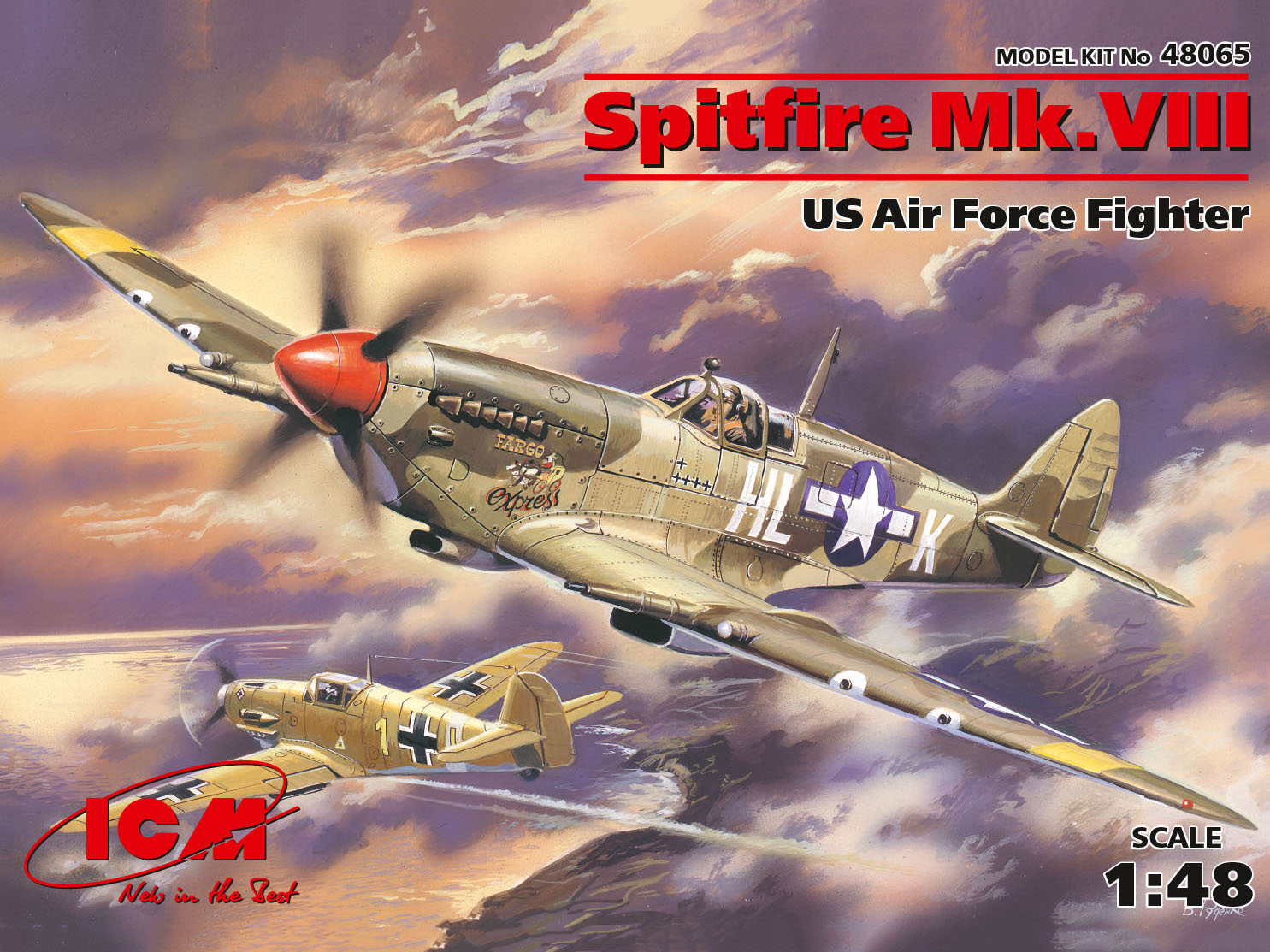 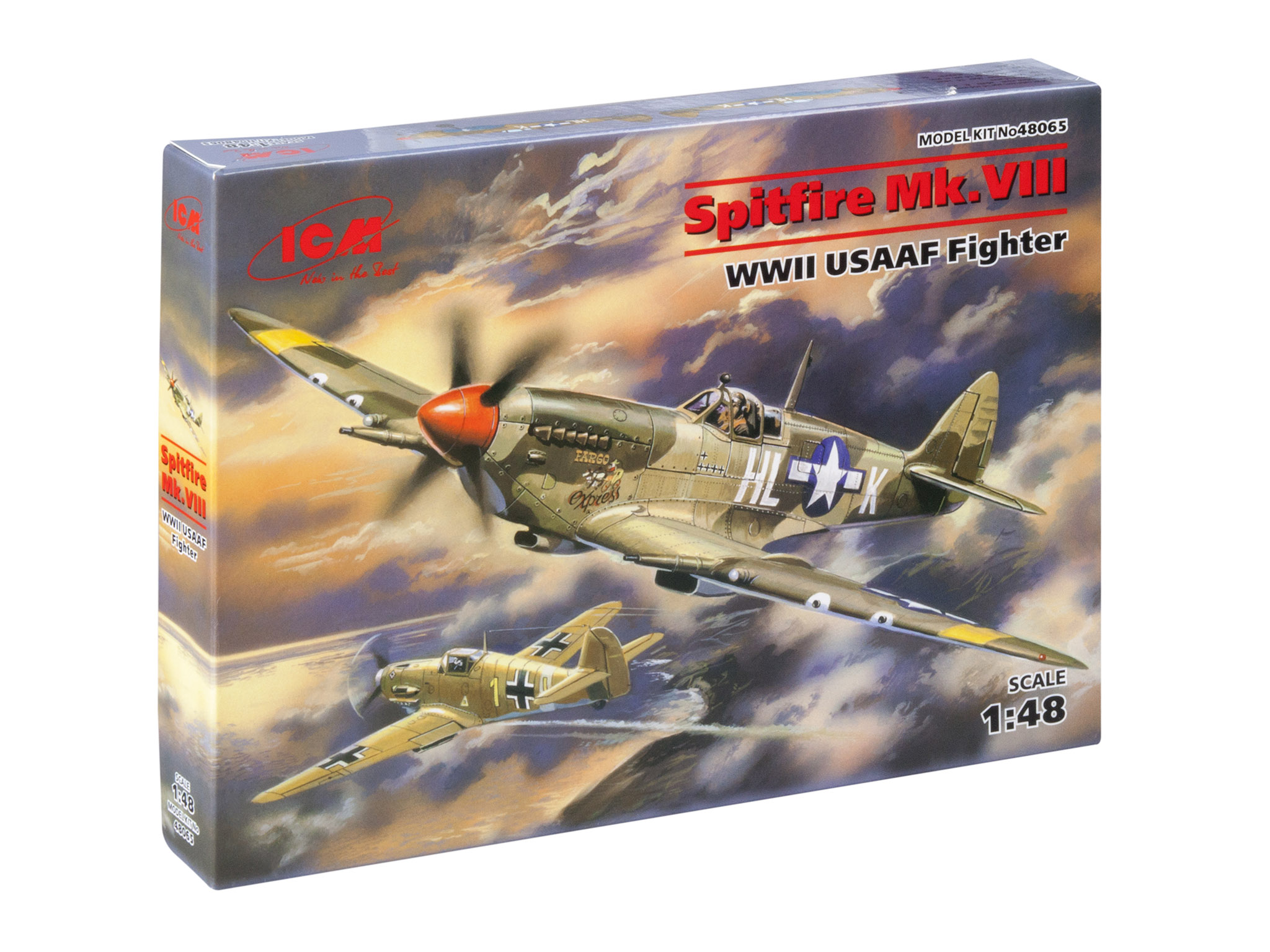 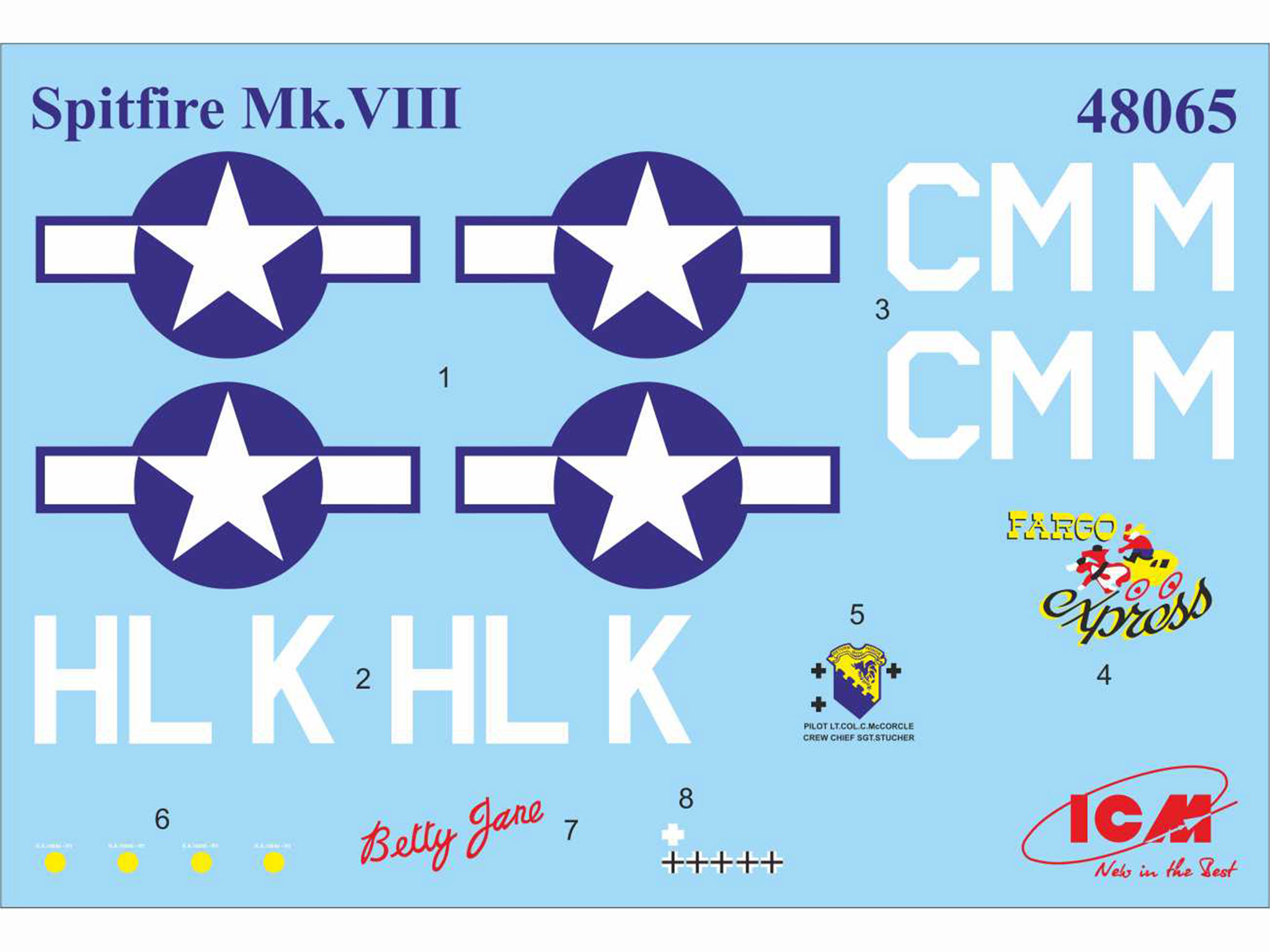 In 1943 began production of the Spitfire Mk.VIII modification with retractable tailwheel and increased range. These fighters served in the Mediterranean and Far East in USAAF and RAAF units.

Some Spitfire airplanes received American-built Packard Merline engines and designated as Spitfire Mk.XVI. Late-production aircraft had bubble-top canopies. Spitfires Mk.XVI were suited to low altitudes as fighters and fighter-bombers and were used in the end of war in Europe.