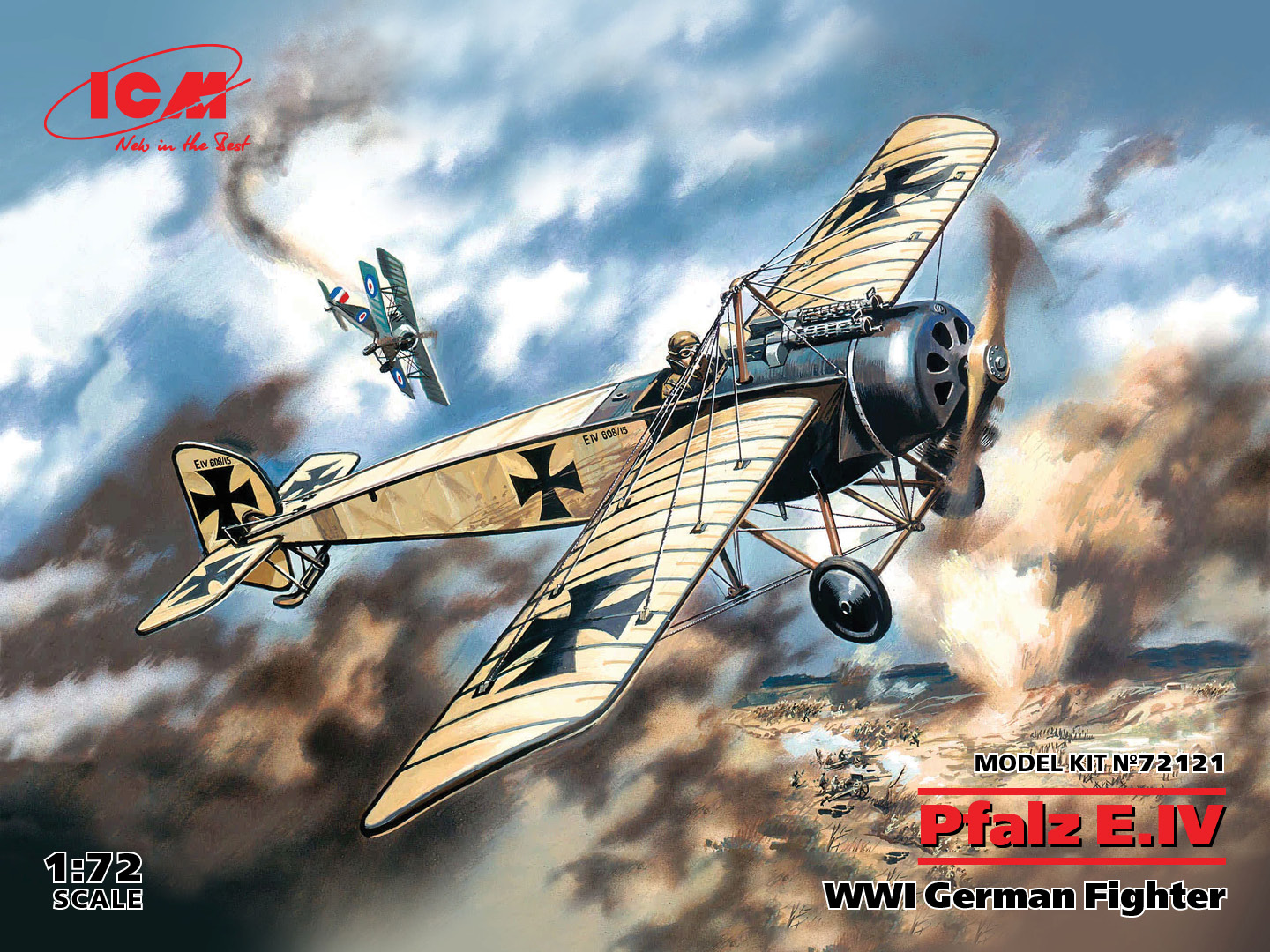 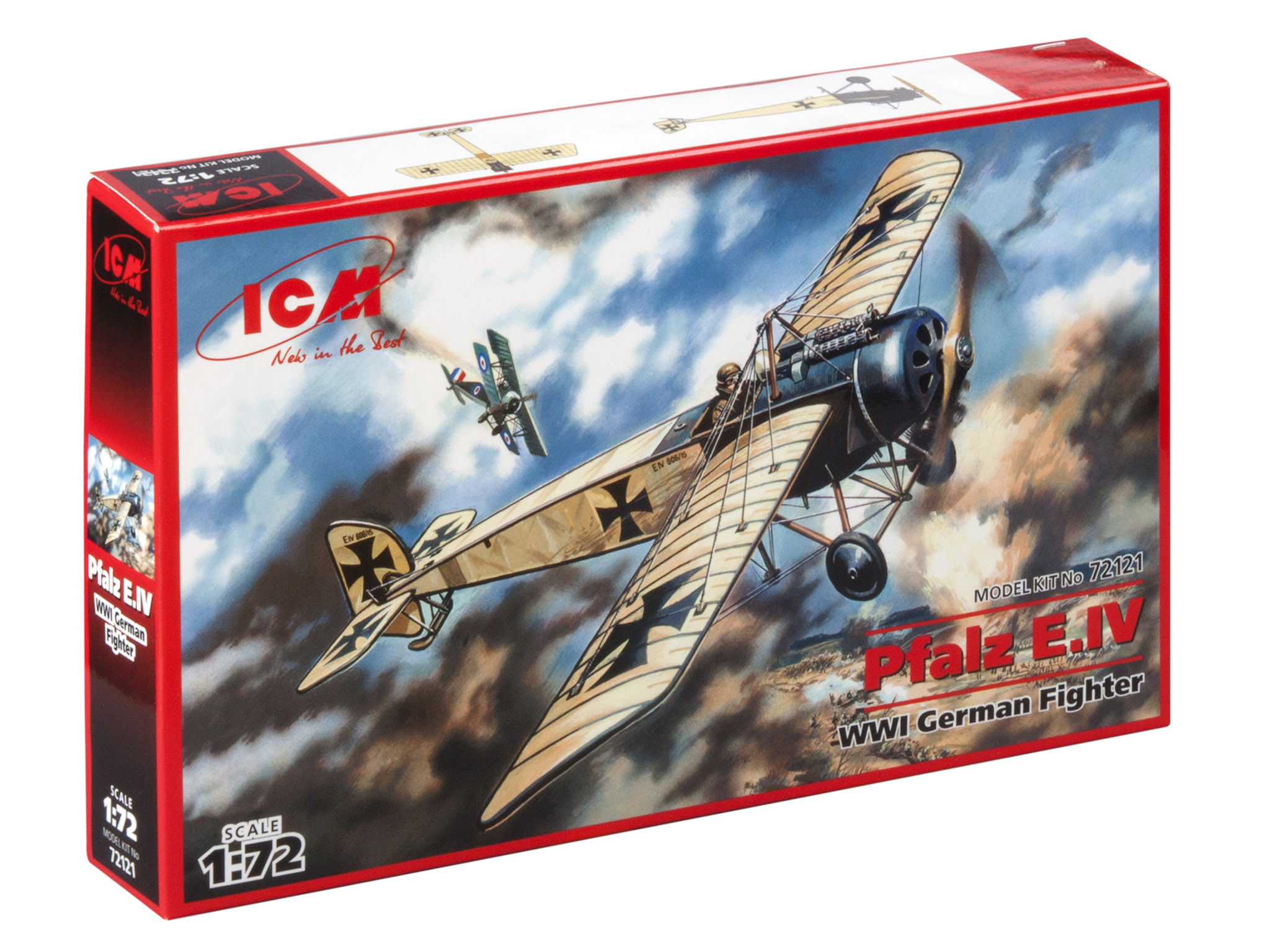 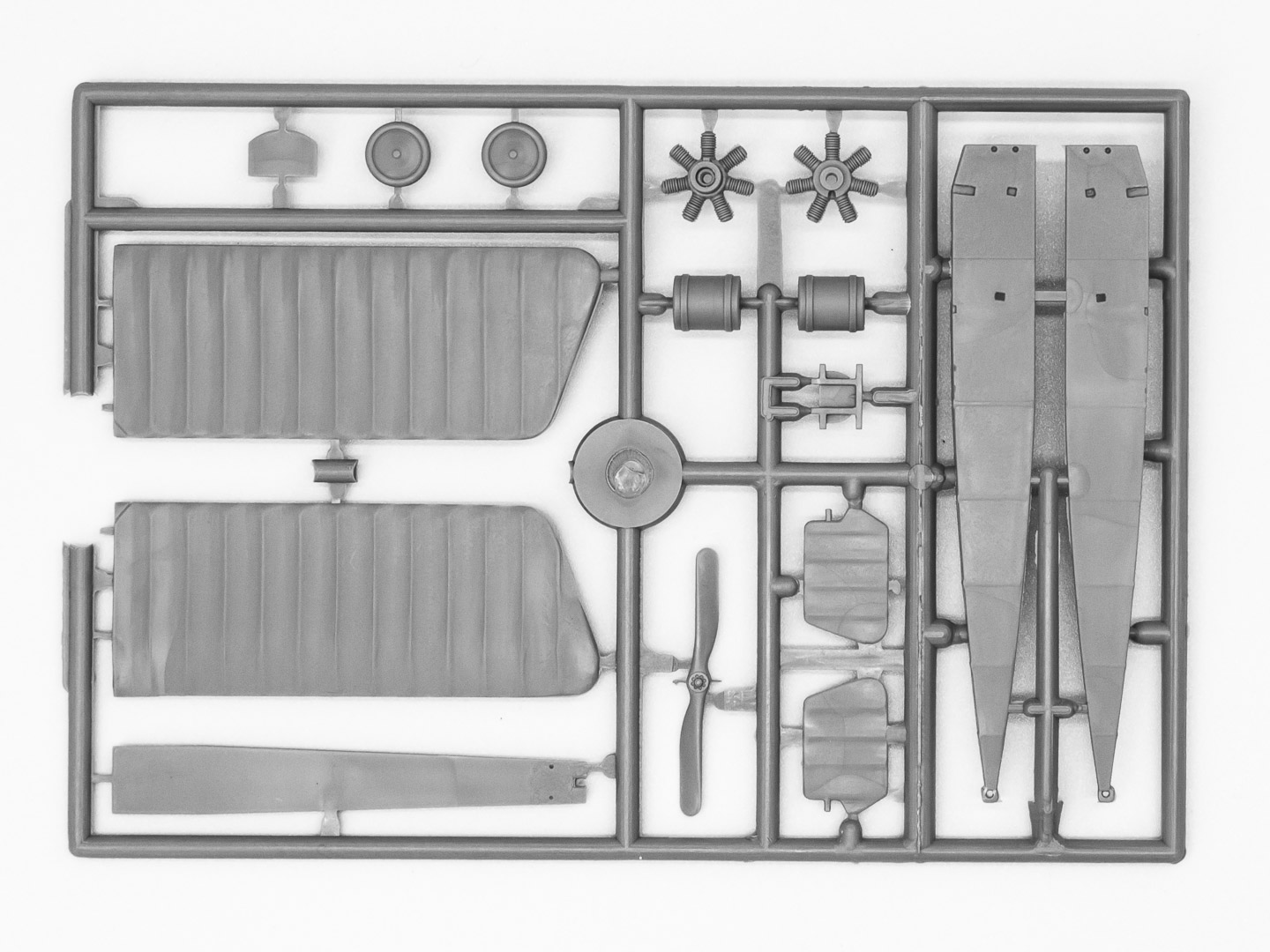 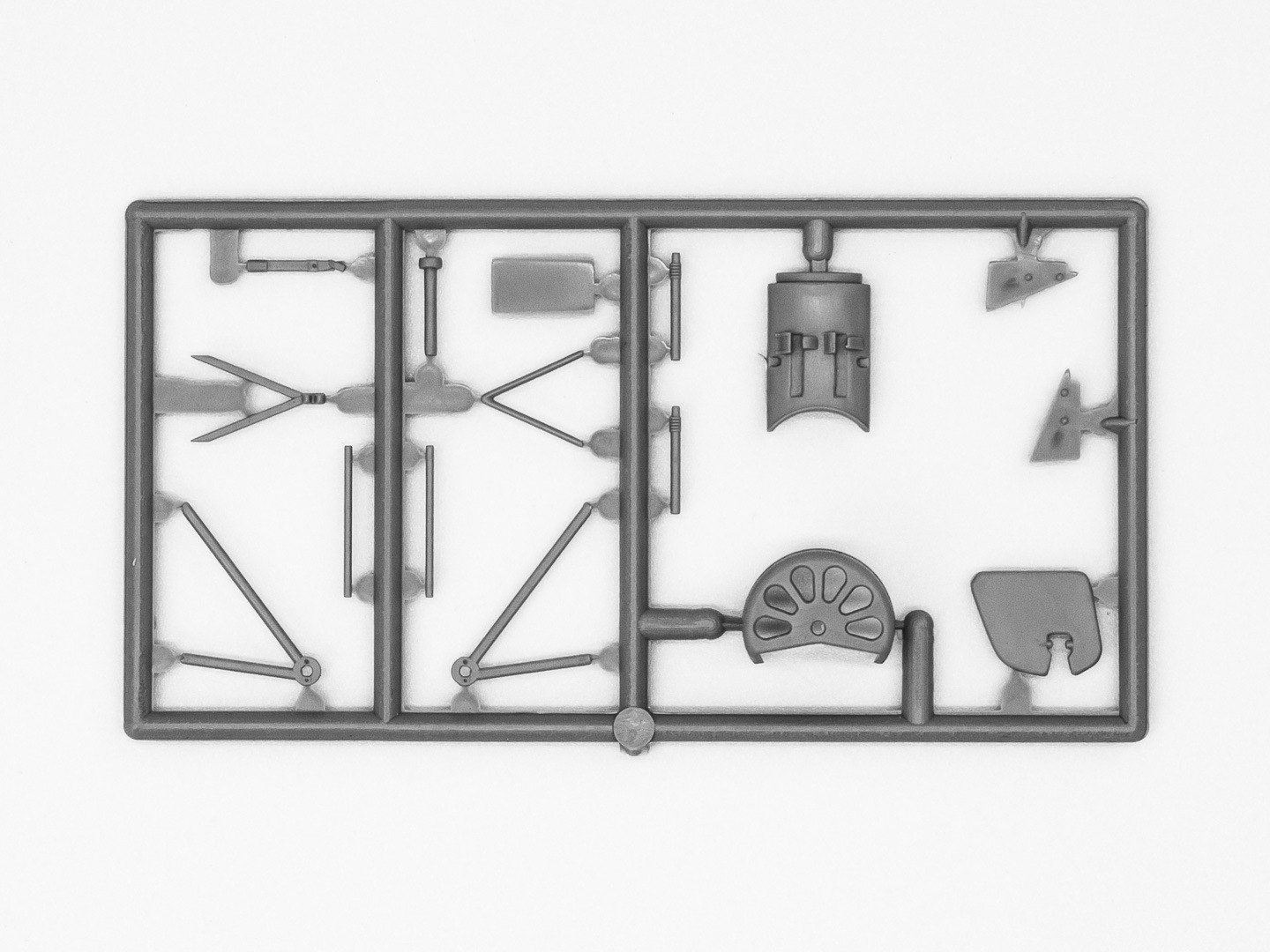 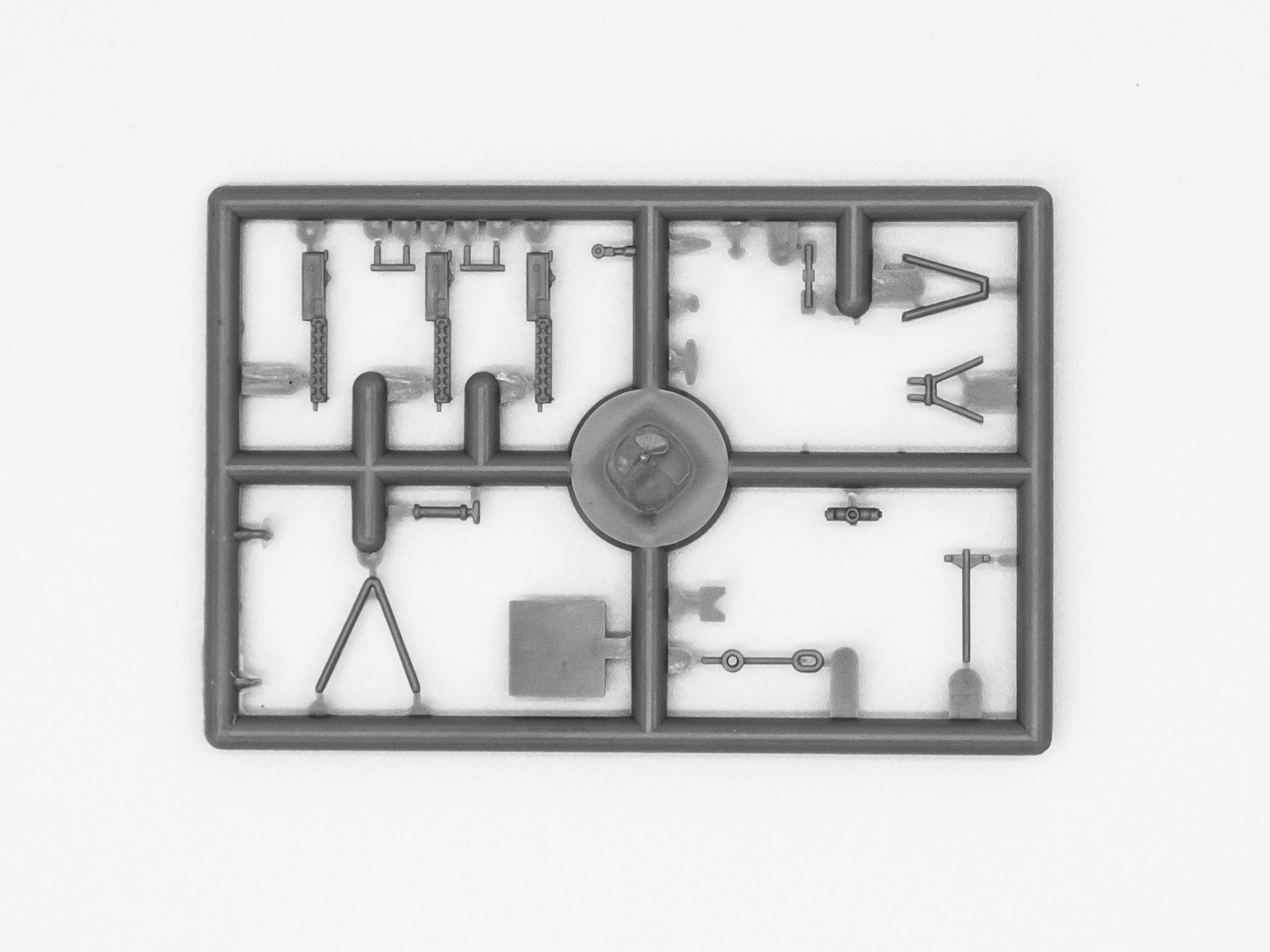 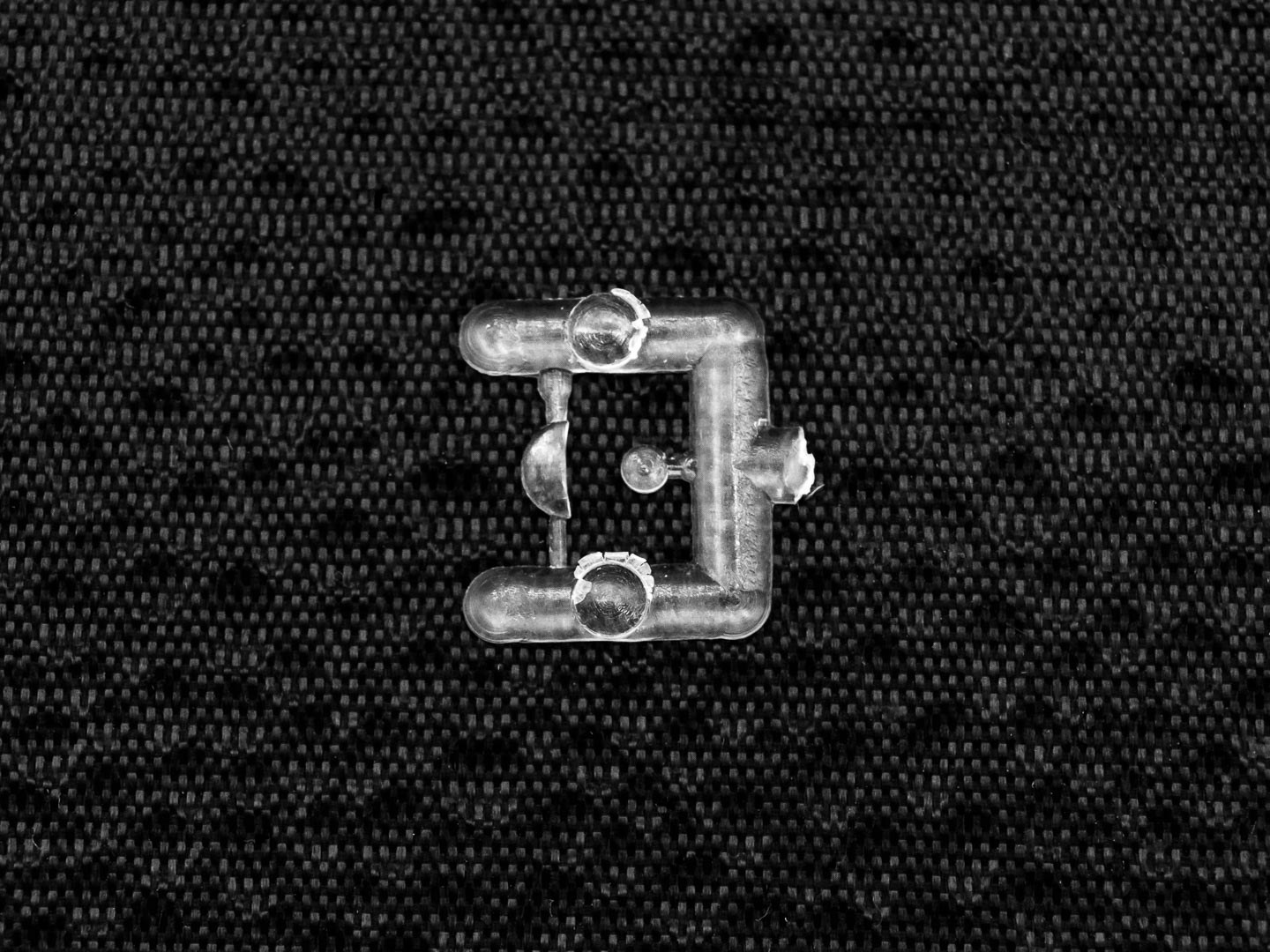 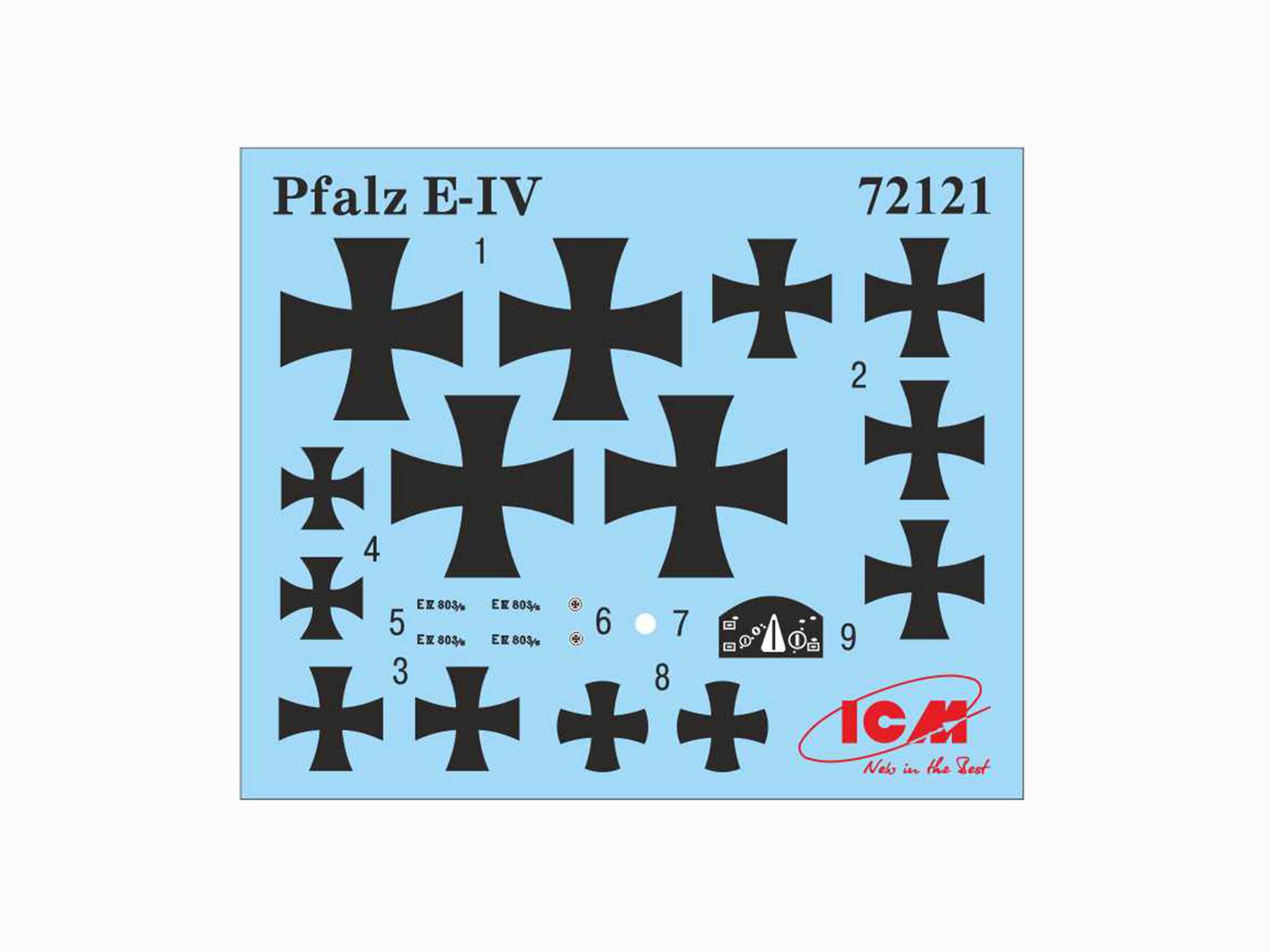 Pfalz E.IV was one of the first specialized fighter planes of Kaiser’s Germany.
Pfalz E.IV — monoplane fighter of mixed construction with fabric covering and aluminum cowlings of rotative engine and nose of fuselage. Some Pfalz E.IV were equipped with double-row radial rotative engine. During the initial stages of WWI Pfalz E.IV fighters made itself popular with German pilots because of high speed, quite good maneuverability and powerful for that period armament — two synchronized machine guns firing through propeller disc plane.
The Pfalz E.IV was piloted by the famous ace, hauptmann Rudolf Berthold, honored by the highest German award «Pour Le Mérite» (also called the «Blue Max») for his 28 victories. He gained three confirmed kills piloting Pfalz E.IV during March and April 1916.
In mid-1916, when the new types of fighters were posted to European fronts, the Pfalz E.IV aircrafts were transferred to the Eastern (Russian) front and to pilot schools.
All in all during 1915-1916 period 100 Pfalz E.IV were built.